There have been 13 cases of teams reaching 90 points in a Premier League season, and a mixed bag of follow-up signings for those involved.

From a false nine to a true nine, Manchester City will roll out Erling Haaland as last season's Premier League champions show off their marquee addition.

City won the 2021-22 Premier League with 93 points despite lacking a target man, pipping Liverpool on the final day of the campaign.

Liverpool, unlucky to come home second on 92 points, have made a big investment in buying Darwin Nunez from Benfica, a penalty-box predator like Haaland.

The 90-point mark is widely seen as a benchmark for a team's greatness, but managers always see room for improvement.

Here, Stats Perform looks at how 90-point-plus teams from seasons past have bolstered their ranks, and how they got on afterwards.

Manchester City are the only team in Premier League history to hit the 100-point mark, doing so in 2017-18, and they offloaded former kingpins Joe Hart and Yaya Toure at the end of that campaign, making just one big investment by signing Riyad Mahrez (£60million) from Leicester City.

Already a Premier League title winner with the Foxes, the Algerian winger has added three more league medals in Manchester, including one in his first season. 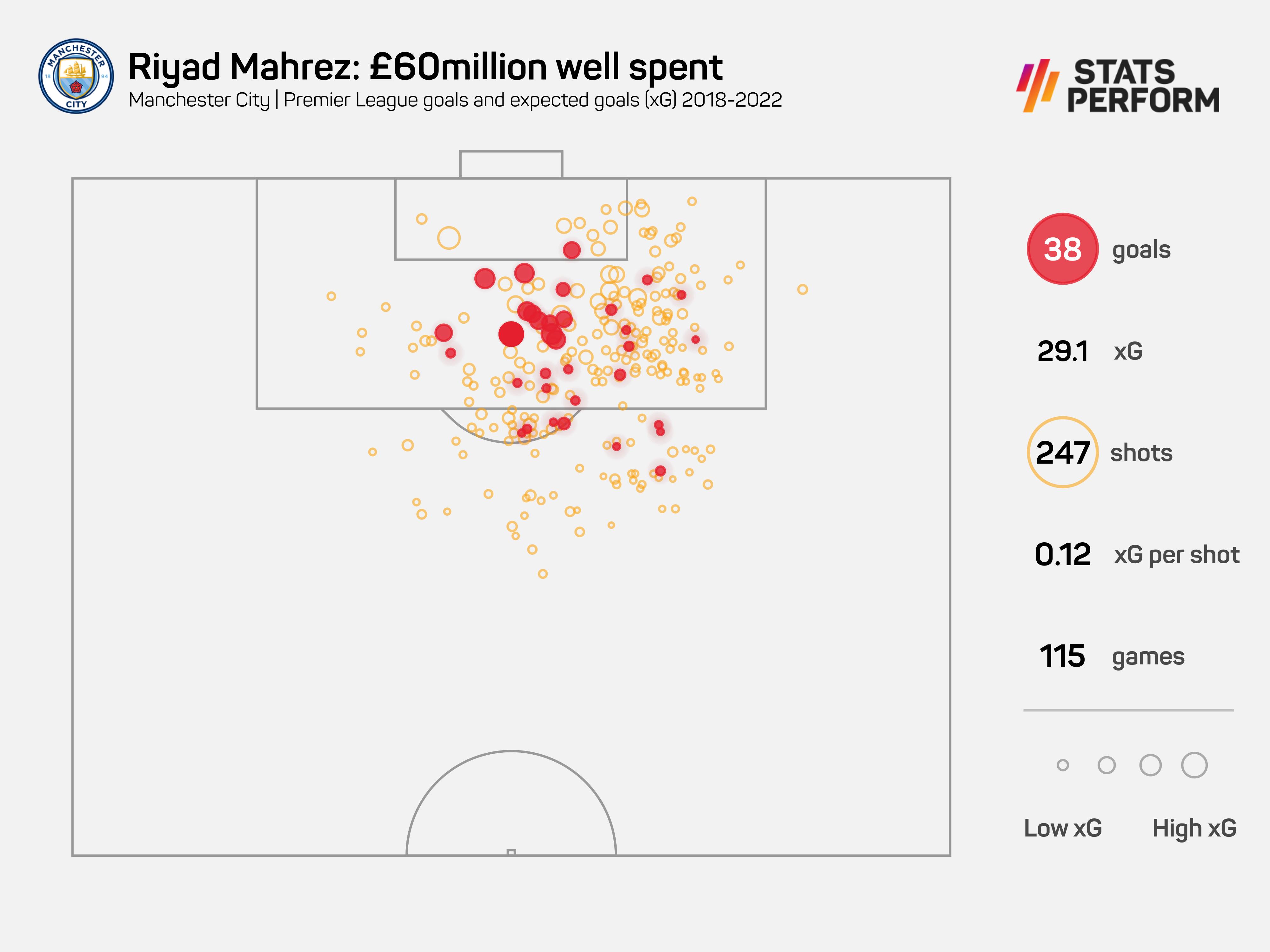 Liverpool denied City a hat-trick of consecutive titles by triumphing in the coronavirus-interrupted 2019-20 championship, finishing 18 points clear of Pep Guardiola's team. The Reds then spent the thick end of £75million to acquire Thiago Alcantara from Bayern Munich, Diogo Jota from Wolves and Kostas Tsimikas from Olympiacos.

They recouped around half of that by selling Dejan Lovren, Ki-Jana Hoever and Rhian Brewster, before finishing with 30 fewer points in the following campaign.

City's encore to their ton-up season was made remarkable by the fact Liverpool were hot on their heels, finishing just one point back. This 2018-19 title-winning effort by City was followed by captain Vincent Kompany taking flight for Anderlecht, while Danilo, Eliaquim Mangala, Fabian Delph and Douglas Luiz also said goodbye.

Guardiola invested wisely as Rodri (£62.8m from Atletico Madrid) and Joao Cancelo (£60million from Juventus) arrived. Both became staple members of the City side, but their first season on Premier League duty, as Liverpool romped to glory in front of empty stadiums, was probably best forgotten.

Liverpool must have wondered what it would take to topple City after the seismic 2018-19 campaign, although the Reds' Champions League win showed they were firmly on the right track. This 97-point haul is the highest total any Premier League runner-up has secured.

Jurgen Klopp decided no big adjustments were required, investing in Takumi Minamino from Salzburg (£7.25m) and Harvey Elliott from Fulham (£1.5m, rising to £4.3m). He had done his serious spending the previous year, securing Naby Keita, Fabinho and Alisson.

When big-spending Chelsea landed a then-record 95 points in the 2004-05 campaign, the response from the Blues, in the headiest phase of the Roman Abramovich era, was to splash more cash.

Shaun Wright-Phillips (£21m) and Michael Essien (£24.4m) were newcomers as Jose Mourinho evicted Mikael Forssell, Scott Parker, Mateja Kezman and Tiago. The result of that trading? A second consecutive title as the Premier League points mercury rose up into the 90s again. 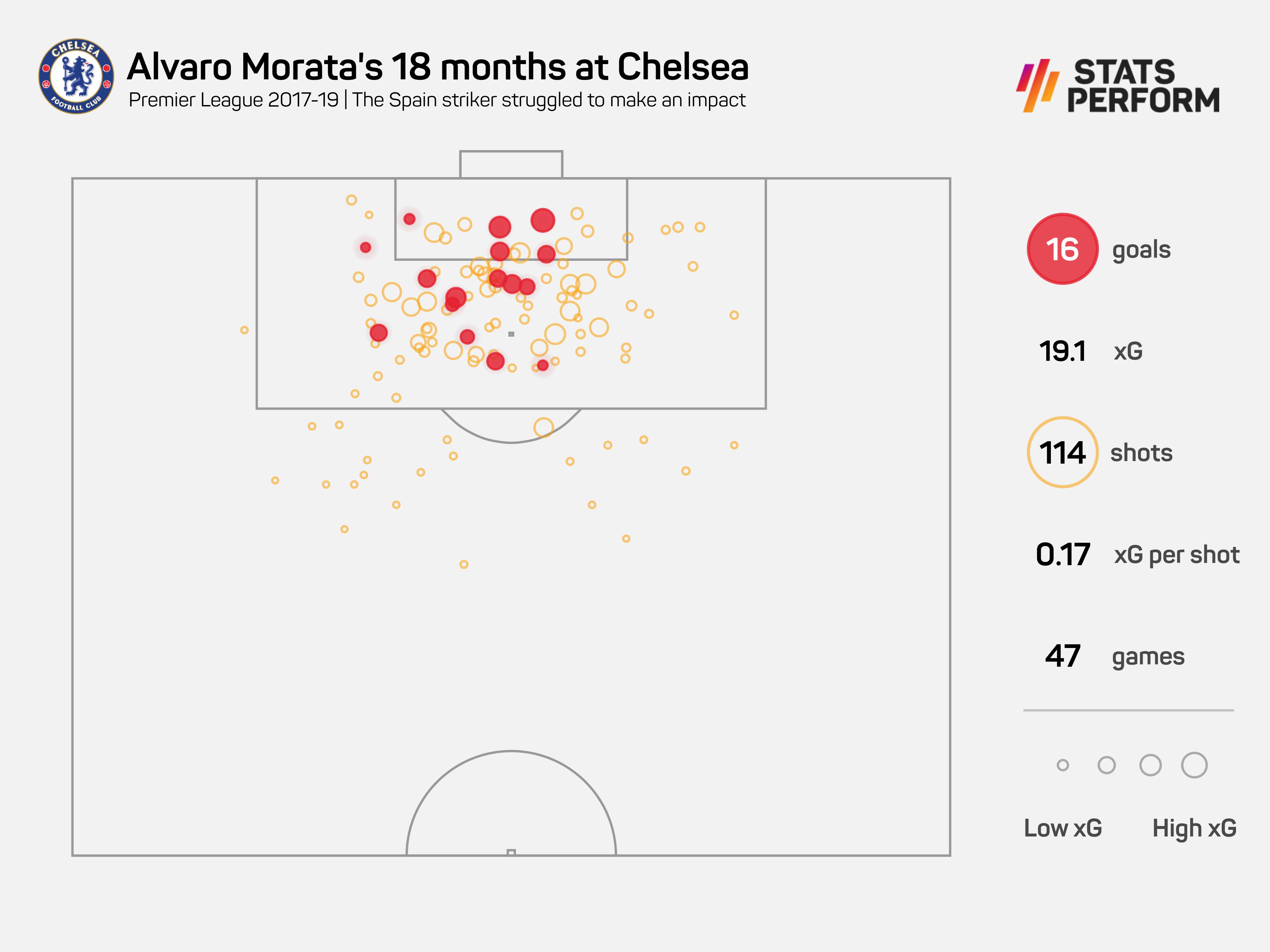 Manchester United were the first Premier League side to top 90 points, in 1993-94, albeit in a 42-game competition. After that title, United's second in succession, Bryan Robson left to become player-boss at Middlesbrough and David May (£1.4m) was bought from Blackburn Rovers. United went chasing a hat-trick of titles in the subsequent season but found big-spending Blackburn too strong. The record £7million arrival of Andy Cole midway through the campaign could not rescue Alex Ferguson's side, who tallied 88 points, one fewer than the champions.

Liverpool's 92-point season came last time out. It remains to be seen how Nunez (£64m) copes with the Premier League spotlight. Among a string of departures was Sadio Mane, who left for Bayern Munich. Mane scored 90 goals in 196 Premier League games with Liverpool.

Manchester United followed their treble campaign with a 91-point haul in 1999-2000, before signing up France goalkeeper Fabien Barthez (£7.8m). They tallied 80 points in 2000-01, enough to finish 10 clear of second-placed Arsenal.

With Wright-Phillips and Essien on board, Chelsea notched 91 points in 2005-06. At the end of that season, the Blues swooped for Michael Ballack (free), Andriy Shevchenko (£30m), Arsenal's Ashley Cole (£5m, plus William Gallas) and John Obi Mikel (£16m). They were second best to Manchester United in the following season's Premier League, but enjoyed FA Cup and EFL Cup wins.

Two teams have scraped the 90-point mark, Arsenal doing so in their 'Invincibles' season of 2003-04, with 26 wins and 12 draws. They signed young Dutchman Robin van Persie (£2.75m) towards the end of that campaign and he arrived in the summer. Newcomer Mourinho led Chelsea to the following year's title, with Arsenal runners-up.

Manchester United got to 90 in 2008-09 – Cristiano Ronaldo's last season before his £80million Real Madrid switch. Manager Ferguson then brought in Antonio Valencia (£16m), Michael Owen (free), Gabriel Obertan (£3m) and Mame Biram Diouf (£4million), with Valencia the only one to become a regular. With Ronaldo gone, Chelsea edged out United by a point for the following year's title.

Anthony Joshua pointed out this will be his 12th world heavyweight title fight in a row, and at that level, losses are not shameful.

Madison Keys had never beaten Iga Swiatek, or a reigning world number one in her career. The wait finally ended in Cincinnati on Thursday.

Stuart Broad joined James Anderson as he became the second bowler to reach 100 wickets in Lord's Tests, but it was not to be England's day.

Harry Kane scored a dramatic late equaliser to secure a point at Chelsea, but what happened in the build-up has proved highly controversial.

The US Open singles champions will receive $2.6million each this year as part of a $60m prize pot announced on Thursday.

After announcing their schedule release for 2022-23, the Los Angeles Lakers revealed they will be retiring Paul Gasol's jersey next March.

Rodgers: Fofana not for sale

Chelsea are reportedly keen on bringing Wesley Fofana to Stamford Bridge, but Leicester City have no intention of letting him go.

Mexican winger Jesus Manuel Corona was taken away by ambulance after suffering devastating leg and ankle injuries in training with Sevilla.