Golden State Warriors superstar Stephen Curry will get his hand injury checked out but is not expecting to be sidelined.

Stephen Curry was "a little concerned" about a hand injury he sustained in the Golden State Warriors' thrashing of the Chicago Bulls on Friday but declared: "I'll be all right."

Curry fell on his right hand during the Warriors' 138-96 rout of the Bulls at United Center – their 10th consecutive victory over Chicago.

The seven-time NBA All-Star, who scored 19 points, was initially worried about the damage he may have done, but says the pain did not last for long.

He said: "Anything that involves the hands, especially the right one, you're a little concerned. But the feeling came back, the strength came back. It hurts, but I'll be all right."

Curry added: "I have some PTSD from [a hand injury sustained] two years ago. When I landed, it felt kind of the same, but we'll get it looked at and figure it out. Should be all right."

Rookie forward Jonathan Kuminga top-scored with 25 points in 26 minutes for Golden State, with Jordan Poole and Andrew Wiggins finishing with 22 and 21 points respectively.

Klay Thompson was rested as he eases his way back from a long injury lay-off, while Draymond Green could return from a calf injury against the Detroit Pistons on Tuesday.

The Warriors' demolition of Eastern Conference leaders Chicago (27-13) was only their second win in six games and moved them to 31-11, sitting second in the Western Conference behind the 32-9 Phoenix Suns. 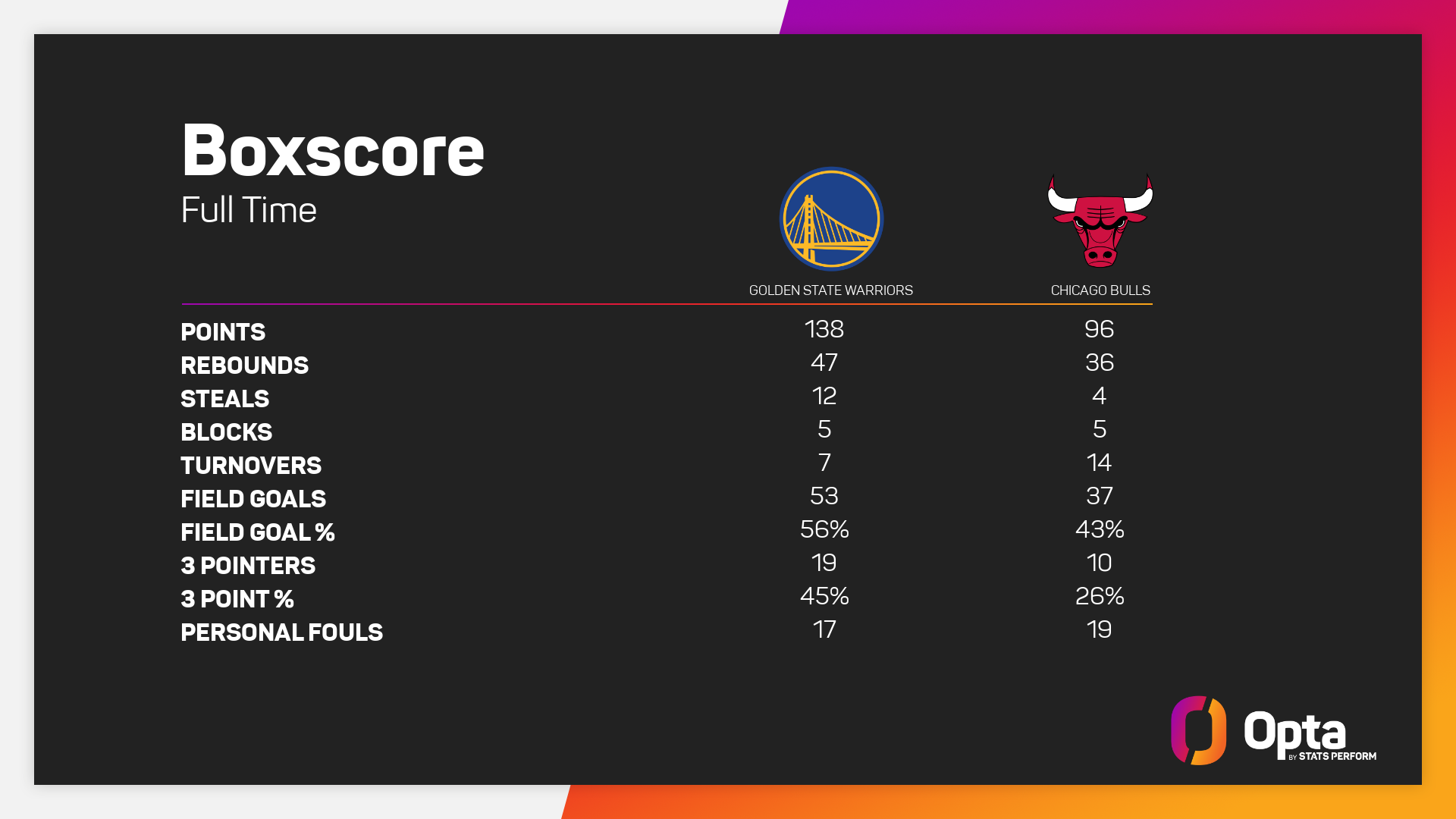 Brendan Taylor has been banned from cricket until July 2025 after accepting ICC charges over delayed disclosure of a spot-fixing approach.