David Luiz and Weverton spoke to Stats Perform to preview the Copa Libertadores final between Flamengo and holders Palmeiras.

The Copa Libertadores is a competition like no other, just look back at the 2018 final between bitter rivals River Plate and Boca Juniors.

The second leg of the all-Argentinean decider was sensationally played at Real Madrid's Santiago Bernabeu in the Spanish capital three years ago after Boca's team bus was attacked by River supporters en route to El Monumental for the initially scheduled return encounter.

Fast forward to this week – Flamengo and titleholders Palmeiras will do battle at Uruguay's iconic Centenario stadium in Montevideo. Saturday's final is only the fifth decider to feature two teams from the same country in the tournament's history. Four of those fixtures have been all-Brazilian showdowns after Palmeiras trumped rivals Santos last season.

As Palmeiras bid to become the first team to retain the Libertadores crown in 20 years – Boca were the last to do so in 2001, star goalkeeper Weverton provided an insight into the emotion-fuelled competition, which was founded in 1960.

"Really, our side here is much more passion than reason," Brazil international Weverton – who has called Palmeiras home since 2018 – told Stats Perform as he explained what it means to play in the Libertadores decider. "I say that in Europe, people go watch a show, go to have fun, they go with their family to watch a show. The Brazilian football the families go to the stadium to watch your team win. He wants his club to win, and it doesn't matter what it takes. He doesn't go to the stadium to watch a match, have fun, and take his son to wave to his favourite player. No. He goes to the match so he can see his team winning. This is the big difference from our football.

"We always want to win. We are very competitive. Sometimes we do a match here that is… Abel [Ferreira] always says that those who lose will give food to people in need. So, we have three teams and the worst one has to pay. We get very competitive on that. Nobody wants to lose. Even if it is not that much money. It is competitive. Brazilian football is all about that. We don't know how to lose; we don't accept losing. Sometimes people say that we need to accept the defeat, but it is in our Brazilian blood to compete.

"We see the Champions League as a show, but Libertadores is not like that. When you play Libertadores, you are going to the battle. I think that is the difference between South American football, the Brazilian football, from European football." 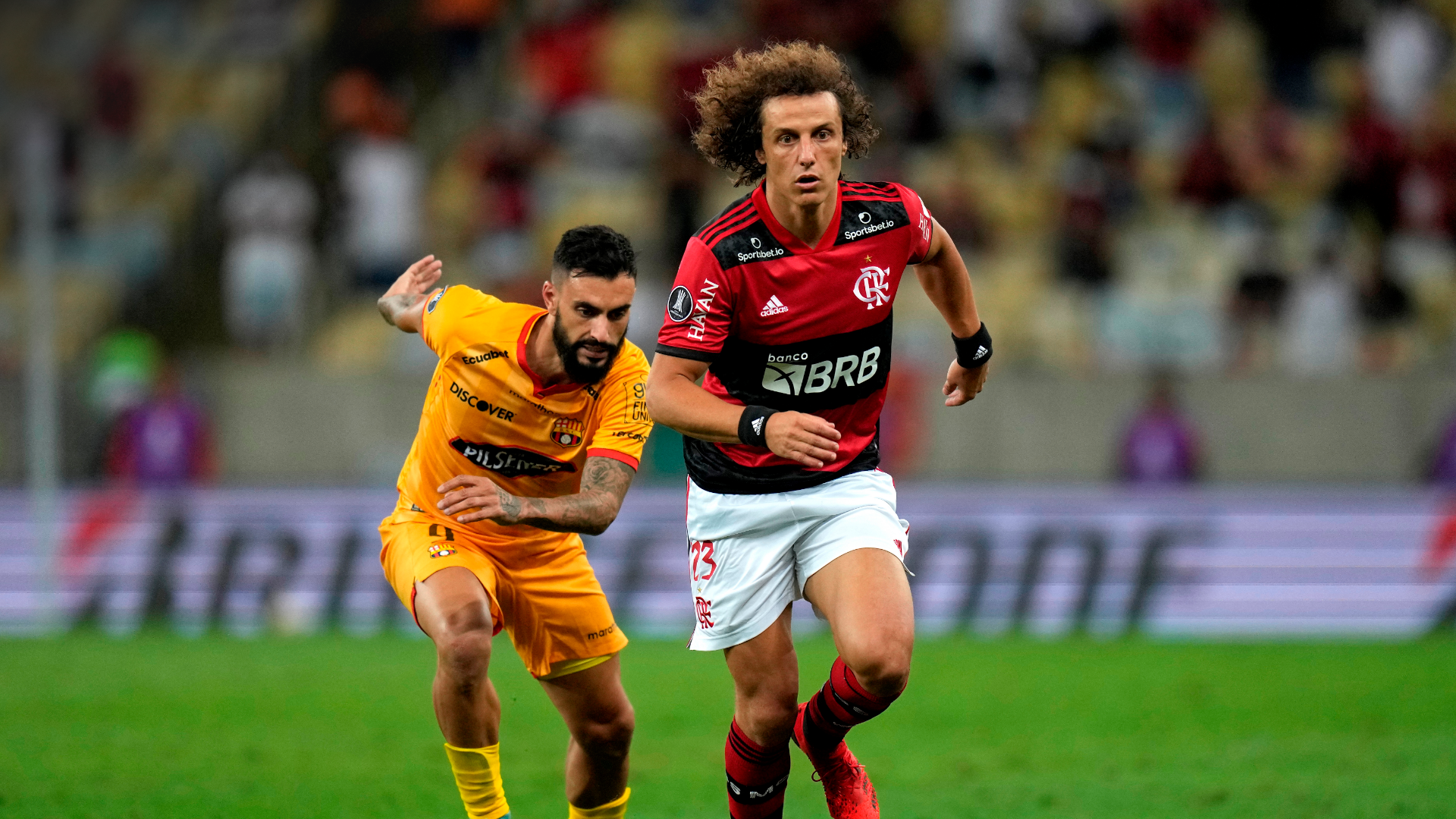 This year's Libertadores final is the first in history to feature the winners of the past two tournaments – Flamengo conquered South America in 2019 before Palmeiras got their hands on the trophy thanks to Breno Lopes' 99th-minute winner last year.

Montevideo brings back good memories for two-time champions Flamengo, who trumped Chile's Cobreloa in 1981 for their first Libertadores trophy 40 years ago.

"That is something that brings up good memories," star Flamengo defender David Luiz told Stats Perform. "Without a doubt, we must carry this and bring that to us in a totally positive way. That is a place where every 'flamenguista' was happy. Why not be happy again?"

David Luiz joined Flamengo in September following his exit from Arsenal at the end of last season.

"I always said that since I came here that I am privileged in this group," David Luiz said. "I arrived at the best time of the competition. I could play the semi-finals, and now it is the best part of the cake. That is playing this great final. I am anxious, I want to play it.

"It was always a dream for me to be playing in my country. I could accomplish that after I left Brazil while I was with the national team. But now I am representing America's best team. And I can be in the final of the biggest South American competition. Without a doubt, that is very, very special." 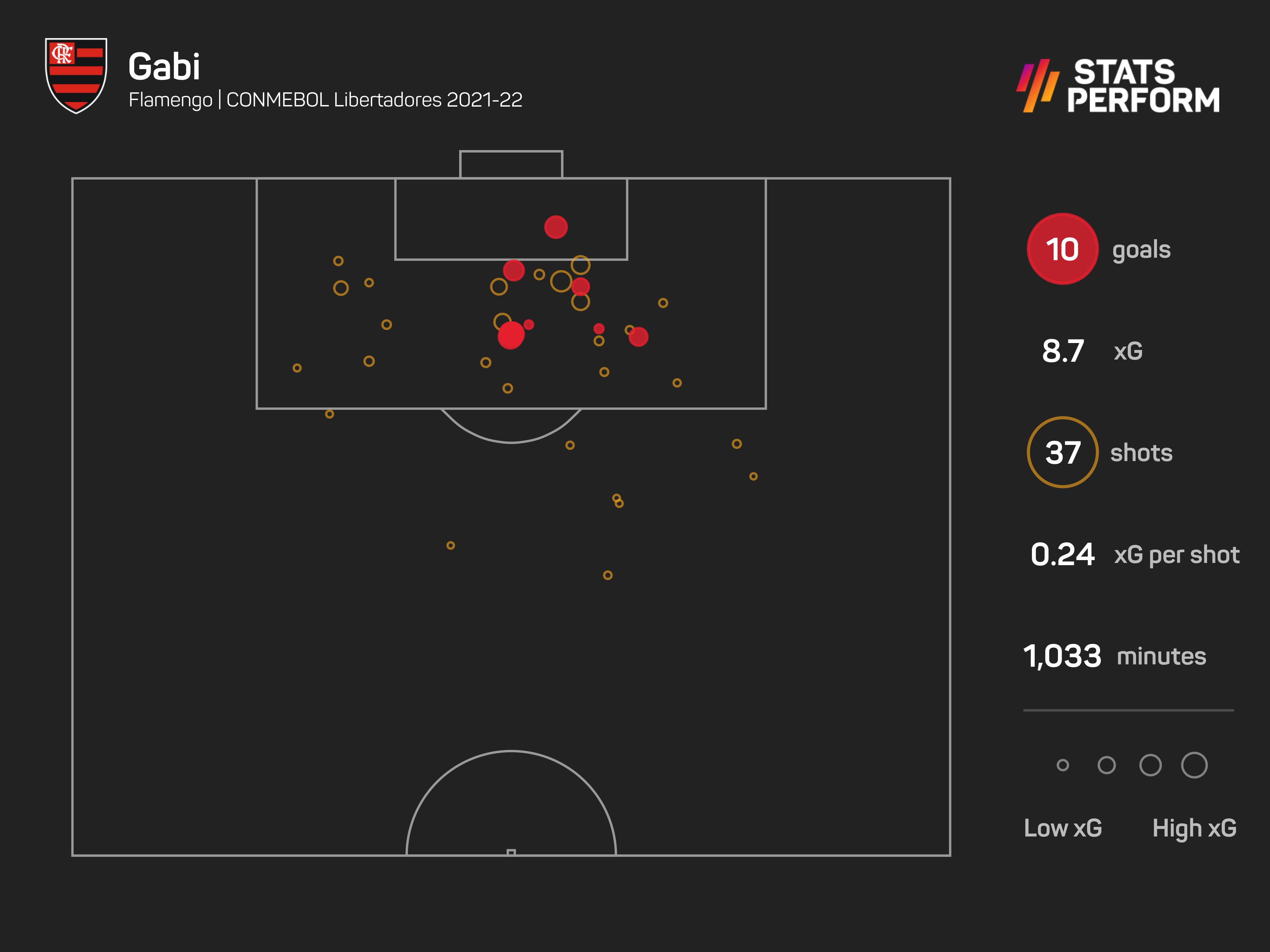 Flamengo have established themselves as one of South America's finest, setting the bar after sweeping Libertadores, Campeonato Brasileiro and Recopa Sudamericana honours under Jorge Jesus before his return to Benfica.

After back-to-back league trophies in 2019 and 2020, Flamengo turned to Renato Gaucho after the tenures of former Pep Guardiola assistant Domenec Torrent and iconic ex-goalkeeper Rogerio Ceni did not go according to plan.

With Gaucho – the record holder for most victories in Libertadores history (50) – at the helm, Flamengo are on the cusp of a third crown.

Flamengo remain undefeated in the 2021 edition. They will be aiming to repeat the feat of rivals Corinthians, who are still the only team to win the title while going undefeated in the current format of the tournament, following their 2012 achievement.

The hero in the 2019 final with a brace, Gabigol will spearhead Flamengo's efforts on the pitch – the in-form Brazil international and former Inter forward tops the goalscoring charts in this season's Libertadores (10) as he seeks to become the first player in the competition's history to score 11 goals in the 21st century.

Gabigol has outperformed his expected goals tally (xG total of 8.5), while he has supplied four assists.

A Champions League winner with Premier League giants Chelsea, David Luiz was asked to compare the two tournaments, and whether Flamengo had the quality to compete in the European edition.

"I believe and understand that when you love something in your life, you will always feel that anger to live this," David Luiz said. "When you love something, you will have this in your heart, you have anxiety, you will want to be there, you will be counting the days, you will, without a doubt, be focused on that. The same way I counted, I lived, was anxious and wanted to play when I was young and was in the Champions League final. Today also, even after a lot of years, a lot of finals, that is still happening. I still love football. I still love what I do. And, of course, I will keep having that same anger to be in a final and living it the best way I can."

On Flamengo being able to match it with teams in the Champions League, David Luiz added: "I believe that is right. Today Flamengo are the first club to be organised to give us players the opportunity to represent and do best what we have to do that is to play football the best way we can. We have an amazing structure.

"High-calibre players, players who have played in numerous places and have a lot of quality. I believe, yes, we have the quality to play a Champions League without a doubt." 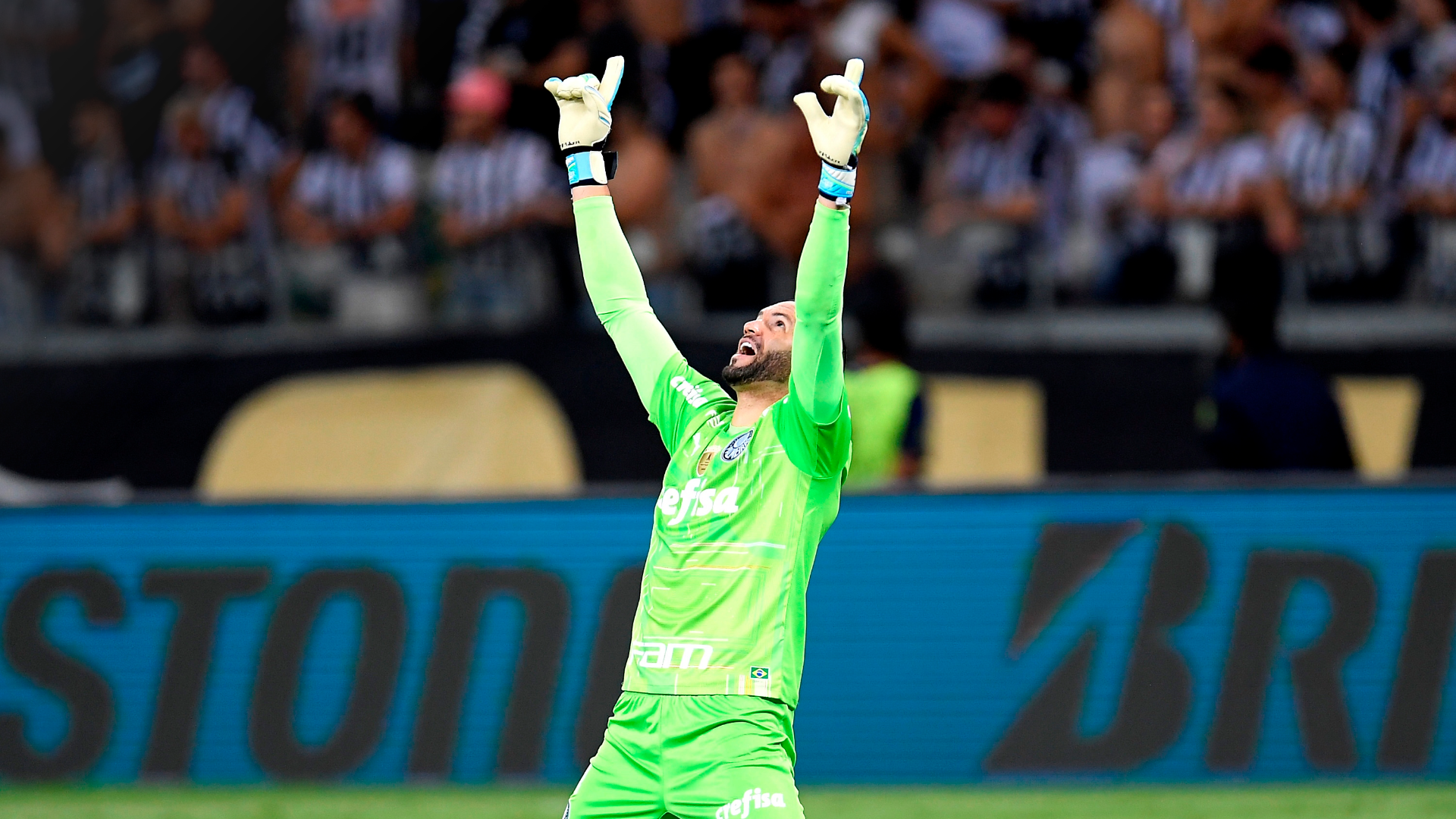 Standing in Flamengo's way is Weverton and reigning Libertadores champions Palmeiras, who are captained by tenacious former Juventus and Inter midfielder Felipe Melo.

Palmeiras continue to flourish under Portuguese head coach Abel Ferreira – the club have only lost two of the 19 Libertadores games with the 42-year-old in the dugout, while they are seven games unbeaten having eliminated Atletico Mineiro in the semis.

Weverton has kept seven clean sheets in this season's tournament as two-time winners Palmeiras eye their third piece of silverware in their sixth trip to the final.

In total, the 33-year-old has kept 31 clean sheets in 60 Libertadores appearances, with a 51.6 per cent effectiveness.

"I believe that you try to keep what you've achieved as if you were protecting something you conquered," Weverton said when asked about the fact it has been 20 years since a team last celebrated back-to-back titles. "We conquered that last year and now we have the chance to protect it, to bring it back, and that motivates us. But it doesn't give us an advantage. It just brings us motivation to protect something that you know that feels good to achieve.

"We saw how good it is to be champions of Libertadores, on how many good things this brings to you. Recognition, prestige, history, you have your name in the club’s history, brings you the fans respect. So, we saw that there are a lot of good things around it. We want to feel it again. We know we will have to battle for that again, we know that it is going to be a great game, a big war facing a great team. We know the path, but we have to pay the price for it. It does motivate us, but we need to prepare ourselves and know that it is going to be tough, but it is doable."