Rafael Nadal is a win away from a record-breaking 21st grand slam title after getting past Matteo Berrettini to reach the Australian Open final on Friday.

Nadal overcame the Italian seventh seed 6-3 6-2 3-6 6-3 after two hours, 55 minutes under the Rod Laver Arena roof in their semi-final on a stormy day in Melbourne.

The Spanish star will face either Daniil Medvedev or Stefanos Tsitsipas in the decider, in which he can break the record for most grand slam titles won by a man.

Nadal had won his only previous meeting with Berrettini and he targeted the Italian's backhand from the outset, and it worked wonders.

Berrettini, however, fought hard and forced a fourth set against Nadal, who reached his sixth Australian Open final and 29th major decider, a tally only bettered by Roger Federer and Novak Djokovic (31 each). 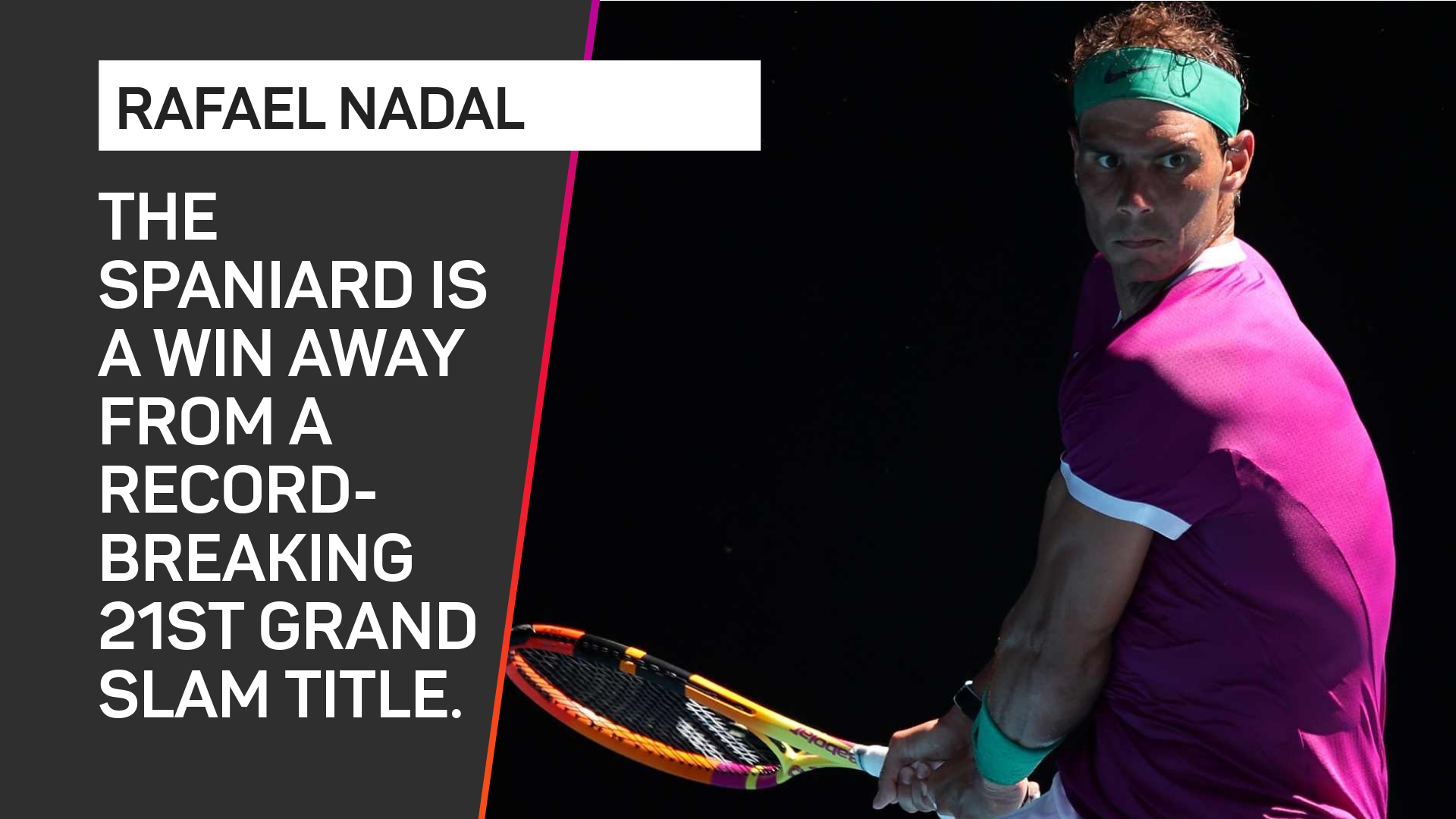 Nadal targeted the Berrettini backhand from the start, and it helped yield a break in the second game.

Back-to-back unforced errors from that wing, the second pulled wide, from Berrettini handed Nadal a 2-0 lead.

That break proved to be enough for Nadal in a 43-minute opening set, closed out despite Berrettini briefly threatening in the ninth game.

Perhaps still recovering from the disappointment of the first set, Berrettini was broken to start the second, three unforced errors – two from a forehand side that had appeared capable of doing damage to Nadal – giving the Spaniard a break point he converted with a forehand winner.

Berrettini had no answers to Nadal's consistency and relentlessness and even his forehand was beginning to let him down as he fell 3-0 behind in the second set, a deficit he was never going to recover from.

Nadal was unable to pull away early in the third set and instead it was Berrettini, suddenly sparked to life and looking far more energetic, who struck to break for 5-3.

A running forehand pass down the line helped set up the break chance and Berrettini delivered a forehand winner before serving it out to love.

Berrettini went on a run of winning 23 consecutive points on serve, but when that was ended in the eighth game of the fourth set, he found trouble.

He saved a break point after a 23-shot rally but then netted consecutive forehands to fall 5-3 behind, Nadal closing out his victory to reach the final.

DATA SLAM: Nadal showing no signs of slowing down

Even at 35, Nadal has reached yet another grand slam final.

He became the fifth man aged 35 or older to reach a grand slam final in the Open Era, after Federer, Ken Rosewall, Mal Anderson and Andre Agassi.

The win over Berrettini also saw Nadal beat a top-10 player at the Australian Open for the first time since 2017.