Rafael Nadal continued his search for a record-breaking 21st grand slam title with a routine victory over Karen Khachanov at the Australian Open.

The Spaniard, aiming to achieve the record for most grand slams won by a man, cruised past Khachanov with a 6-3 6-2 3-6 6-1 third-round victory at the first major of 2022 on Friday.

Nadal improved upon his perfect 7-0 record against the Russian, who he last faced at the 2019 Davis Cup Finals, and has only ever lost two of 20 sets in meetings between the pair.

The 35-year-old will now wait to see whether he faces Aslan Karatsev, the 18th seed in Melbourne, or Adrian Mannarino in the fourth round. 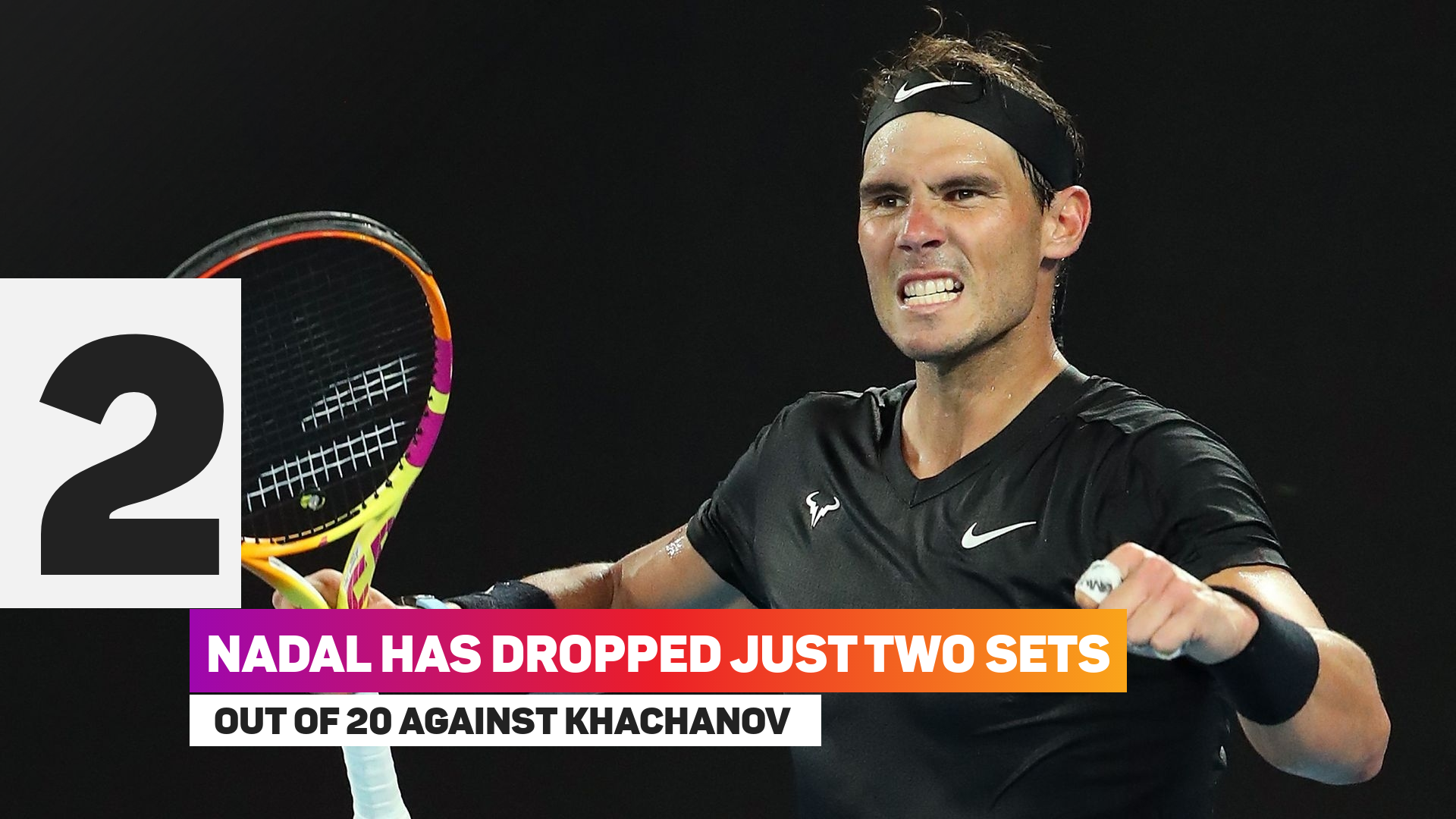 Nadal raced out the blocks, breaking the 25-year-old at the first time of asking as he grasped a 3-0 lead within the opening exchanges at Rod Laver Arena.

The 28th seed Khachanov fought back to 5-3 down but Nadal produced another dominant service to secure the first set, in which he dropped just one point on his serve.

A marathon first service game of the second set eventually ended with Nadal again breaking Khachanov after a gruelling 13 minutes and seven deuces before claiming the second set in straightforward fashion.

However, Khachanov – who managed silver at the Tokyo Olympics – bounced back in the third with Nadal making numerous mistakes and unable to cope with his mammoth forehand.

Nadal managed to regain his composure in the following set, celebrating enthusiastically after breaking Khachanov's first service game, before outclassing his opponent, who seemed to run out of steam in a match that lasted 2 hours and 51 minutes.

Nadal has lost on only two occasions in his career when boasting a two-set lead, with the most recent coming against Stefanos Tsitsipas in the quarter-final of this tournament last year.

Despite a spirited fightback from the Russian, Nadal moved onto a 72-15 record at the year's first major, with only Roger Federer (102) and Novak Djokovic (82) recording more victories at Melbourne Park.