Marco Tardelli has backed Dusan Vlahovic to improve Juventus, but does not believe the striker can be compared to some of Serie A's greats.

Dusan Vlahovic will bring the goals that Juventus have been missing this season, according to Marco Tardelli.

Tardelli, the former Inter, Juventus and Italy midfielder, has no doubt Vlahovic - who seems set to join Juve from Fiorentina before the end of the transfer window - will be a success in Turin.

Juve have struggled in attack this season, scoring just 34 times across 23 matches. That ranks them 11th in Serie A for goals scored, way behind Inter's league-leading 53. Their issues were on show for all to see on Sunday, when the Bianconeri managed just eight attempts against Milan, with none hitting the target in a 0-0 draw.

Vlahovic has scored 17 league goals for Fiorentina this term in 21 appearances. In 2021, the 21-year-old equalled the record set by former Juve star Cristiano Ronaldo for the amount of Serie A goals scored in a calendar year with 33.

"You can see that he has something special even when he doesn't score, he is one who also plays for the team. 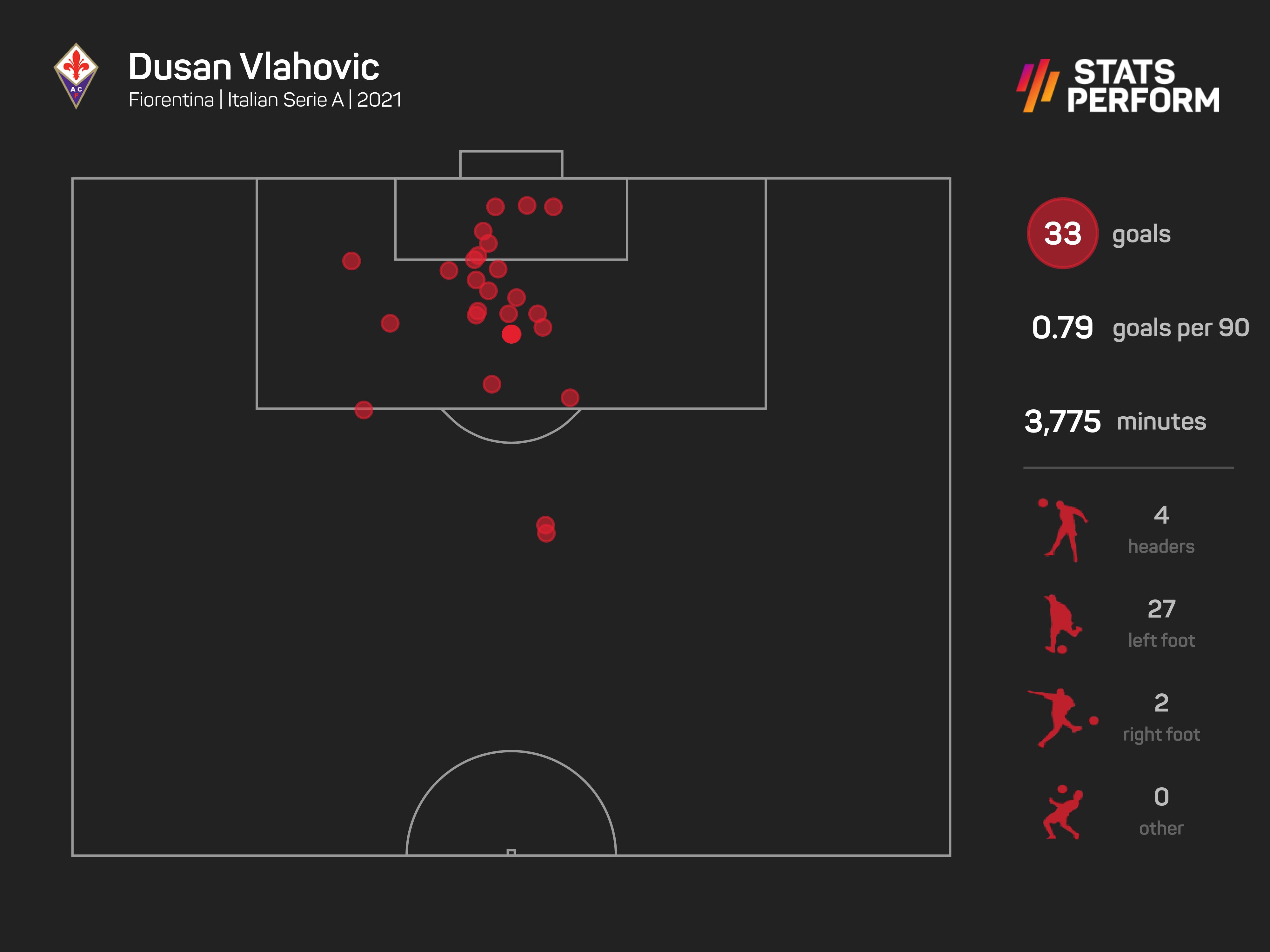 "He has shown personality. He will improve even more thanks to his new team-mates, he can score more.

"Will he feel the pressure? You never know the reaction upon joining a great team, but playing with higher-level people usually helps you."

The Serbia international seems set to be Serie A's latest posterboy, but Tardelli does not believe Vlahovic can yet be compared to some of the league's greatest players.

Tardelli added: "No to comparisons. I read about [Christian] Vieri, [Gabriel] Batistuta.

"Not that [Vlahovic] has little talent, but they are players with another physical strength, who have more to rely on than he does."

Allegri has consistently ruled Juve out of the title race this season. The Bianconeri sit fifth, a point behind Atalanta in fourth but 11 adrift of leaders and champions Inter.

Tardelli says Juve need to strengthen in other departments to became a real force once again.

"There is also a need for more, especially in midfield," he said. "Someone has to lend a hand to [Manuel] Locatelli. For next year, somebody must also be found for the defence, some changes must be made.

Key to providing the ammunition for Vlahovic for the remainder of this season will be Paulo Dybala, who is yet to sign a new contract with Juve – his deal runs out at the end of the campaign. 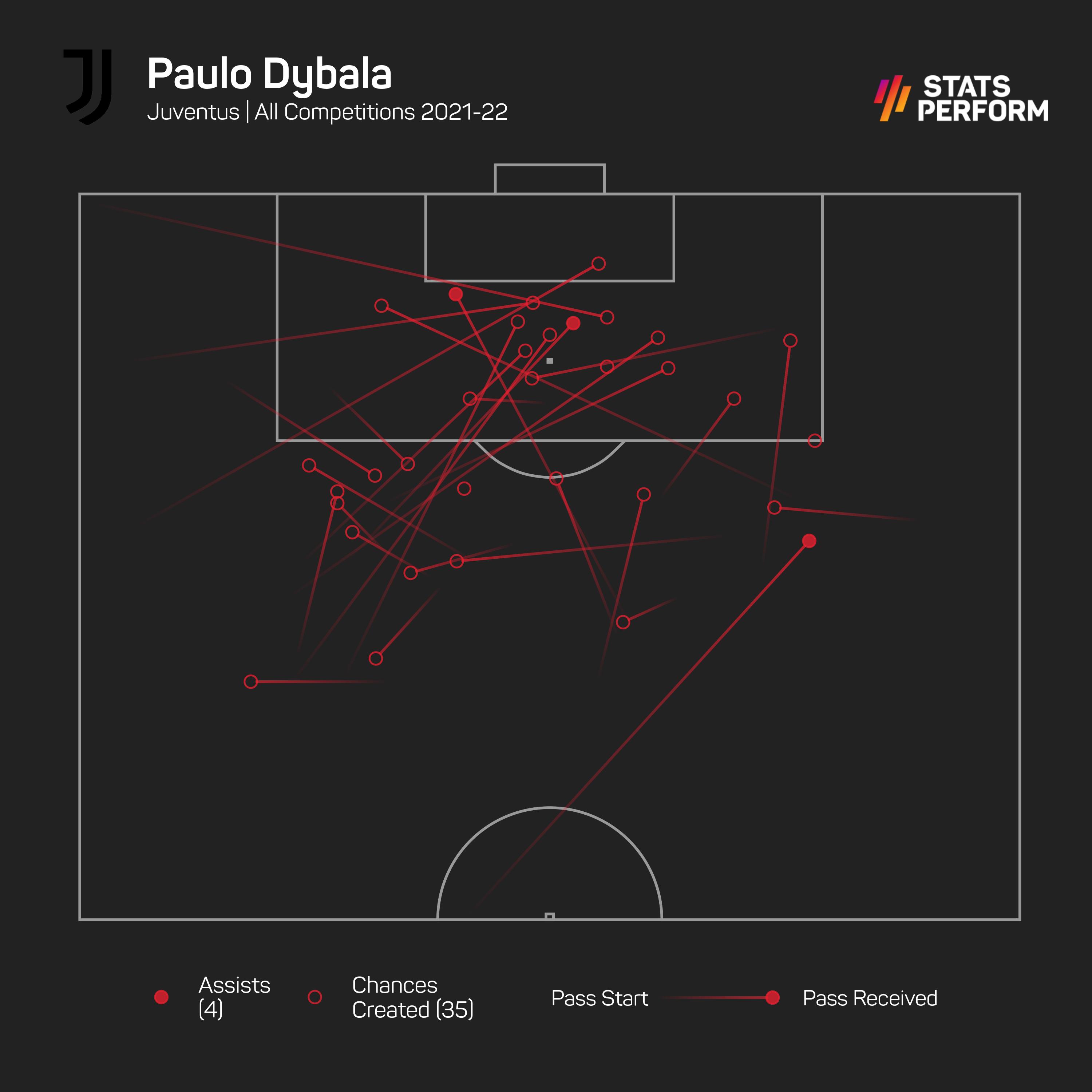 Tardelli believes Dybala must step up, despite the Argentina international being Juve's top scorer in all competitions this term with 11 goals, while nobody in the squad betters his 15 direct goal contributions.

"One player like him is never too many," Tardelli said of Dybala. "Contractual issues will be dealt with, but he must prove that he is worth what he asks for.

"Lately he has not been the leader Juventus needed. Too inconsistent. I don't know how much he was affected by COVID and how much by the renewal issue."