Milan have been without Theo Hernandez for their last three games, but he is back available after testing negative for coronavirus.

Theo Hernandez has been cleared to return to action for Milan after recovering from coronavirus.

The 24-year-old tested positive for COVID-19 upon returning from international duty with France nearly two weeks ago.

He was subsequently forced to sit out the Serie A wins over Hellas Verona and Bologna, either side of Tuesday's 1-0 loss to Porto in the Champions League.

However, Milan announced on their official website on Sunday that Hernandez's latest coronavirus test came back negative and he is now available for selection.

Stefano Pioli's side face Torino and Roma in Serie A over the next week, before hosting Porto and bitter rivals Inter in crucial games ahead of the next international break.

Fode Ballo-Toure has filled in during Hernandez's absence, but the Frenchman's return will be considered a huge positive for Pioli. 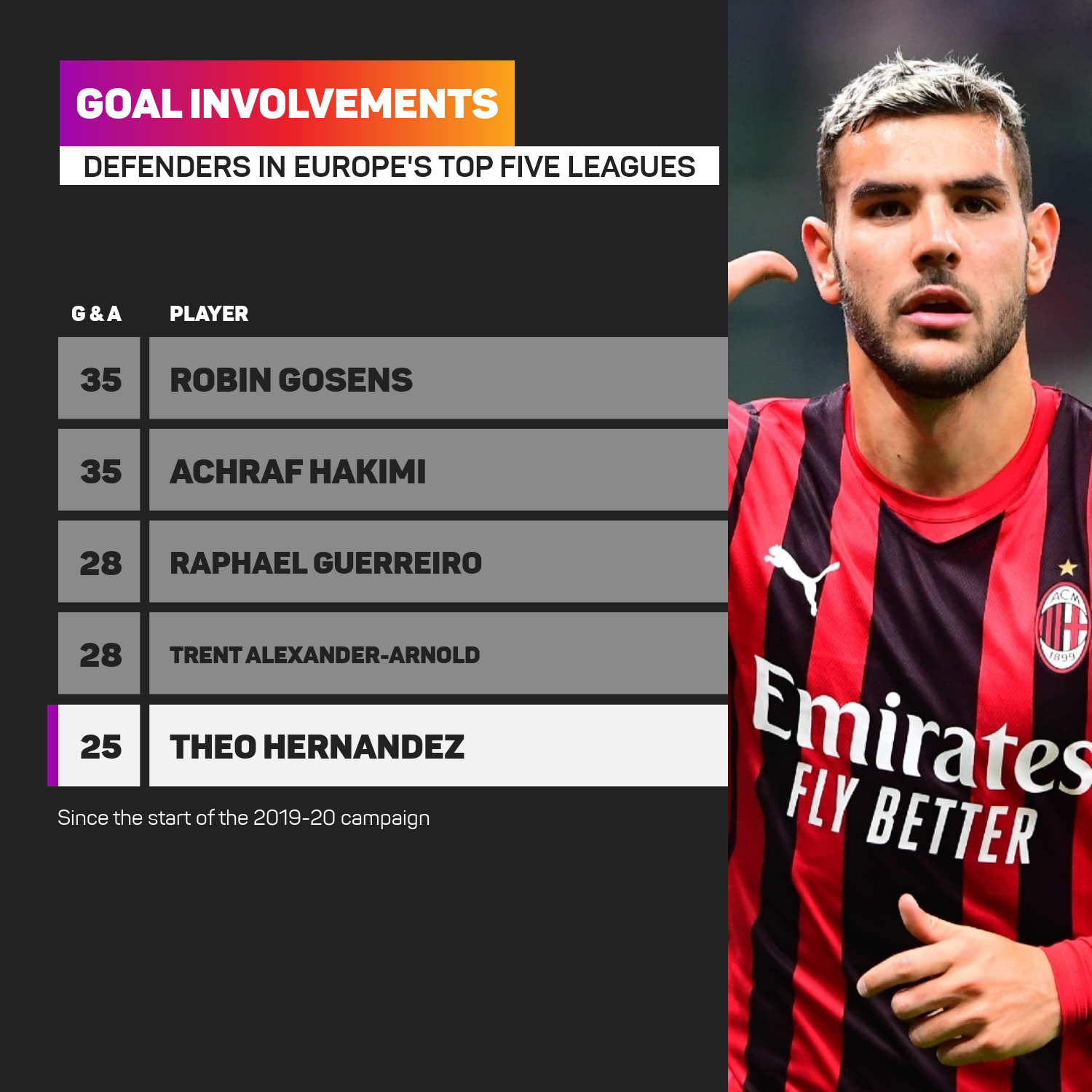 Since joining Milan in July 2019, Hernandez's combined 25 goals and assists has been bettered by only four defenders in Europe's top five leagues – Trent Alexander-Arnold, Raphael Guerreiro (both 28), Achraf Hakimi and Robin Gosens (both 35).

The 93 chances created by Hernandez in Serie A over that same timeframe is third to Federico Dimarco (97) and Juan Cuadrado (114), the latter of whom has often played further forward.

Prior to being struck down by coronavirus, Hernandez played a crucial role in France's Nations League success with a 90th-minute winner in the 3-2 semi-final victory over Belgium and an assist for Kylian Mbappe's winner in the 2-1 final triumph over Spain.

Manchester City's Ederson, one short of a century of clean sheets, says his style of play is now essential for modern goalkeepers.

The Golden State Warriors avenged Tuesday's loss to the Phoenix Suns by beating them 118-96 on Friday.

India were all out for 325 on day two of the second Test against New Zealand as Ajaz Patel took all 10 wickets.