Sadio Mane scored a sublime goal to send Senegal into the Africa Cup of Nations quarter-finals at the expense of Cape Verde, who had two players sent off in their 2-0 defeat.

Tuesday's encounter at Kouekong Stadium, the first between these sides in the continental competition, swung the way of Senegal when Patrick Andrade was dismissed after 21 minutes following a VAR check on a foul on Pape Gueye.

Cape Verde, who scraped into the knockout phase as one of the top third-placed teams in the groups, proceeded to contain Aliou Cisse's side to good effect and keep alive their chances of reaching the last eight for the first time since 2013.

However, another VAR intervention just before the hour mark left them with an arduous task, goalkeeper Vozinha eventually being shown a red card – while sitting on the sidelines for treatment – after a nasty clash of heads with Mane when the Liverpool forward was chasing a bouncing ball on the edge of the box.

It was a moment of brilliance from Mane that finally broke the deadlock as he curled a finish in off the crossbar from 18 yards out following a corner, although the goal only stood after another VAR review into a possible foul in the build-up.

Mane, apparently still feeling the effects of his collision with Vozinha, was substituted seven minutes later and could now be a doubt for the last-eight meeting with either Mali or Equatorial Guinea on Sunday.

Senegal, who are the only side at the 2022 finals yet to concede a goal, made certain of a place in the next round through Bamba Dieng's composed finish as they counter-attacked in injury time. 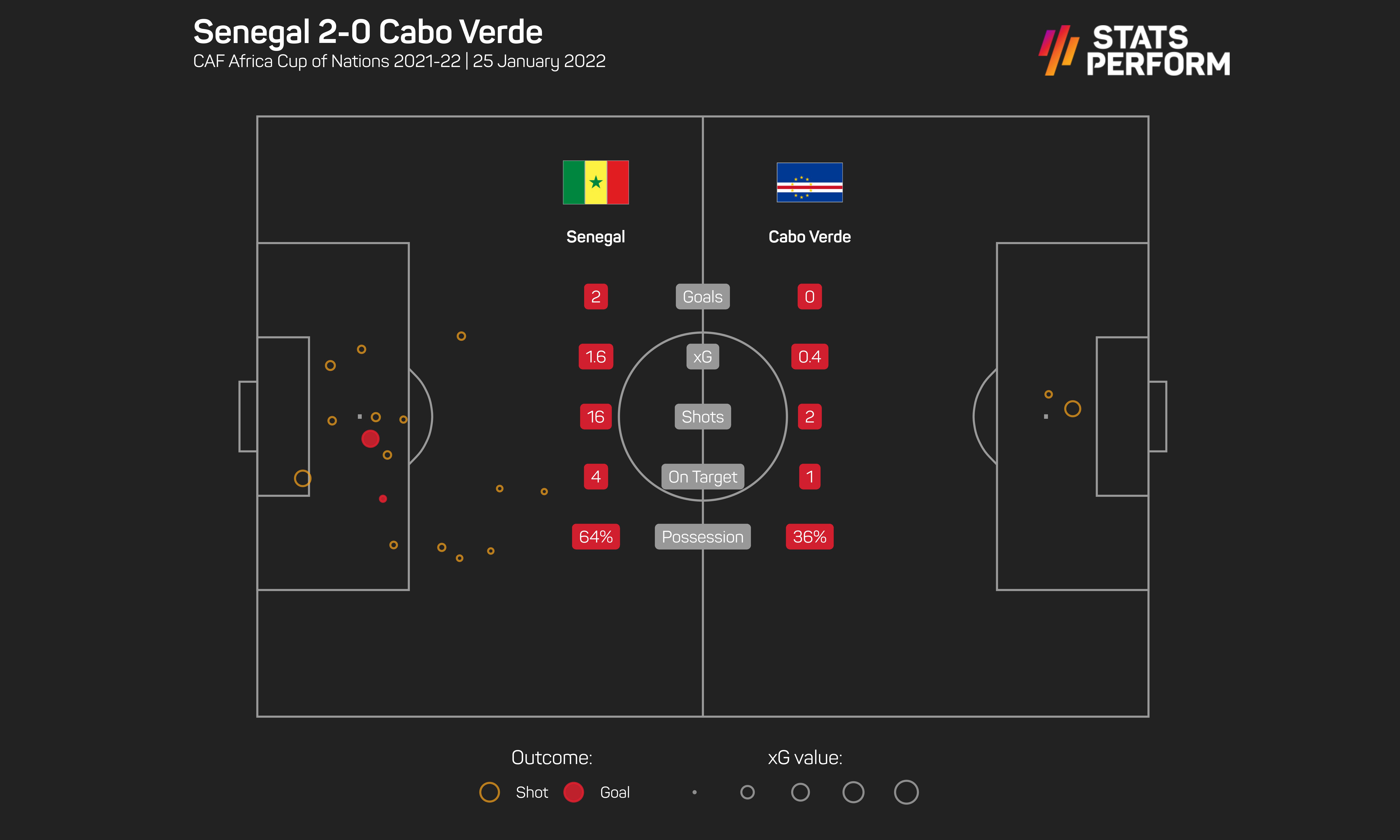