Ronald Koeman says referees in Spain send people off "for nothing" after both he and midfielder Frenkie de Jong were dismissed in Barcelona's dire 0-0 draw with Cadiz on Thursday.

Barca's hopes of leaving Andalusia with a much-needed win were dealt a blow when De Jong received a second yellow card in the 65th minute for following through on Alfonso Espino after initially winning the ball.

The Catalan giants' woes were compounded deep into stoppage time when Koeman was also ejected for his protestations towards referee Carlos del Cerro Grande.

The stalemate means Barca have now drawn three of their opening five LaLiga games this season to sit seven points adrift of leaders Real Madrid, although Carlo Ancelotti's side have played a game more.

Koeman's dismissal followed a frantic period that saw two balls in play at the same time, with the Dutchman claiming he was given his marching orders by Cerro Grande for alerting him to the situation. Sergio Busquets was booked for kicking the rogue ball towards the Cadiz player in possession.

"It was not because of nervousness, it was because I told the fourth official that there was a second ball on the field and the referee had to stop the game. Everyone except the referee saw it," he told Movistar. 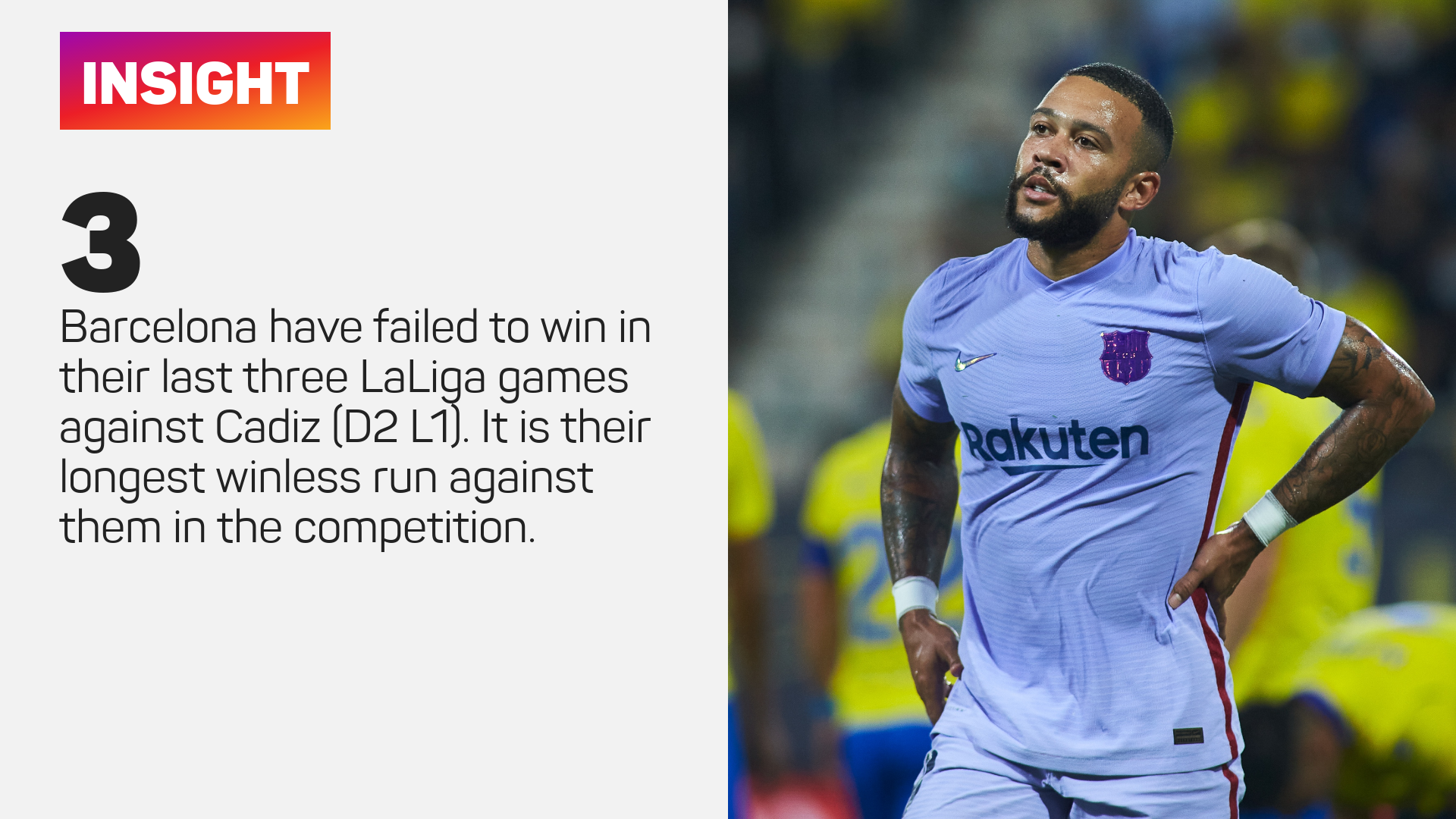 The goalless draw means Barca have failed to scored in two of their past three games across all competitions – as many as in their previous 41 matches.

Meanwhile, their tally of eight goals scored at this stage of the season is their worst since the 2003-04 season when they scored just five in their opening five matches.

Koeman's future has been the subject of intense speculation in recent weeks and the Dutchman is aware that is unlikely to subside in the coming days.

"I do not talk about my personal situation," he added. "It seems that if I win I continue and if I lose the club has to find another coach. It is for you [to talk about].

"The president [Joan Laporta] was at the hotel, and we greeted each other shortly before leaving. Surely there will be more days to talk about this issue if the club wants to talk."

Barca are next in action against Levante at Camp Nou on Sunday.

Let's see how you get on in our Opta-powered quiz ahead of this weekend's Premier League action.

Premier League Fantasy Picks: Why Chelsea defenders are the priority this weekend

With more top-flight domestic action inbound, Stats Perform uses Opta data to look at who to pick this week in fantasy football.

Something has to change - Arteta slams Bruce abuse

Union Berlin officials were relaxing in Rotterdam ahead of a game against Feyenoord when they came under fire from a hail of missiles.