Ralf Rangnick insisted Manchester United can only succeed with development as he declared there is more room for improvement ahead of the visit of Young Boys.

United head into their final Champions League Group F game with their place in the knockout stage already confirmed and with new interim manager Rangnick in charge for his first European game with the Red Devils.

The former RB Leipzig coach and director oversaw a 1-0 win over Crystal Palace on Sunday before Wednesday's clash against Young Boys, who have not won away in the European Cup/Champions League since August 1960.

But Rangnick refused to get ahead of himself as he pinpointed development and regaining confidence as the key factors to initial success.

"As Nemanja [Matic] said, if you win games it is the best tool to regain confidence," Rangnick told reporters at Tuesday's pre-match news conference.

"[The] last four games, three wins, one draw. It is about regaining confidence. Players have to buy in. I can tell them whatever I want. They need to make my idea of football their own. The first step has been taken, then it is about the next ones.

"Success can only be achieved with development, if we can develop the team in next six months.

"[Sunday] showed how the team can play [but there is] still room to improve. The first clean sheet at Old Trafford since April, it was clear where the priorities should be.

"At the end, successful hopefully means playing in the Champions League, and the FA Cup [Aston Villa in the third round] is not an easy draw. It's like another Premier League game." 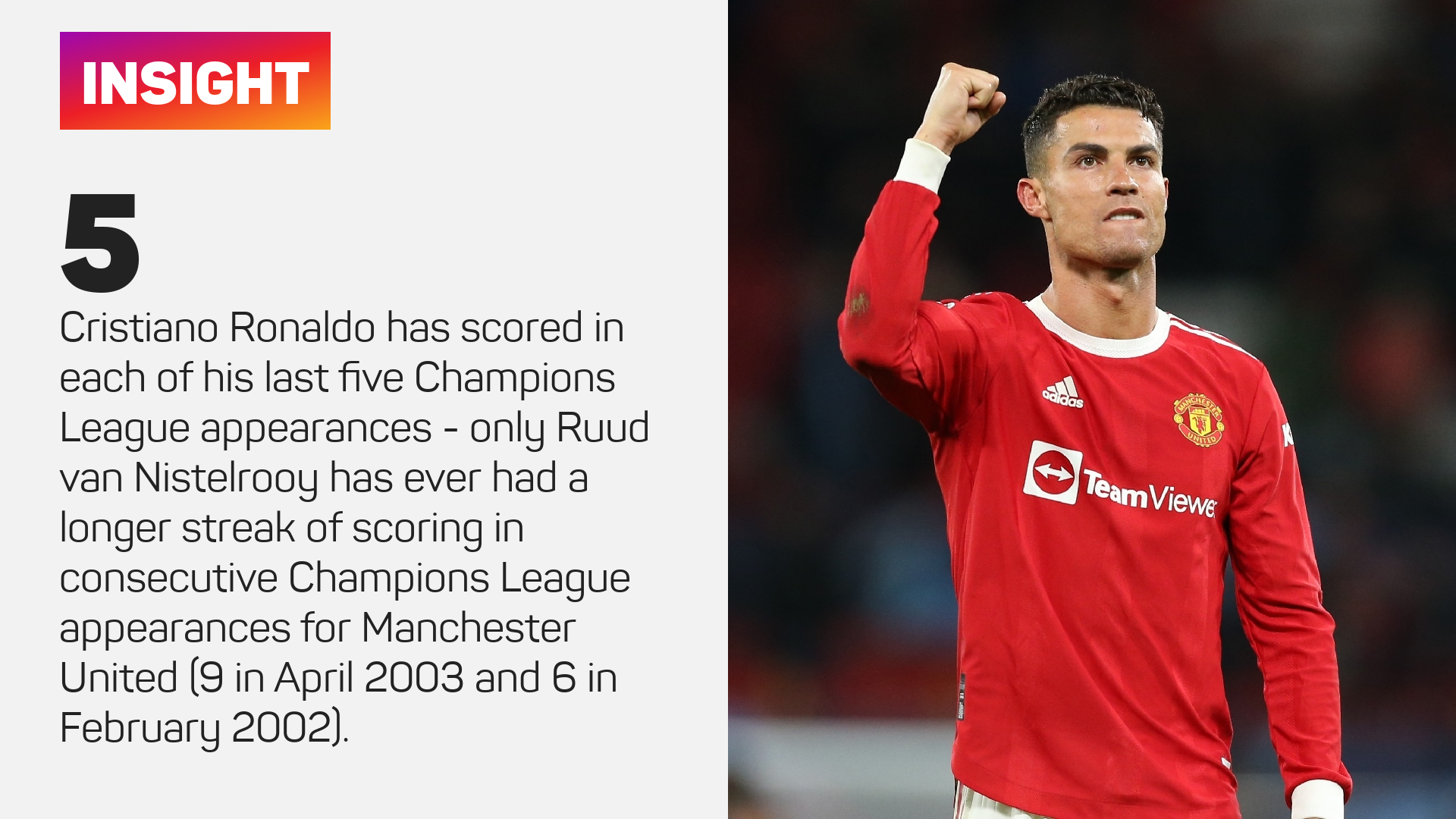 Cristiano Ronaldo is eyeing his own record as he looks to repeat the feat of scoring in all six group stage games in the competition, having done so for Real Madrid in 2017-18 – the only previous instance of this happening.

Only former striker Ruud van Nistelrooy has ever enjoyed a longer scoring streak for United in the Champions League (nine goals in 2003, six in 2002) than Ronaldo (five), but it remains unclear whether the former Madrid man will start.

Rangnick, while hinting at rotation of his side at Old Trafford, did confirm that Donny van de Beek and Dean Henderson would be involved.

"Well to start with they will both play tomorrow, in the first XI," Rangnick said of Henderson and Van de Beek. "Donny came on as a sub last Sunday. Dean is a very ambitious goalkeeper, we need two.

"I haven't finally decided [the team] but it makes sense we will rest a few players due to the crowded fixture list.

"We need to make sure we have as many recovered players as possible but also need the positive momentum. The first game in this group we lost at Young Boys, so we need to make up for that."

Asked for an update on Raphael Varane and Edinson Cavani, Rangnick added: "They both cannot play tomorrow but they were part of the training today. Edi even yesterday, Rapha the first time.

"Expect them both in full training next week, they are both top players. It is also about sustainability. It would be great to have them as soon as possible, but obviously we have to think for the rest of season."

Sadio Mane revealed he was taken to hospital after a clash of heads with Cape Verde's Vozinha, but the forward insisted that "all is well".