That was the verdict of Julian Nagelsmann, the head coach who saw his Bayern side prevail 3-2 in a thrilling Klassiker to move four points clear of their closest rivals at the Bundesliga summit.

Lewandowski scored twice for the leaders, the second of those goals a late penalty, in the same week he missed out to Lionel Messi for the Ballon d'Or.

Dortmund fans, who worshipped Lewandowski during his four seasons at Signal Iduna Park, taunted the striker by singing Messi's name while both sides were warming up.

The Poland international took revenge with his double, however, taking his tally against BVB to 26 goals in all competitions – his most against a single side.

Speaking after the game, Nagelsmann said: "All of this rather spurred him on. He scored the significant goals and paid the fans back after all the Messi calls in the stadium." 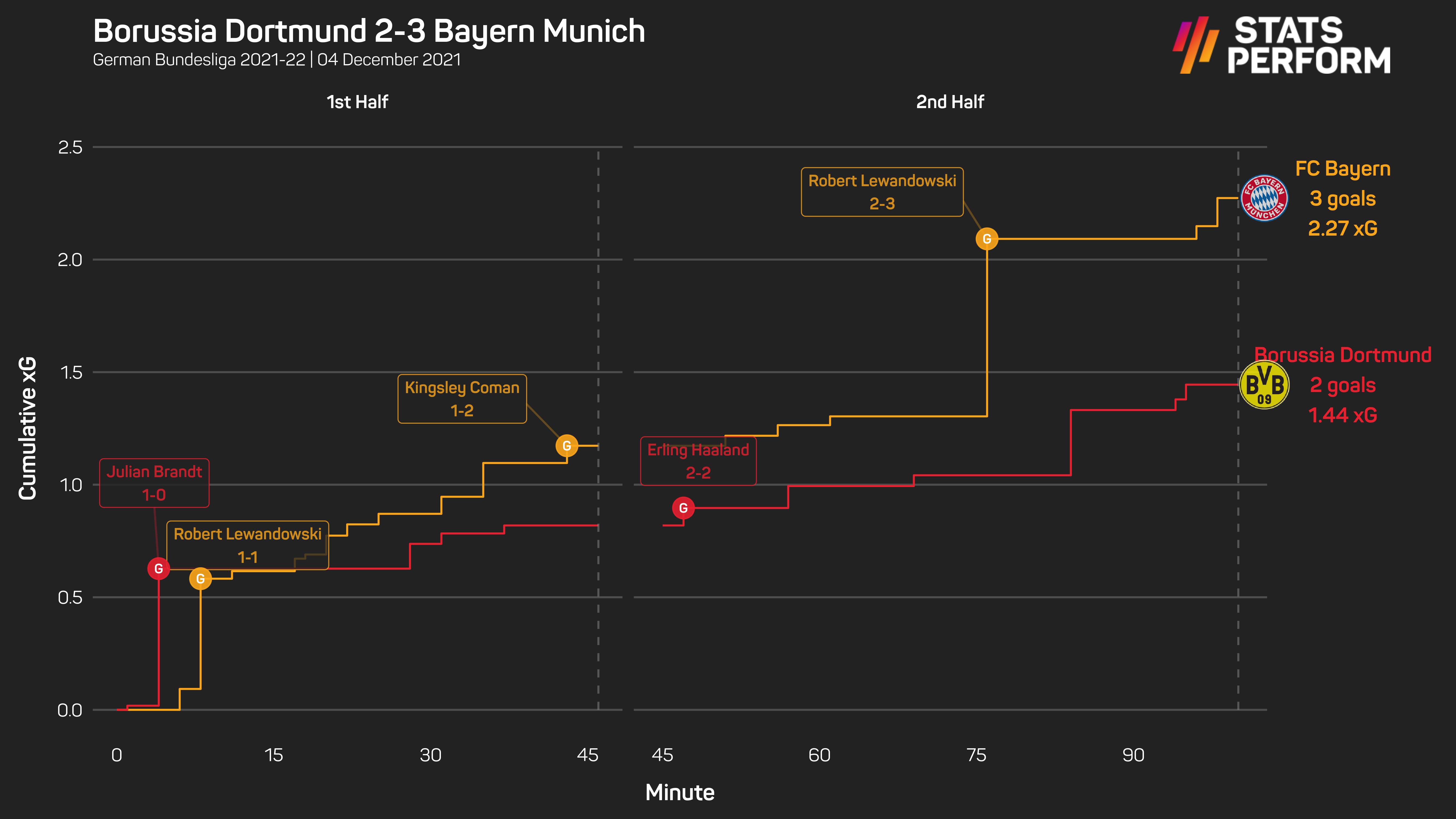 Bayern were 2-1 up at half-time in Saturday's top-of-the-table clash after Lewandowski and Kingsley Coman struck to cancel out Julian Brandt's early opener.

Erling Haaland hit back for Dortmund, who saw a couple of big decisions go against them in what could well be a defining moment in the Bundesliga title race.

Lucas Hernandez avoided conceding a penalty despite appearing to commit a foul on Marco Reus, shortly before Mats Hummels was deemed to have handled at a corner.

Lewandowski converted the resulting penalty, leading to strong comments being made by the Dortmund camp in regard to the performance of referee Felix Zwayer.

Despite the controversial conclusion to the game, Nagelsmann felt his side were good value for their seventh successive win against Dortmund in all competitions.

"I think we deserved to win, but I also understand the discussions over the two penalty situations," said Nagelsmann.

"It was a very tight game that was worthy of its reputation. We could have scored more in the first half.

"Dortmund did it well early in the second half, but we found our rhythm again and had good control."

Bayern ended the game with an expected goals (xG) return of 2.27 compared to Dortmund's 1.44, backing up Nagelsmann's assertion that his side deserved all three points.

Dortmund had more possession (53 per cent) and outshot Bayern seven to six in the second half, however, and Thomas Muller conceded the visiting side rode their luck in the end.

"Dortmund's first goal has probably helped us," Bayern stalwart Muller told Sky Sport. "We got into the gaps relatively easily afterwards, with the goals scored after mistakes.

"We should have taken the lead in the first half. In the second half, I don't know whether we deserved to win from the way we played.

"The first-half display was definitely better – we moved the ball well and won our challenges. Based on the second-half performance, we didn't deserve it. It was more of a fight."

Tyson Fury is waiting to find out his next opponent as talks continue over Anthony Joshua stepping aside.