Juventus should have protected the point they looked to have earned against Sassuolo before conceding again, says Massimiliano Allegri.

Massimiliano Allegri was frustrated Juventus did not settle for a point against Sassuolo on Wednesday, instead leaving themselves open to concede a late winner as they chased one of their own.

Juve lost 2-1 at the Allianz Stadium, their first defeat in 10 matches in all competitions and their first home reverse at the hands of Sassuolo.

The Bianconeri had recovered from Davide Frattesi's first-half opener, as Weston McKennie headed in with 14 minutes to play.

But Allegri's men went looking for a decisive second and instead allowed Maxime Lopez space to run through and score in the 95th minute, condemning Juve to their third defeat in 10 Serie A matches this term.

It was the 13th league goal Juve have conceded this season – their most at this stage of a campaign since 1988-89 – and one of the most frustrating for Allegri.

The coach, who became the third Juve boss to oversee 200 Serie A games, told a news conference his team "lost our heads" after equalising.

He added: "We have to have a different management like we had up to the 75th minute. After the equaliser, we were frantic and we lost in the 95th minute. This cannot happen anymore.

"When you can't win, you must not lose, and maybe this lost point will come to weigh heavy at the end of the season.

"After the 75th minute, the inertia was over; if you can't score, you don't concede the second goal. Then it is a goal that is also bad to see." 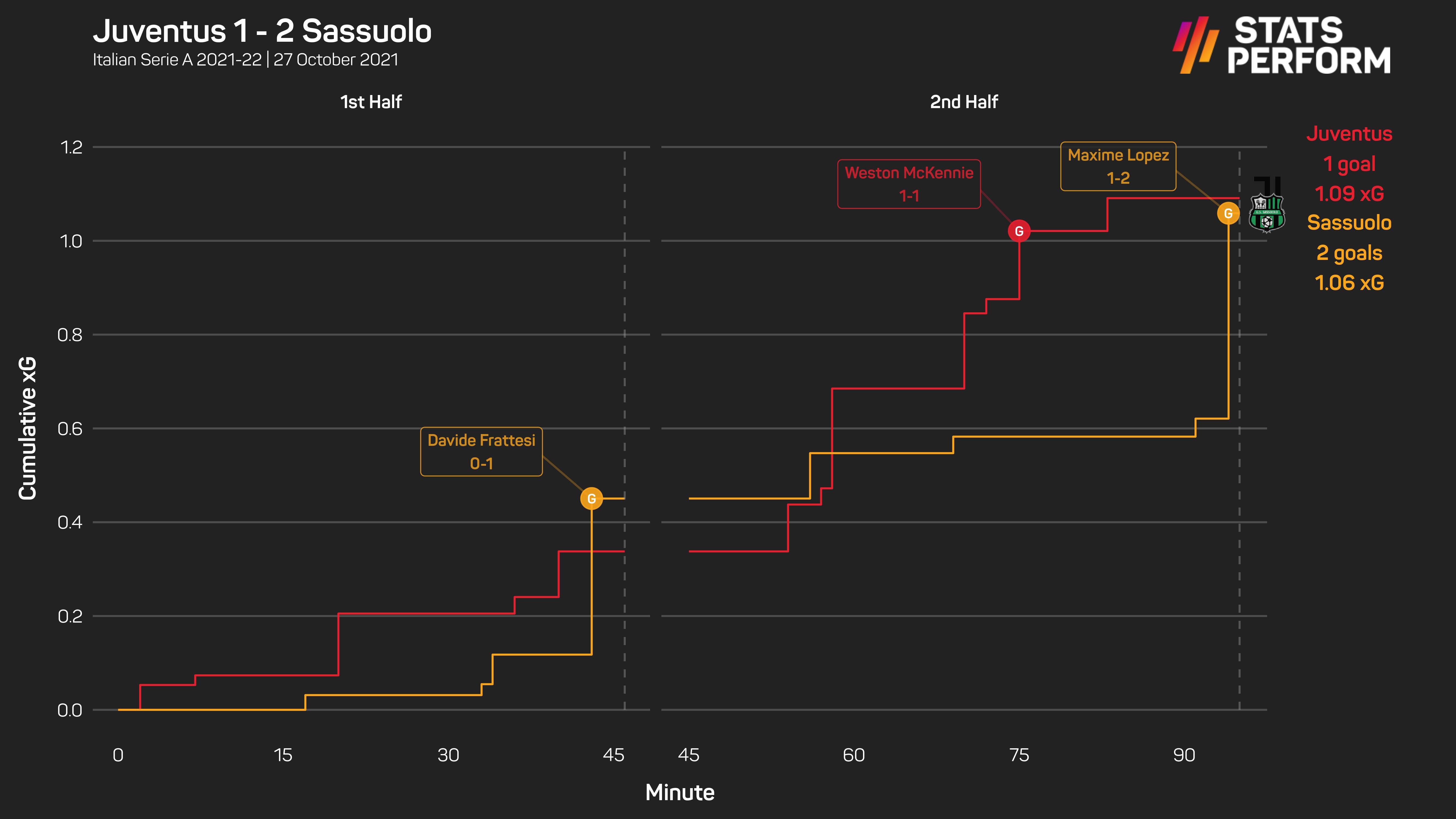 Juve drew 1-1 with Inter on Sunday, with that game providing an example of what Allegri was looking for, even if their equaliser at San Siro came courtesy of a controversial penalty.

"We suffered less on Sunday. In Milan, when we were 1-0 down, we didn't even suffer a counter-attack, and today, at the end, we were immediately counter-attacked.

"Against Inter, we were more orderly in playing the ball, more relaxed, tonight instead we were unstable after it went to 1-1."

Federico Chiesa squandered Juve's best opportunities before McKennie's leveller, failing to hit the target with any of his game-high four attempts. He at least had a greater impact than Alvaro Morata, who did not have a single shot.

Allegri stuck up for Morata, insisting: "Come the end of the season, he will have scored goals and he will surely have won games."

Alastair Cook will continue playing for Essex, who he helped to win back-to-back red-ball titles following his England retirement.

Tyson Fury has to defeat more top-10 challengers to mark himself one of boxing's greats, Shannon Briggs told Stats Perform.

On the fifth anniversary of his appointment as England manager, Gareth Southgate has reflected on the team's progress to date.

Shannon Briggs told Stats Perform how Anthony Joshua should step aside to allow a clash between Tyson Fury and Oleksandr Usyk.