Mauricio Pochettino accepts Paris Saint-Germain were not at their best in the 1-1 draw with Lens but believes a draw was a fair result.

Georginio Wijnaldum headed home in stoppage time to salvage a point after Keylor Navas had dropped Seko Fofana's long-range drive into his own net.

The result meant PSG have now picked up 16 points from losing positions in Ligue 1 this season – more than any other team in the big five European leagues.

PSG allowed a spirited Lens side 18 shots, and Pochettino acknowledged it was not an easy game for his side, who are now 13 points clear at the top of Ligue 1.

"You have to give credit to Lens, who are an aggressive team who played a very good game," he told a media conference.

"It wasn't our best night, but it's good that the team kept fighting. Lens is one of the teams that gives us the most difficulty.

"We lost a lot of balls, especially at the start of the match, which prevented us from putting ourselves in the right positions.

"The result is fair. We lacked a little precision and freshness due to our busy schedule." 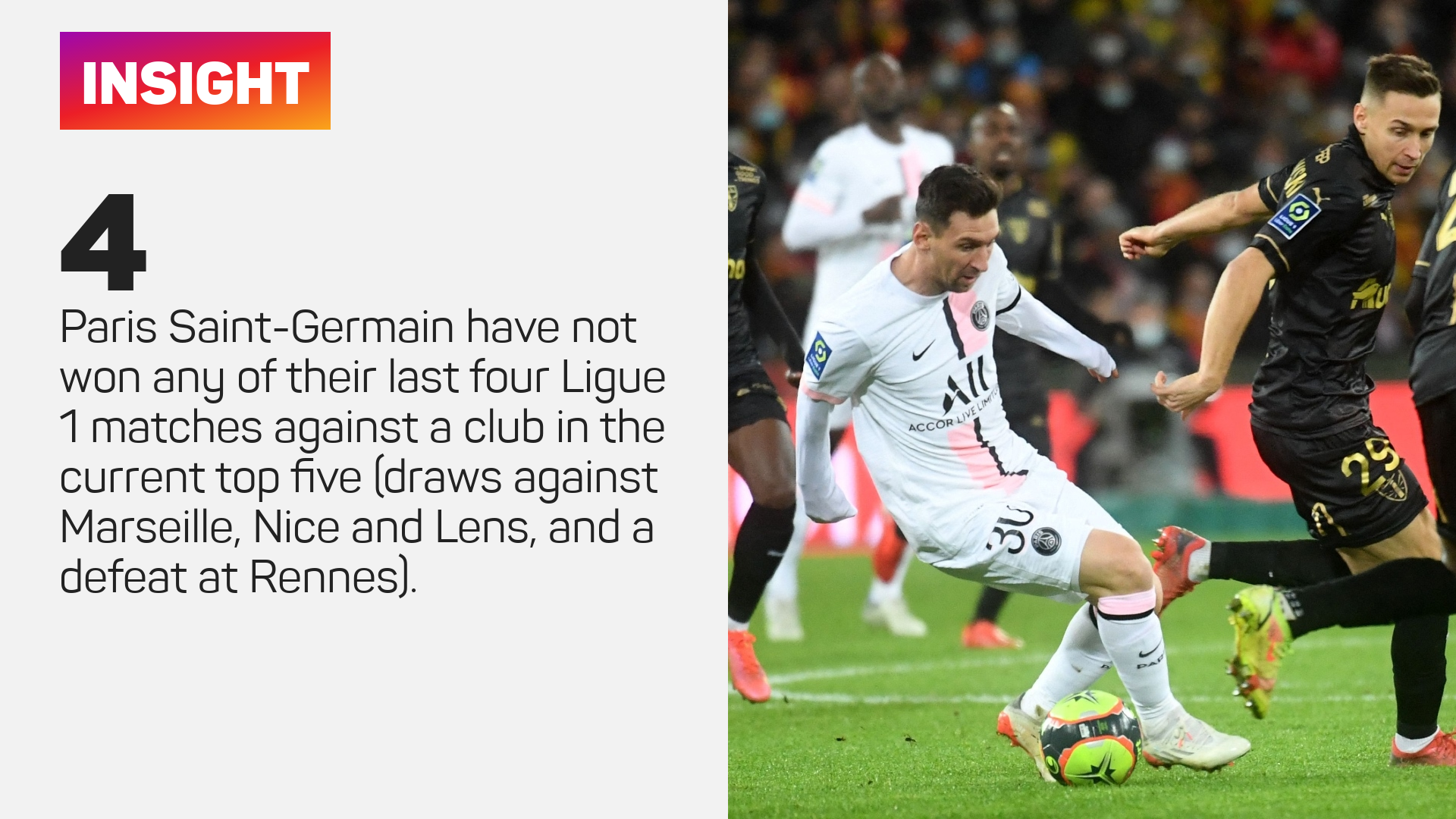 Kylian Mbappe created Wijnaldum's goal with a superb cross after being introduced from the substitutes' bench in the 70th minute.

The France international has now been involved in 15 goals in Ligue 1 this season (seven goals, eight assists), with only Robert Lewandowski (17), Karim Benzema (19) and Mohamed Salah (22) doing better in Europe's big five leagues.

"I tried to give solutions to the players by making changes," Pochettino added. "Kylian has played a lot of matches in a row, he felt a little tired. We thought we had to give him a breather."

While PSG did manage to seal a late point, they have now gone two consecutive Ligue 1 games without a win for the first time since Pochettino took over in January.

Despite that, midfielder Marco Verratti was pleased with the result, praising his team-mates' character during a pulsating game.

"Lens are a team that plays in a very special way; it's a team that I like a lot, they have a lot of courage," the Italy international told Canal+.

"It feels good to play matches of this nature; you could say a little English style, with lots of chances on both sides. It was a very intense game, played until the end.

"We congratulate the Lens team, but we also showed a lot of character. We wanted to win today, but it was very hard."

PSG, whose place in the Champions League knockout stages has already been secured, take on Club Brugge in their final Group A game on Tuesday, before hosting Monaco in Ligue 1 next weekend.