Liverpool forward Mohamed Salah said he has "no comment" to coming seventh in the Ballon d'Or voting as he laughed off finishing low down the list.

The Egypt international was considered among the favourites to come out on top at Monday's ceremony in Paris on the back of another impressive year for Liverpool.

After scoring twice in Liverpool's 4-1 win against Everton on Wednesday, Salah was asked by Amazon Prime how he felt about finishing seventh in the standings.

Salah shook his head while laughing and said: "I have no comment". 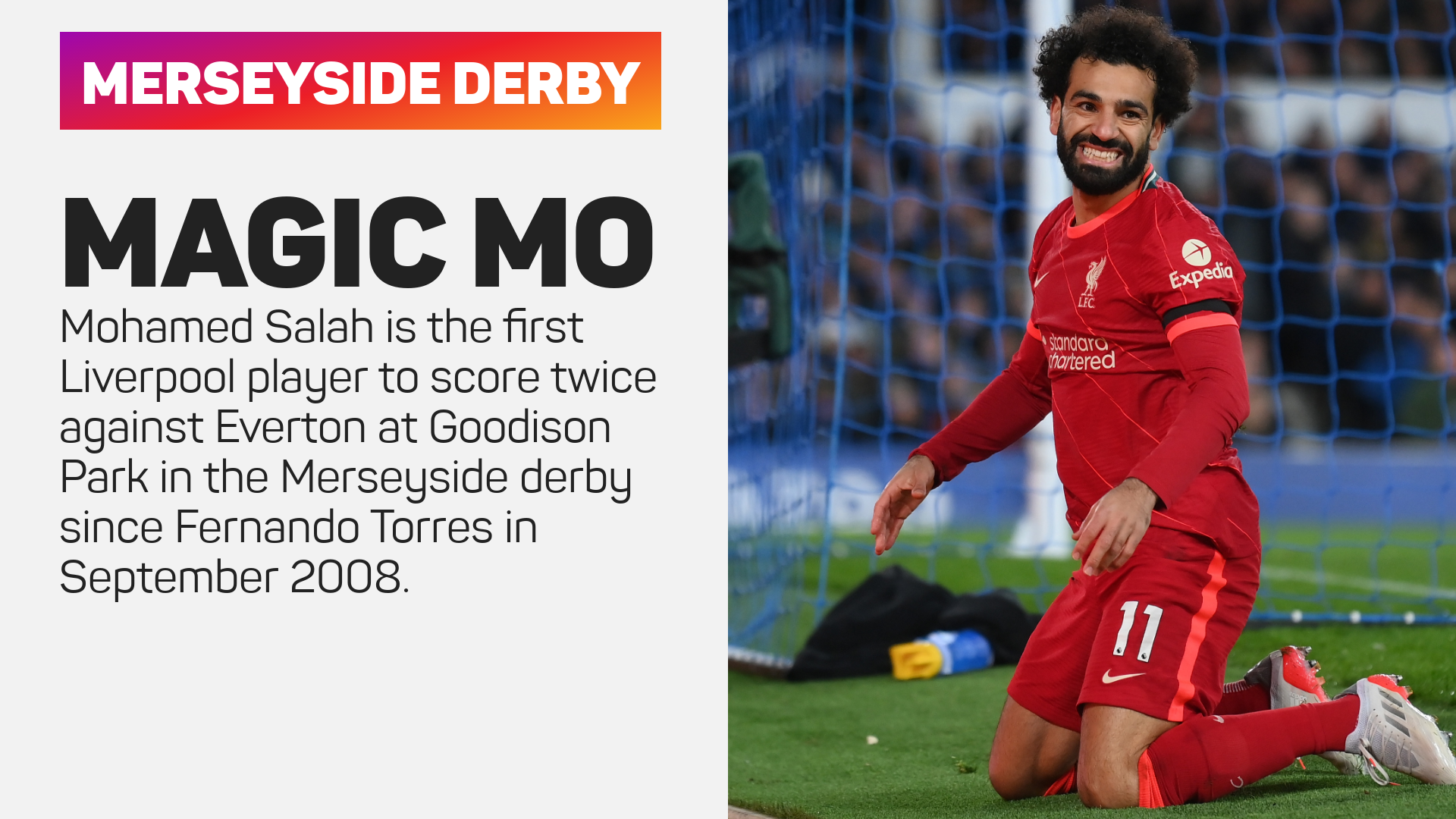 Prolific forward Salah doubled Liverpool's lead after Jordan Henderson had opened the scoring at Goodison Park, before Demarai Gray pulled one back for Everton.

Salah's second and a thumping Diogo Jota strike sealed a third win in a row for the Reds, who remain within one point of Manchester City and two behind leaders Chelsea.

It is the first time Liverpool have scored four goals away to Everton in the league since a 5-0 victory in November 1982 and Salah was pleased with the performance.

"It's a great result. To come here, play good football and win the game is something positive," he said.

"The scoreline is great. We also scored five against Manchester [United] – hopefully we can continue like that."

Salah, who is the first Liverpool player to score twice away at Everton in the league since Fernando Torres in 2008, added: "Hopefully there are many more goals to come.

"My first target is to win something at the club – the Premier League, the Champions League... hopefully both."

Salah has now scored 13 Premier League goals this season, nine of which have come away from home – more than double the number of any other player.

He is also the first Liverpool player to register a goal or assist in seven consecutive away appearances in the competition.

The 34 goals Salah has scored in all competitions this calendar year is a tally bettered only by Benzema (35), Kylian Mbappe (37), Erling Haaland (38) and Lewandowski (53) among players from Europe's top five leagues.

Martial opens up on Man Utd exit: 'It's not about money, I chose Sevilla to enjoy football again'

Sevilla signed Anthony Martial on loan from Manchester United, with the forward making "economic sacrifices" to get the deal done.