The Golden State Warriors continue to set the pace in the NBA after Stephen Curry fuelled the league-leading franchise to a 105-90 win over the Los Angeles Clippers.

Curry put up a game-high 33 points and the red-hot Warriors celebrated their eighth consecutive victory on Sunday.

The two-time MVP also had six assists, six steals and five rebounds as the Warriors improved to 18-2 this season.

Golden State had 19 steals in total at Staples Center, where Paul George (30 points) and the Clippers shot just 40 per cent from the field.

The Warriors have held their opponents to under 50 per cent shooting in all 20 games this season – Golden State have the best defensive rating and opponent field goal percentage in 2021-22. 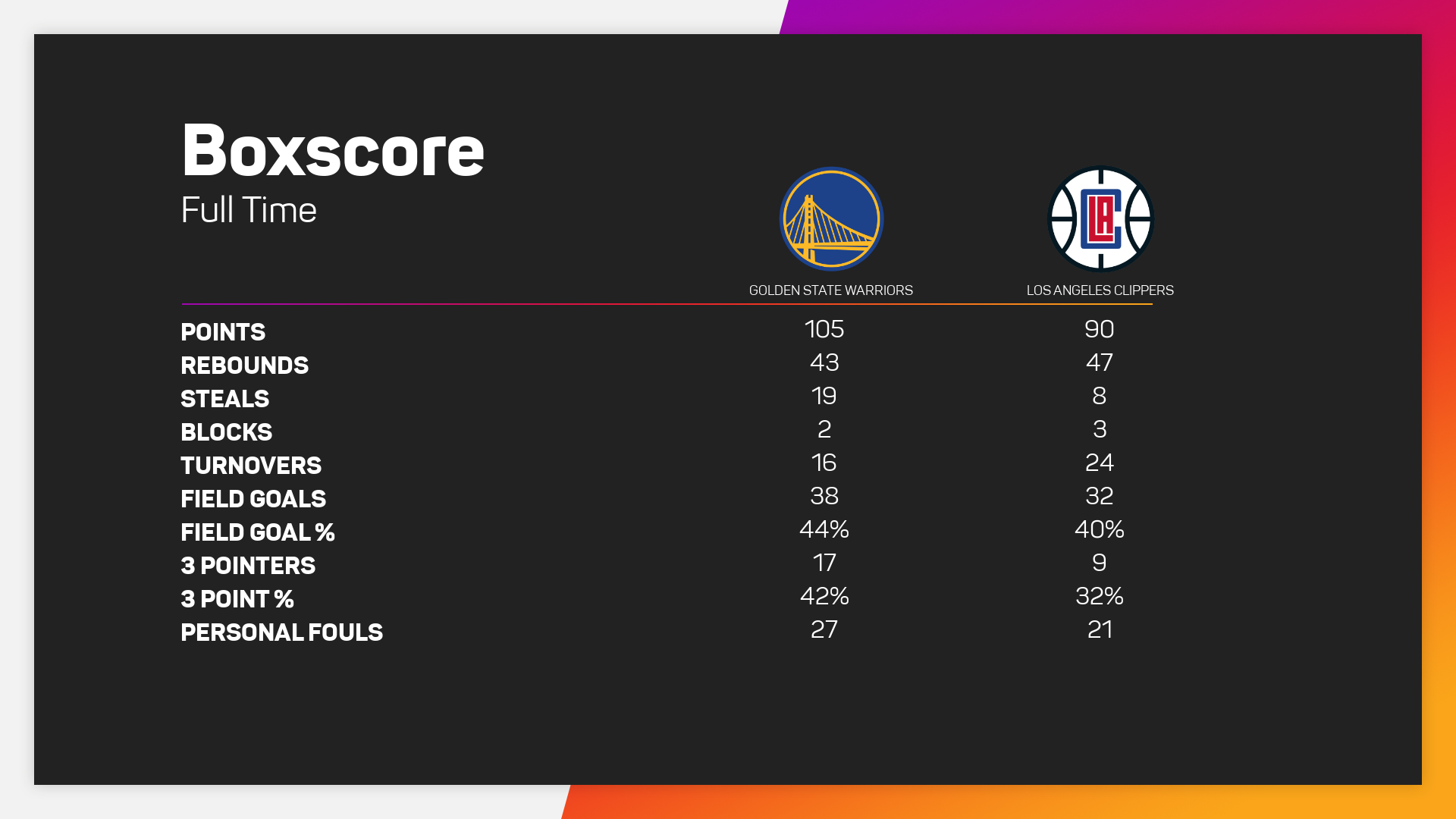 The Los Angeles Lakers outlasted the lowly Detroit Pistons 110-106 as the two teams renewed hostilities for the first time since LeBron James and Isaiah Stewart were ejected following a melee. James had struck Stewart in the face – drawing blood, sparking wild scenes as the Pistons big man repeatedly charged at the Lakers superstar on November 21. On Sunday, James scored 33 points and tallied nine assists to help the Lakers. Anthony Davis (24 points and 10 rebounds) and Russell Westbrook (25 points and nine rebounds) also contributed in LA.

Defending champions the Milwaukee Bucks eased past the Indiana Pacers 118-100 for their seventh successive victory. Giannis Antetokounmpo had a day out with 26 points and 13 rebounds.

The Boston Celtics left Canada with a 109-97 win against the Toronto Raptors, but it was a miserable outing for All-Star Jayson Tatum. While he had 10 assists and seven rebounds, Tatum finished with just eight points on two-of-16 shooting in a team-high 38 minutes. He also recorded four turnovers.