Antonio Conte claimed Tottenham are "many years" from the level of Chelsea following Sunday's 2-0 Premier League defeat at Stamford Bridge.

Hakim Ziyech and Thiago Silva goals condemned Spurs to a fourth defeat of the season against their London rivals, their away league run against the Blues now standing at one win in 32.

Conte's side lost both legs of the EFL Cup semi-final to Chelsea and have now gone six consecutive games without scoring against the European champions, the first time in their history they have ever failed to find the net in as many matches against the same opponent.

Conte has spoken previously of the need for Spurs to strengthen if they are to challenge the top sides, despite having led them on a nine-game unbeaten run in the top flight after taking over from Nuno Espirito Santo in November.

After their latest loss to Chelsea, which cost them the chance to move into the top four, the former Inter boss suggested it would take many transfer windows to build a squad capable of matching the best.

"I don't like to lose. To comment on a defeat is always difficult for me," he told Sky Sports. "But to have nine games in a row without defeat was important, and in this moment, the gap with the other teams, like Chelsea, it's a really important game.

"I'm proud of the effort of my players. We tried to do everything, but sometimes it's not enough, especially when you're playing against a team like this: a starting XI of strong players; on the bench, around the club, there are other players. There is a big difference between us and a top team." 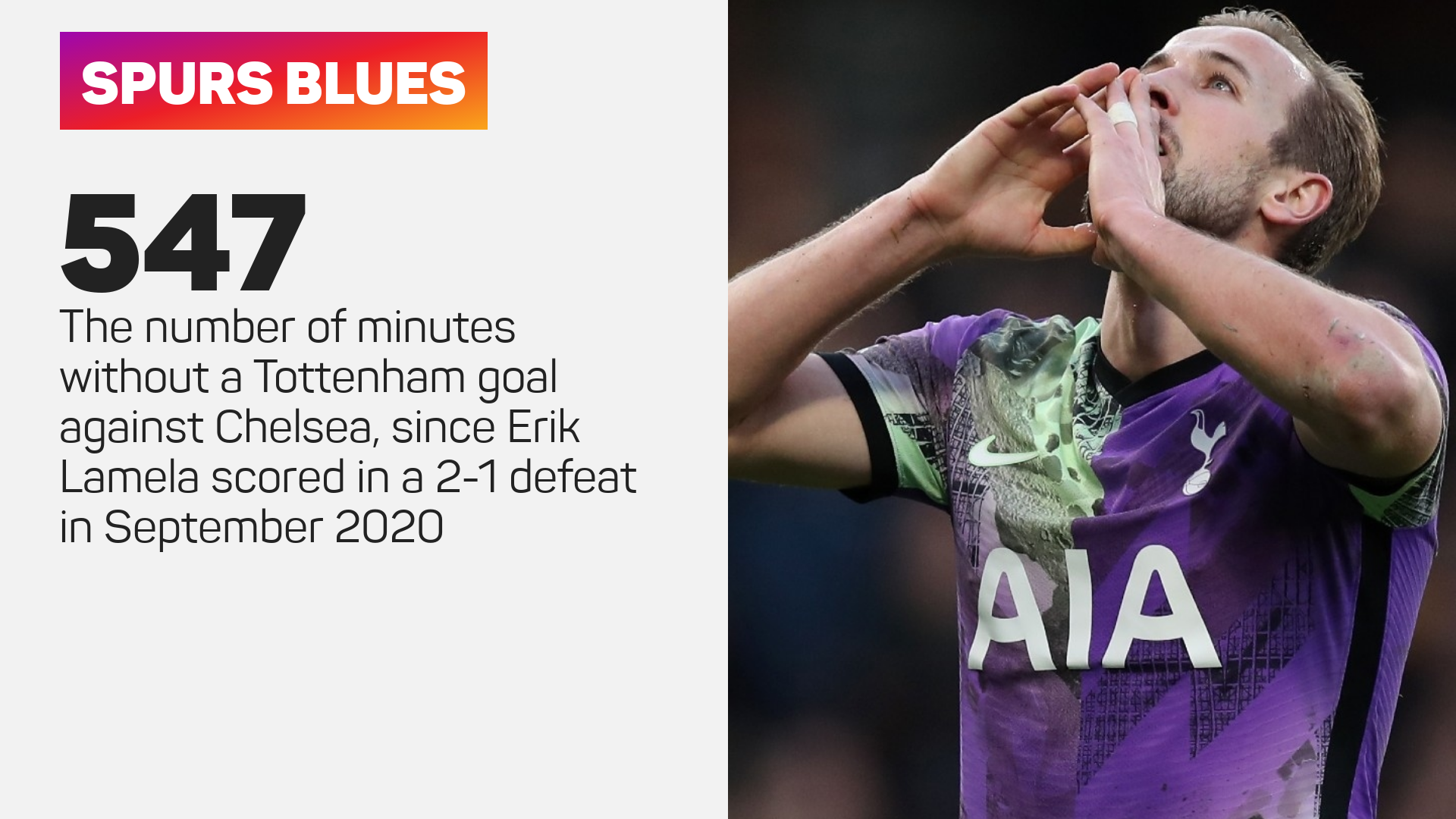 When asked about strengthening the squad before the transfer window closes, he said: "I repeat, this is not the right moment. The club know very well what I think. There is not one transfer market to close the gap.

"In the last five years, this gap became very, very big. Now, it's not simple to find the solution in a short time. I'm only focused on the players to work. We have four months to try to give everything, but if we think we resolve the situation with the transfer market, it's not the reality.

"You need many years. For sure, we have to start, and there is a point to start. For many years, the quality of the squad decreased instead of improved."

Spurs thought they had taken the lead on Sunday when Harry Kane finished from Steven Bergwijn's cross, but the goal was disallowed for a push in the back of Thiago Silva.

"I know it's difficult to comment, and I don't want to comment on the referee's decision, but to disallow this goal in England was incredible," said Conte.

"But, I repeat, the referee tried to make the best decision."

Chelsea coach Thomas Tuchel was also surprised the goal was ruled out at the time, but he had nothing but praise for the effort of his players as they ended a four-game run without a Premier League win.

"We were working extremely hard for it, it was a tough match, but I'm very happy because the effort was outstanding and it was a deserved win," he said. "It's so hard to create chances against them, but I think we were relentless and kept on believing.

"The table is the table. In the end, it's our responsibility to prove ourselves every third day. Now we have a break, and it was important to go into this break with a victory. There is no substitution for a win, and for the feeling. You cannot produce it artificially, so we needed this, but we needed also to do things better and keep on believing."