Ballon d'Or: Lionel Messi unsure if his record haul can be beaten after seventh crown

Lionel Messi is not sure if his record will be broken after the Paris Saint-Germain and Argentina superstar won a seventh Ballon d'Or on Monday.

Messi claimed the coveted award for a record-extending seventh time during a ceremony in Paris, while Bayern Munich talisman Robert Lewandowski won the inaugural Striker of the Year award and finished second in the Ballon d'Or voting.

Many had backed Lewandowski to take home the prized individual honour, after France Football's 2020 Ballon d'Or was scrapped due to COVID-19 – the Bayern forward has scored 53 goals in 42 appearances in 2021, the most of any player in Europe's top five leagues across all competitions.

But Messi added to his incredible haul after guiding Argentina to a drought-ending triumph at the Copa America – the country's first piece of silverware in 28 years, while he has netted 32 goals and supplied 12 assists across 40 club appearances for Barcelona and PSG this year.

"I don't know if the record is beatable, I just have to accept it," the 34-year-old Messi told reporters, with Cristiano Ronaldo next on the list after winning the award five times.

"But honestly, I don't know if this record seven Ballon d'Or's can be beaten. But seven anyhow is really impressive and I'm very happy to win it here in Paris. 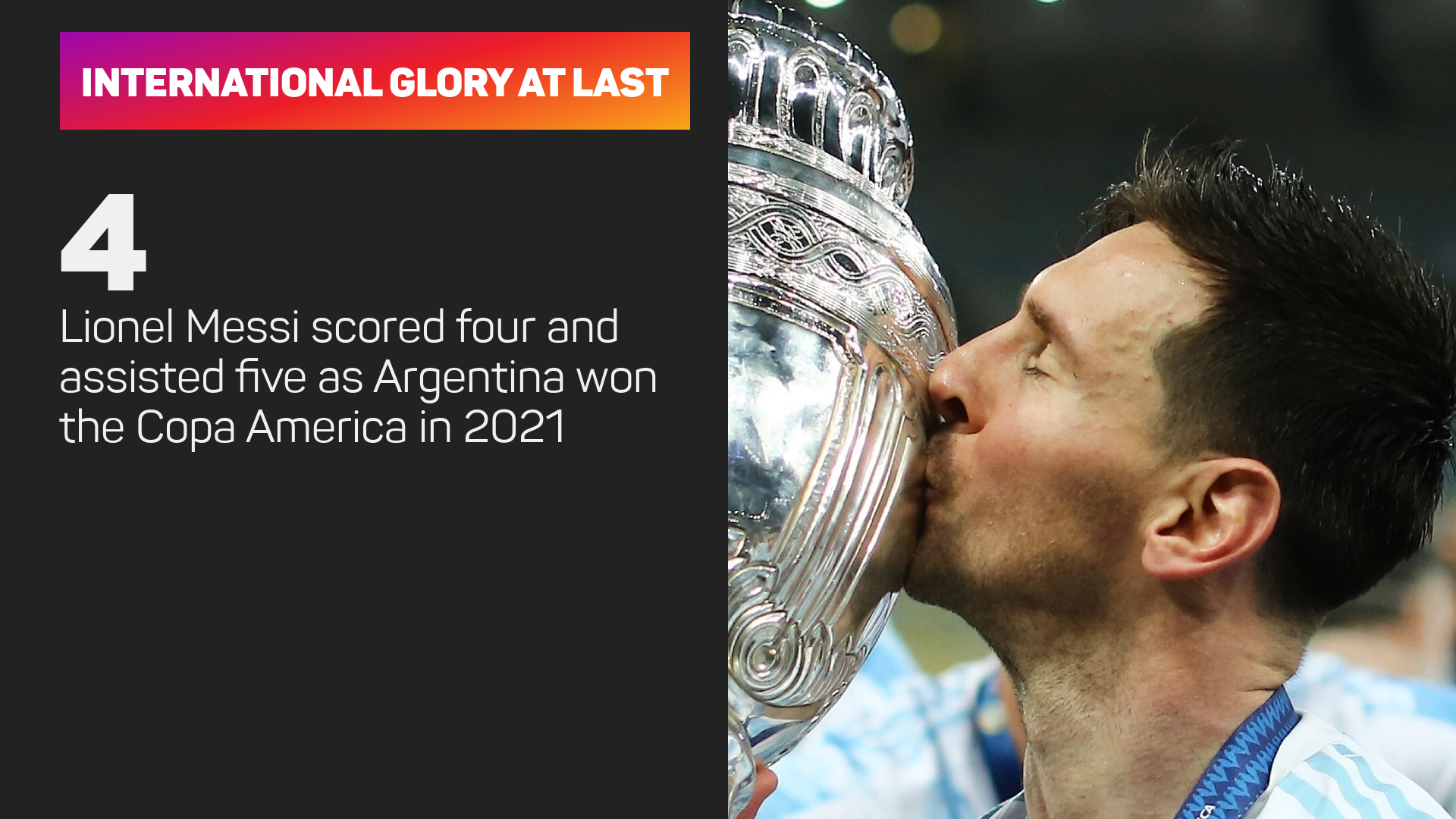 Messi scored four goals and provided five assists as he led the Albiceleste to their first Copa America title since 1993, involved in nine of the 12 goals scored by Argentina at the showpiece South American tournament.

"I had a pretty good year with Barcelona without titles, however I did win the Copa del Rey," Argentina's captain and all-time leading scorer Messi added.

"This trophy really is special. It gives me a feeling of accomplishment with the Argentine national team. It was indeed a special year for me and of course it helped me in this new stage in my life, this move to PSG and my family and kids.

"I know they enjoy the moment and I enjoy seeing them happy. Seeing my parents, cousins and brothers happy, too."