Kick-off was initially delayed before the match was postponed and pushed back to Thursday in Bergamo.

Atalanta's quest to reach the Champions League knockout phase has been rescheduled after Wednesday's showdown against Villarreal was postponed due to heavy snowfall.

The crucial Group F fixture on the sixth and final matchday was initially delayed in Bergamo, where snow forced kick-off to be altered by 20 minutes.

But as the snow continued to fall at Gewiss Stadium, the contest was eventually called off, despite the best efforts of ground staff.

Now, Atalanta and Villarreal will go head-to-head on Thursday, with the hosts guaranteed at least third position following the 1-1 draw between group winners Manchester United and Young Boys midweek.

Atalanta can progress to the last 16 if they beat second-placed Villarreal. 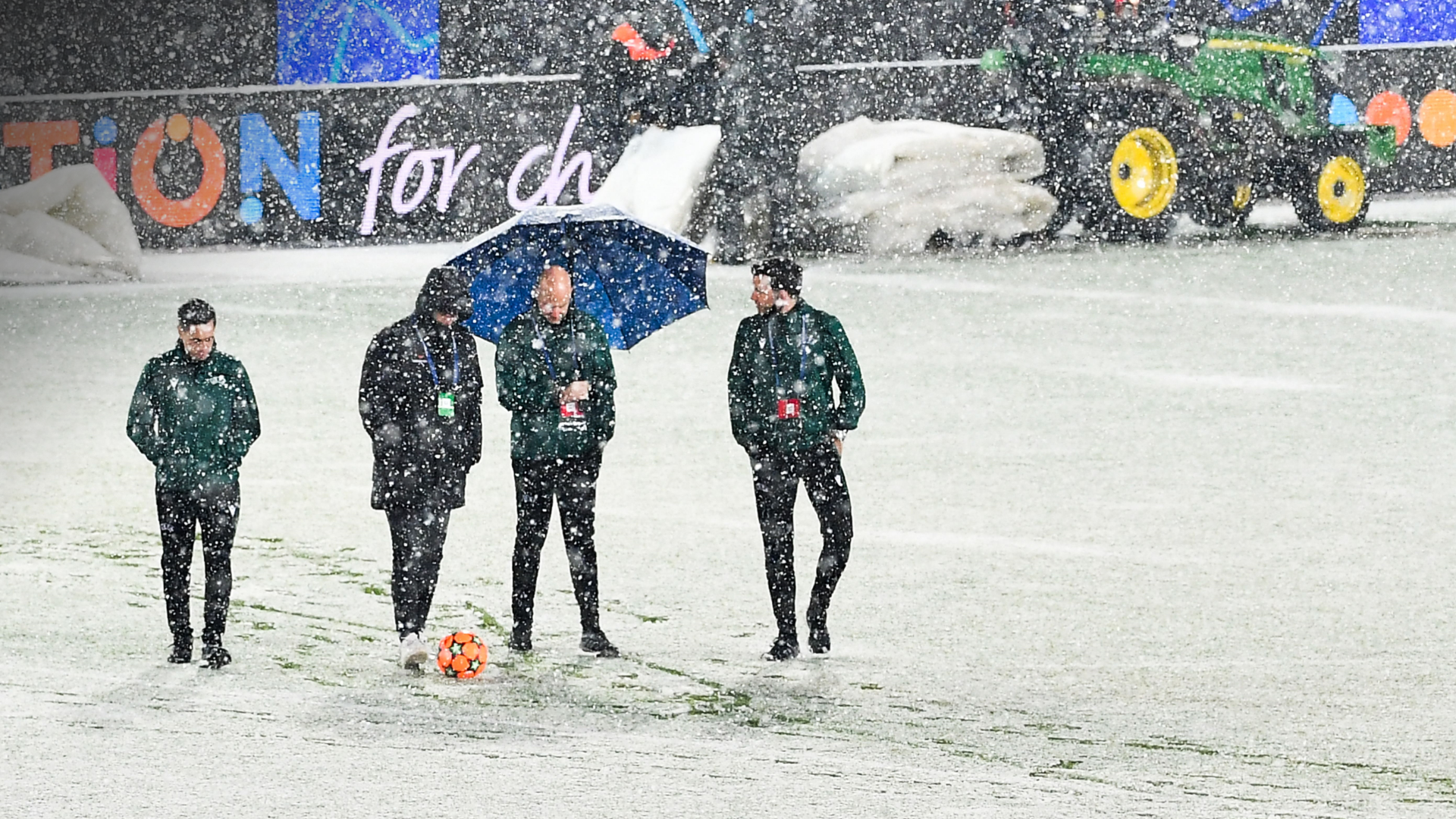 "The referee [Anthony Taylor] tried to get us to play, he wanted to see how the weather developed and we cleared the turf, but the snow continued to come down," Atalanta director Umberto Marino told Sky Sport Italia and Mediaset Infinity.

"The official was intelligent, involved the two coaches in the decision. The players had to be protected from potential danger, the referee spoke to the players and coaches, everyone agreed with the decision. In these conditions, there was no alternative."

The rescheduled contest will take place at 19:00 local time after UEFA reportedly planned for the game to kick-off at 16:30.

"UEFA make the decision in Nyon, we made our request and that is to play it in the evening," Marino added.

Among teams who have played 20 or more Champions League games, Atalanta have highest goals per game ratio of any side in the competition's history (3.5 – 78 in 22 games).

Wayne Rooney rejected the chance to be interviewed for the manager job at boyhood club Everton, who sacked Rafael Benitez two weeks ago.