Mikel Arteta concedes Gabriel Martinelli deserves more game time than he is getting at Arsenal and says the forward is pushing hard to play a greater role for the Gunners.

Martinelli was on target as Arsenal defeated Newcastle United 2-0 at Emirates Stadium on Saturday, just 93 seconds after replacing Bukayo Saka – who had opened the scoring.

The Brazilian has played only 367 minutes across nine appearances in all competitions this season, with just four of those as part of the starting line-up.

His goal against the Magpies was his first of the campaign, while he has yet to register an assist from the five chances he has created.

But Arsenal boss Arteta believes the goal can act as a springboard for a player whose attitude continues to impress the Spaniard.

"It is a big moment for him and I'm especially happy for him because how he behaves," Arteta told Arsenal's official website of Martinelli.

"He's patient, but at the same time he's really pushing and challenging and it makes every decision that you make even harder because he deserves more and I'm really pleased because he really helped the team to get the points." 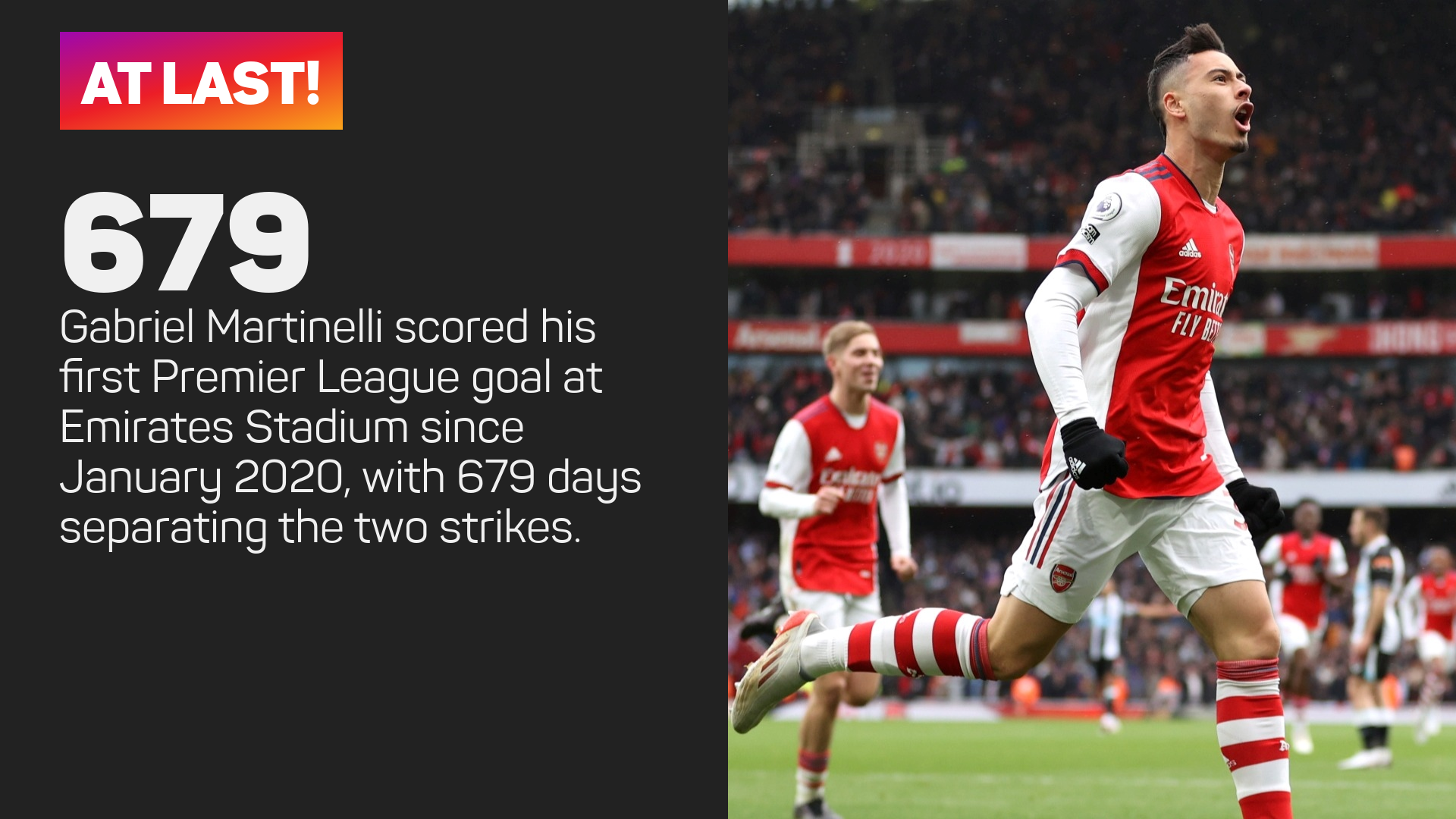 Martinelli's goal was his first Premier League home strike since January 2020, with 679 days having passed between the efforts.

He has had fewer than 15 minutes of top-flight action since August, but Martinelli accepts there is a need to be patient.

"Yeah I need to be patient as I always say, if I play 10 or 20 minutes, I have to play well and be ready to play," Martinelli said.

"We knew that the game was going to be hard, but we came prepared to the game and I'm so happy.

"To be fair I don't remember [the goal]. I think Martin [Odegaard] played it wide to Tomi [Takehiro Tomiyasu] and I just thought I'd go to the box and try to head it, and I finished the ball. I'm just happy to score the goal."