Massimiliano Allegri is "worried" about Juventus' second-half display in their 1-0 win over Malmo that helped clinch top spot in Champions League Group H.

The Italian side saw off Malmo in Wednesday's contest at the Allianz Stadium thanks to a first-half header from Moise Kean.

That fifth win from six group matches ensured Juve finished two points above holders Chelsea, who were pegged back late on in a thrilling 3-3 draw with Zenit.

Despite securing one of the seeded spots for Monday's last-16 draw, Allegri was not pleased with the way his side dropped off in the second half.

"We're happy to finish first; it shows that winning is not easy," he said at his post-match news conference. "But let's put the game aside and think about Venezia on Saturday.

"I'm worried because I didn't like the second half. But we go into the game with three wins without conceding a goal and on Saturday we play in a field where it is difficult to play.

"As for finishing top, it's like I said before – being first does not tell us who we will draw. Right now, the only concern is the match against Venezia." 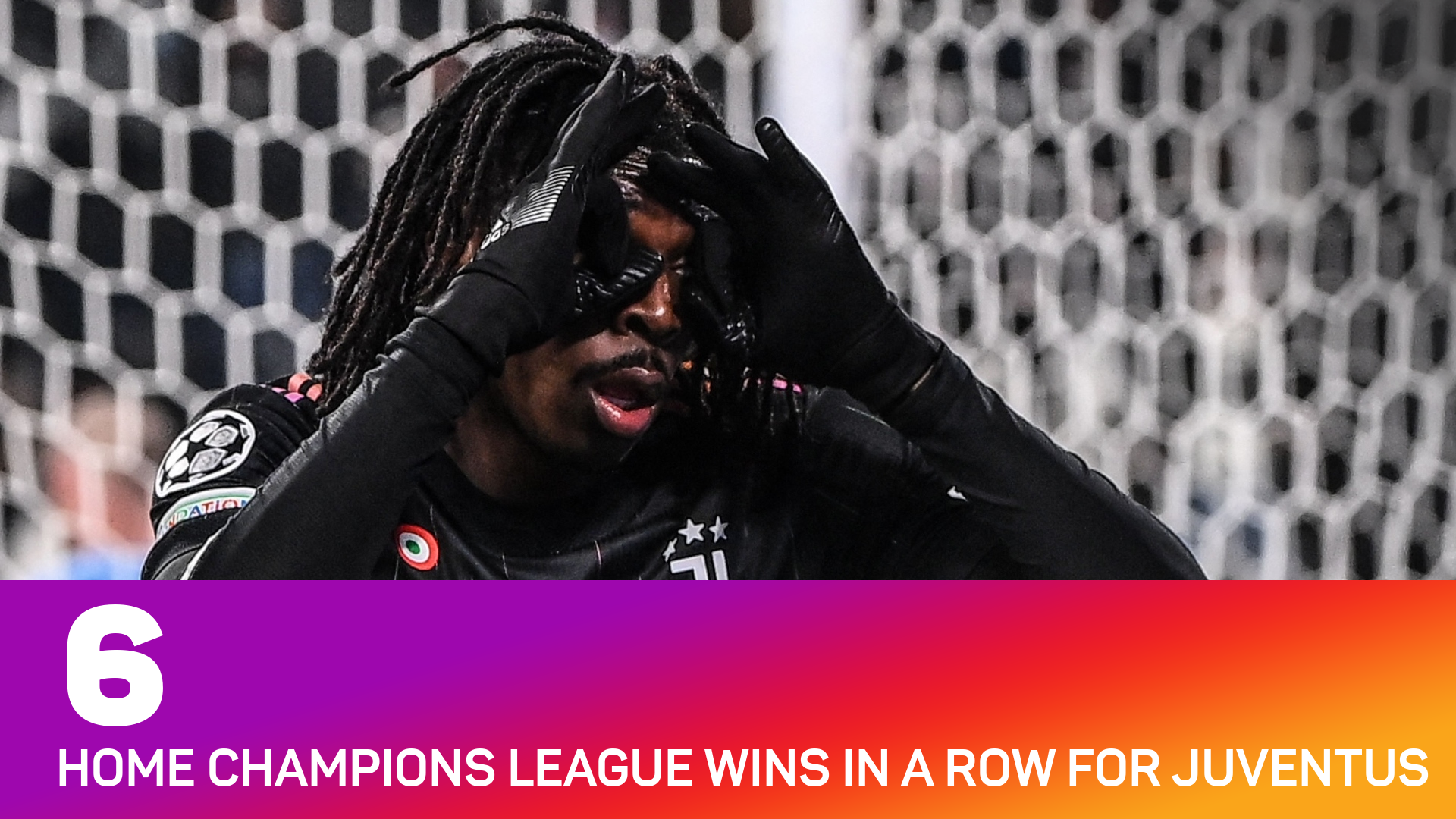 With his match-winning header, Kean has now scored four goals in five Champions League starts across spells with Paris Saint-Germain (three goals) and Juventus (one).

He is only the second Italian aged 21 or under to score for Juve in the competition after Alessandro Del Piero, who netted eight times before turning 22.

Fellow youngster Koni de Winter also impressed as he became the youngest player to start a match for the Bianconeri in the Champions League at 19 years and 179 days.

Belgium Under-21s international De Winter played 71 minutes at right-back and had the fourth-most touches (78) of any Juve player on the field.

"He didn't play the whole game but I'm happy with him," Allegri said. "He's a technical player and can play central or full-back. He played with real personality today."

Juve have won six home Champions League games in a row for just the second time in the 21st century, having previously done so between December 2016 and October 2017.

Allegri's side are well off the pace domestically, however, and Leonardo Bonucci accepts his side cannot be considered among the favourites to win a third European Cup.

"It would be hypocritical to say that Bayern Munich, Chelsea, Real Madrid and Liverpool do not have something more than us," he said.

"Whoever we draw, even if it's Paris Saint-Germain or Atletico Madrid, we need to arrive in the best possible form. We have to reach at least the quarter-finals this time."