Verstappen: I felt like the car was falling apart

Max Verstappen suffered significant damage in the British Grand Prix that left him tumbling down the order at Silverstone.

Max Verstappen says his Red Bull felt like it was "falling apart" in a frustrating day for the Formula One championship leader at Silverstone.

Verstappen took the lead from pole sitter Carlos Sainz after the Ferrari driver made an unforced error and went wide, but his advantage lasted just a few laps after then suffering structural damage.

The defending champion ran over a piece of debris and believed he had suffered a puncture, but a pit stop did not solve the problem and it was later revealed he had sustained significant structural damage to the floor of his Red Bull.

That left Verstappen unable to fight his way up the order and instead had to see off pressure from Haas driver Mick Schumacher, who secured a first points finish in F1, and the Dutch ace says the incident "destroyed" the side of his car.

"I'd just gone into the lead because of Carlos' 'moment' and then a few corners later, there was a piece of debris on the racing line," he told Sky Sports. 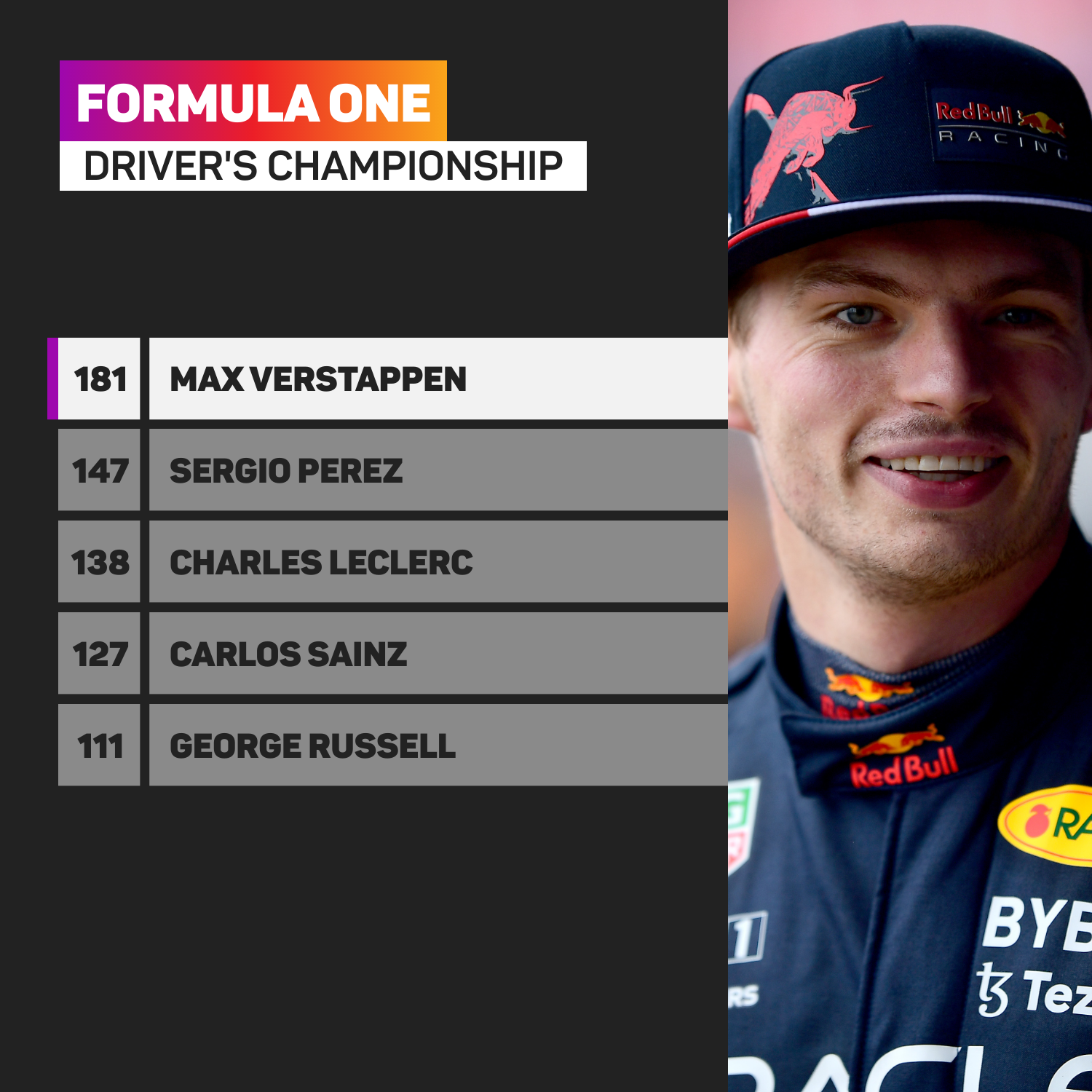 "As soon as I arrived there [on the line], I could not drastically turn left or right, so I tried to hit it head on. Normally, it would just get pushed away, but this time it went in my floor and destroyed the whole left-hand side of my floor.

"Within two corners, I felt like the car was falling apart. I thought initially I had a puncture, which was not the case, but even after that the car was a handful to drive."

The issues saw Verstappen's lead over team-mate Sergio Perez in the championship drop to 34 points, with the Mexican driver coming second, but Verstappen believes the result was still a positive one after the issues he sustained.

"I think overall to finish seventh with that car, it was still a good result. It's better than zero points that's for sure," he added.