Manchester United were heavily linked with Kieran Trippier and the defender, now at Newcastle United, has confirmed there was interest.

Kieran Trippier has confirmed he attracted "strong interest" from Manchester United last year before returning to the Premier League with Newcastle United.

Trippier swapped a LaLiga title defence with Atletico Madrid for a relegation battle with Newcastle this month, with the England full-back joining Eddie Howe's side for a reported fee of £12million.

There were reports since early in 2021 that Trippier wished to return to England, and United were heavily linked.

Trippier has now confirmed that United and Atleti held discussions before the 2021-22 season, after England's run to the final of Euro 2020, but the potential move broke down over the Spanish club's demand that his release clause, reported at around £50m (€60m), was met.

"After the Euros, there was really strong interest," Trippier told Newcastle great Alan Shearer in an interview with The Athletic.

"I've got to be careful what I say because I don't want to get into trouble, but yeah, there was interest. We had conversations, but Atletico Madrid just wanted my release clause and it was a lot of money for a 30-year-old, so I understand why Man United didn't do that.

"There were other clubs interested too. Anyway, it's gone now, so it doesn't bother me."

Trippier hopes Simeone, who has established himself as one of world football's leading coaches during his decade-long stint at Atleti, follows him from LaLiga to the Premier League.

"I'd love to see him working in England. I know he was learning English about a year ago, and his partner speaks English," Trippier said.

"The thing about Simeone is that because he's so passionate when he's talking in the dressing room, I think it would get to him if he wasn't completely fluent. But I would love to see him in the Premier League. I think everyone would." 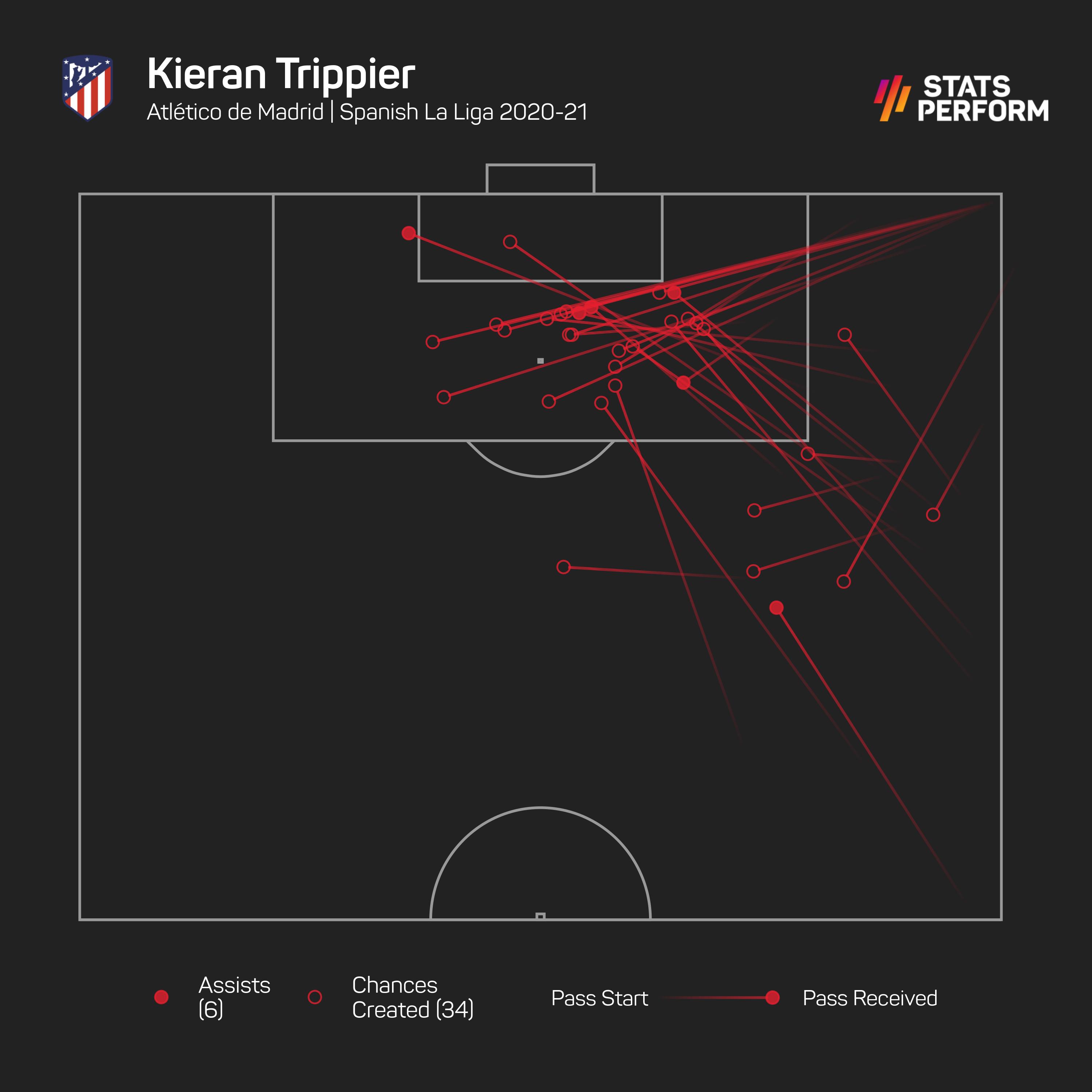 Simeone's pragmatic approach has sometimes come in for criticism, but there can be no doubting its success.

"It's a bit unfair, because Simeone has been so successful. He's won eight trophies," Trippier added, before referring to a comment Jurgen Klopp made about Atleti not playing "proper football" after Liverpool's defeat to Los Colchoneros in the 2019-20 Champions League knockout stage.

"I understand where Klopp is coming from, but if you're playing at Anfield you can't go toe-to-toe with [Liverpool] because you'll get punished.

"Everybody has their own system or set-up and Simeone's is different. It's worked for him."

The former Burnley defender enjoyed a fine 2018 World Cup, but felt his form dropped off slightly afterwards. However, he also hit out at Spurs chairman Daniel Levy, who he claims was engineering a sale while the season was ongoing.

"f you look back to the last few months of my Tottenham career, I admit that I wasn't at the levels that I was at the World Cup and there's no excuse," he said.

"After the Champions League final, it felt like the right time to move on.

"What annoyed me, I know 100 per cent for a fact – and this is what I was most angry about – that two months before the end of the season, Daniel was offering me to other clubs.

"I knew for certain that was happening, so I knew my time there must be up. I was playing for my team-mates and the supporters, but I also knew I wasn't wanted."