Injury almost prevented Katarina Johnson-Thompson from competing at Tokyo 2020 but she is determined to give her all at the Games.

Katarina Johnson-Thompson is at "complete peace" ahead of competing at the Tokyo Olympics and has a new outlook on life due to the injury that nearly crushed her Games hopes.

The 2019 world champion heptathlete ruptured the Achilles in her jumping leg back in December and her status for Japan had been unclear until she returned to competition last month.

It has been an arduous journey over the last year for all athletes, who saw the Olympics postponed by a year due to the coronavirus pandemic while uncertainty reigned as to whether they would go ahead at all.

But for Team GB star Johnson-Thompson it has been a particularly gruelling journey given the serious injury she sustained.

For the 28-year-old, the setback has merely been part of the journey.

"It's been really tough and I'm at peace with that now, I don't know when that happened but I am," she told a round-table of journalists.

"I was able to get given the space to do that and go through that process as well. I'm a different person now. I'm a different athlete, I don't know [whether it's because of] COVID, the injury, the cancellation of the Olympics, all of these different things, I'm just at complete peace with myself. I've been through so much, and this is another part of the story.

"Different experiences give you different outlooks on things, I've had to work so hard in the last eight months just to get to the start line so I'm really grateful just to be here.

"Getting on the plane to come to the Olympics was something I took for granted in Rio, now coming to a start line and putting on a Team GB kit I'm really grateful for everything." 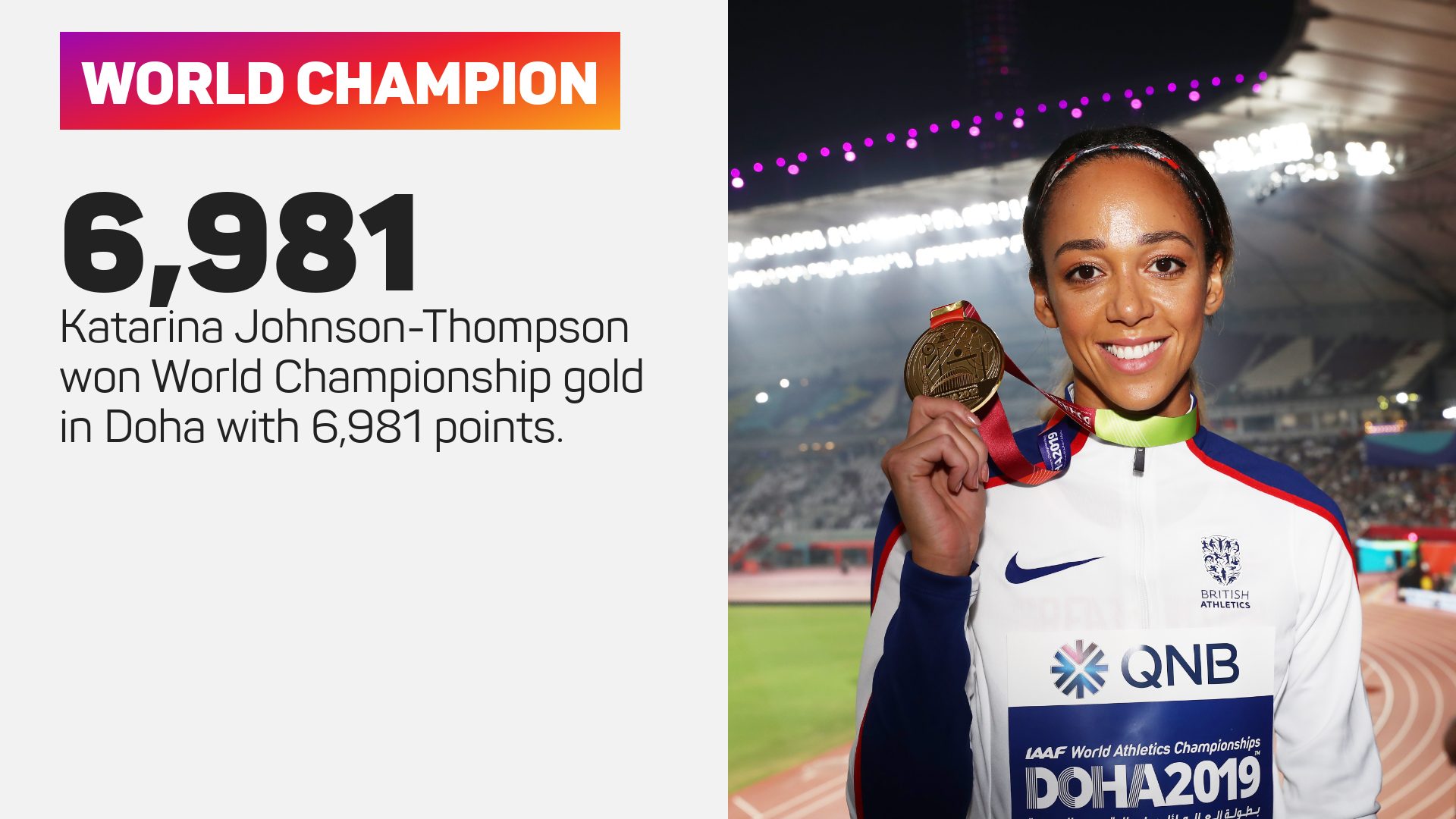 It is such gratitude that Johnson-Thompson believes can be a valuable weapon in her arsenal.

"I feel like through my past experiences leading into Rio [2016 Olympics] and leading into Beijing [2015 Worlds] I was in a similar position to what I'm in now, where I didn't have enough competition practice. I didn't know how to handle that going into those competitions and now I feel like I'm at a place where I can.

"It's a lot of different factors that gives me confidence at the start line, like I'm not defeated in any respect, I'm happy to be here."

As well as the world title won in Doha two years ago, Johnson-Thompson also has Commonwealth gold and European silver on her impressive resume.

Heading into her third Olympic Games she is yet to win a medal on this stage, but Johnson-Thompson believes the recent injury takes pressure off in her bid to change that fact. Her campaign in the two-day, seven-discipline event will begin next Wednesday.

"I have trust in myself and my ability and taking that step up for a heptathlon. I'm so happy to just be here, it's been so tough and I've been working every day," she said.

"It's been super hard and it's been a victory to make it this far, I've done really well to get to a state where I'm able to compete in a heptathlon after what I've been through."

Asked if she feels she has unfinished business at the Olympics, Johnson-Thompson said: "I feel like sport is sport and the older I get, the more I realise sport is so unpredictable and doesn't go everyone's way all the time.

"I just think in the past you can take things more personally and think that you deserve certain medals. I thought I deserved certain medals from the past, but my performances weren't up to scratch and I didn't do as well on the day. I feel like now all that matters to me is leaving the track with no regrets."

Mercedes will be hoping Valtteri Bottas can do Lewis Hamilton a favour and hold up Max Verstappen towards the back of the grid in Sochi.