Tokyo Olympics: China extend lead over Japan in medal table as Ethiopia get on track

Friday saw yet more success for China at Tokyo 2020, while Selemon Barega was able to celebrate an impressive victory.

China bounced clear of Japan at the top of the medal table at the Tokyo Olympics thanks in part to a gold medal in trampolining.

Xueying Zhu edged out compatriot Lingling Liu to win the women’s final, maintaining the country's dominance in the event. Only at the Sydney Games in 2000 has China ever failed to have a competitor make it onto the podium.

There was also an all-China final in table tennis, Ma Long defeating compatriot Fan Zhendong in the men's singles final.

Add in further success in the mixed doubles final in badminton and China now has 19 golds at these Games, two more than the host nation.

The United States sit third in the standings with 14 golds, while Great Britain remain in sixth place thanks to Beth Schriever riding away with a gold in the women’s BMX final.

New Zealand improved on their previous solitary gold with not one but two victories in the water on Friday. Emma Twigg's win in the women's single sculls final was followed by glory for the men's eight. The women's team in the same discipline claimed silver, finishing second to Canada.

Ethiopia celebrated a first medal of any colour on Japanese soil, Selemon Barega triumphant in the men's 10,000 metres final as the athletics began, a fast finish seeing him cross the line ahead of Ugandan duo Joshua Cheptegei and Jacob Kiplimo. 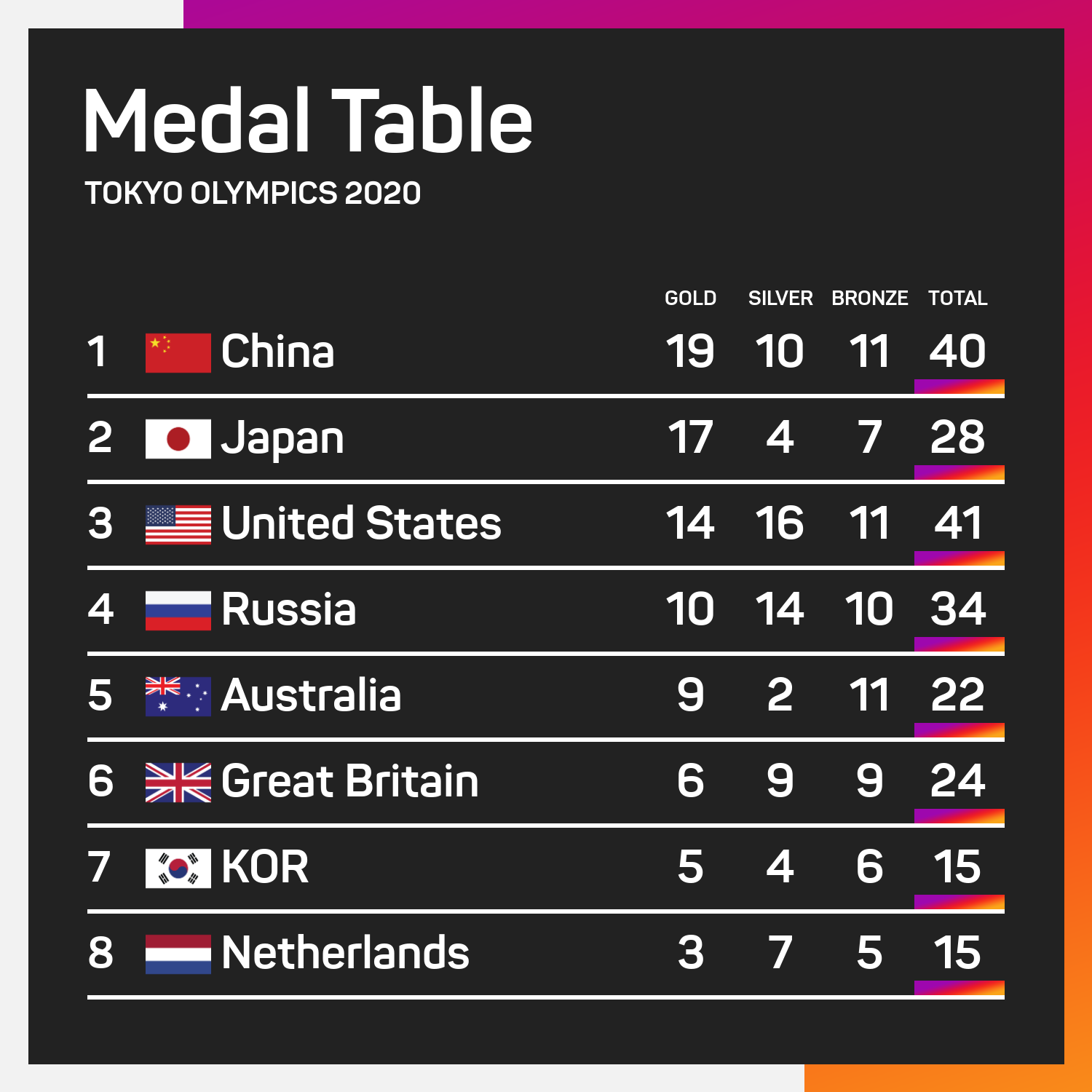 Mercedes head to Russia excited for run-in despite Hamilton drought

Mercedes have work to do over the final stretch of the Formula One season, but Toto Wolff believes they are up for the fight.

Juventus registered a win at the fifth time of asking in Serie A this season, but they were given a real fright by a spirited Spezia side.

Capitals return to top of IPL with emphatic win over Sunrisers

Shreyas Iyer was in the runs in his 150th IPL game, and his first of the 2021 edition, as Delhi Capitals return to the summit.

James Rodriguez's time in the Premier League is over, with the Colombian departing Everton after one season at Goodison Park.

Marlon Samuels has a fortnight to respond to four charges in relation to his participation in the T10 League in Abu Dhabi two years ago.

Rooney's Derby County to have 12-point deduction after entering administration

Simona Halep went to the top of the WTA rankings and won a grand slam under Darren Cahill, but has now split with the coach.

Ronald Koeman is under pressure and acknowledged Barcelona's problems have been exacerbated by Lionel Messi's departure.

Under pressure Barcelona coach Ronald Koeman read from a prepared statement and did not answer any questions in Wednesday's news conference.