The Phoenix Suns are keeping their eyes on the prize as they target NBA glory, with Chris Paul and Devin Booker playing down the team's winning streak.

Phoenix made it 15 consecutive wins thanks to Friday's 118-97 victory over the New York Knicks at Madison Square Garden.

Paul's 14 points and 10 assists, and Booker's 32 points fuelled the Suns to within two wins of equalling their franchise record for consecutive victories – 17 in 2006-07.

But after falling short in last season's NBA Finals, Paul and the Suns are solely focused on the business end of the campaign.

"This ain't a playoff game tomorrow [Sunday]," Paul said post-game in New York, where the Suns improved to 16-3 – a record only bettered by Western Conference rivals the Golden State Warriors (17-2) this season.

"It's good for us to go out there and compete, and we're probably gonna see different coverages and all that, but we're just trying to build, build.

"It's not about winning a game in November." 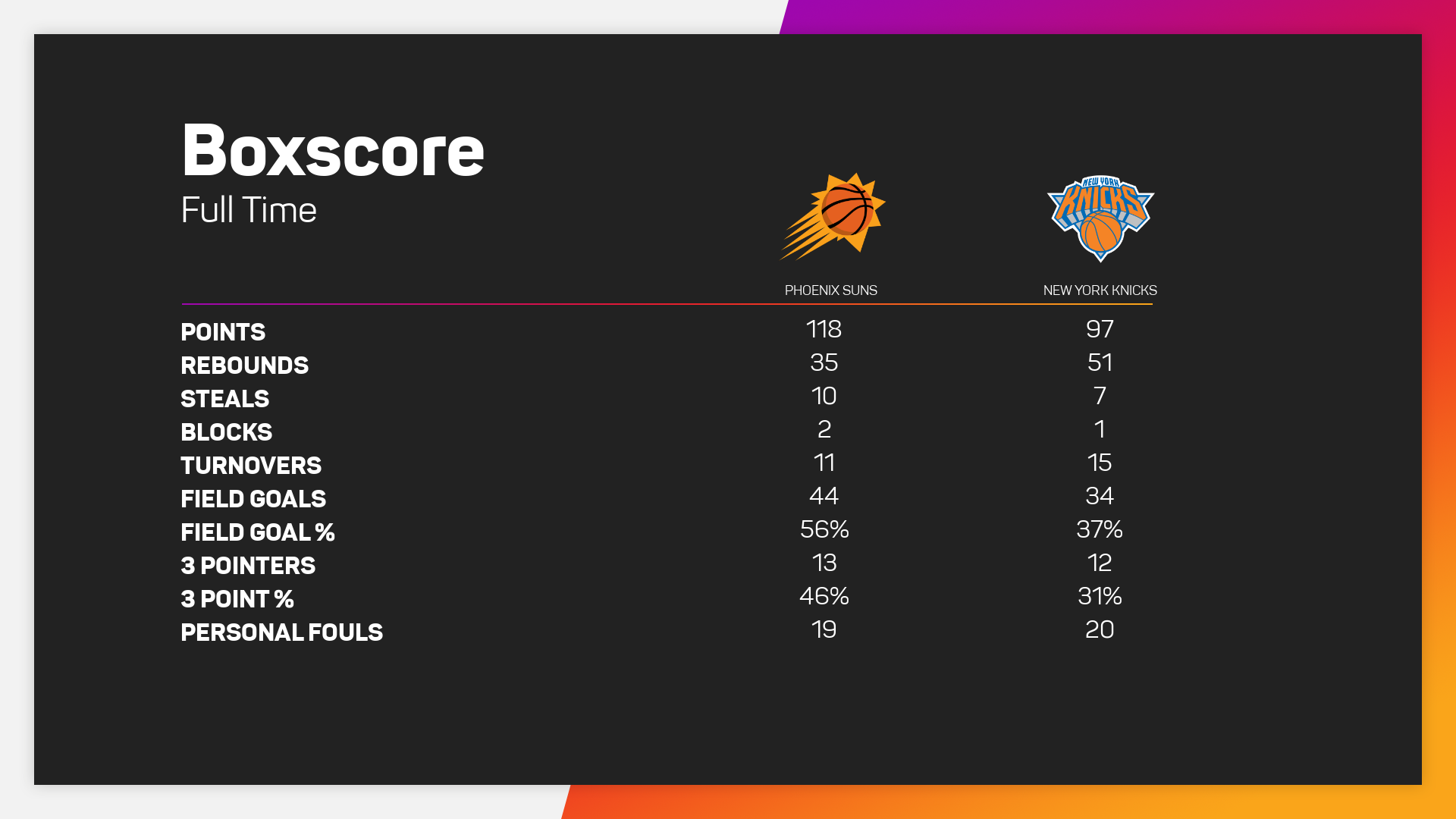 "We just wanted to get it going," said All-Star Booker. "It's no secret we have a streak going, and we're going to get every team's best shot.

"The whole NBA knows about that, so we just tried to set the tone early. Come out, play team basketball ... we did our job tonight."

Booker added: "We do one at a time. We know we have a tough opponent tomorrow that's been waiting on us, well-rested.

"So we just have to come in with the same mentality, play the type of basketball that we do, defend at a high level and put ourselves in good shape to get it done."