Cristiano Ronaldo "cannot do things on his own" and Manchester United will therefore not look to build their team around one player, according to interim manager Ralf Rangnick.

The Portugal international has scored 14 goals and assisted three more in 21 appearances since returning to Old Trafford from Juventus in September.

That is double the number of goals than any other United player, with compatriot Bruno Fernandes next on the list with seven strikes to his name in 2021-22.

Ronaldo's incredible longevity was recognised with a special award from FIFA on Monday after becoming the all-time top goalscorer in men's international football history in 2021.

But while Rangnick is in awe of Ronaldo's scoring record, he has no plans to centre his United side around the five-time Ballon d'Or winner.

"What he has done with his career so far is amazing: 800 goals in competitive games, which no one has achieved that in the last 80 or 100 years," Rangnick said.

"That shows what kind of exceptional player he is. But the Premier League is the most competitive league in the world and he cannot do things on his own.

"He is one important member of this team and that’s how we have to develop." 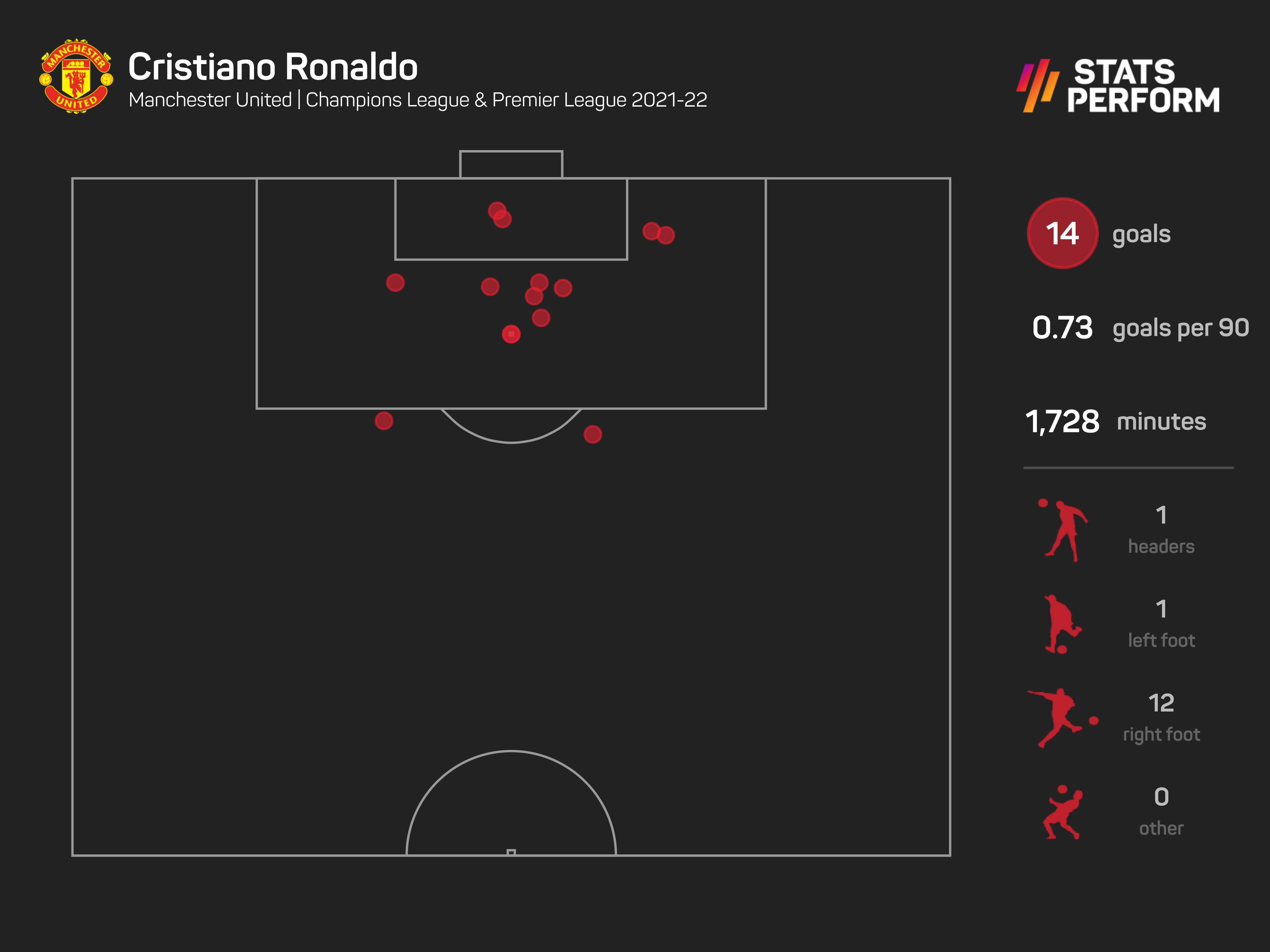 Ronaldo has missed United's last two games – a 1-0 win over Aston Villa in the FA Cup third round and a 2-2 draw against the same side five days later in the Premier League.

Rangnick is hopeful of having Ronaldo back for Wednesday's trip to Brentford, which has been rescheduled from last month after a COVID-19 outbreak in the United camp.

A raft of games have been called off in the English top flight in recent weeks, with bottom side Burnley having as many as four games in hand on some sides around them.

Thomas Tuchel is among those to have asked for more transparency in terms of games being called off, with Chelsea recently having a postponement request declined.

Asked if he feels more should be done to prevent postponements, Rangnick said: "I don't know, I can only speak about our club here, we had some problems four weeks ago.

"Right now we don't have any issues, we have players available, we haven't had any COVID cases. I can't judge other clubs, it's something the Premier League has to deal with."

United head to Brentford sitting seventh in the Premier League and with just one win from their last five away top-flight matches.

The Red Devils have scored in all 10 of their Premier League away games this season, which is the best-such 100 per cent record in the competition this term.

However, three of the last four times they have failed to find the net on the road in the league have been in games in London (v Arsenal, Chelsea and Crystal Palace last season).

Goals from Takumi Minamino and Joel Matip ensured Liverpool will take their Premier League title race with Manchester City all the way.