Marcus Rashford believes he and his Manchester United team-mates are benefiting from a "fresh start" under Erik ten Hag.

Marcus Rashford believes enjoying a full pre-season will allow him to rediscover his form under new Manchester United boss Erik ten Hag, saying he is "ready and focused" ahead of the new Premier League season.

Having only played 1,232 minutes of Premier League football, Rashford was left out of Gareth Southgate's England squad for June's Nations League fixtures.

The Three Lions boss also claimed Rashford, as well as club team-mate Jadon Sancho, had "a lot to do" to make England's squad for the World Cup later this year after struggling on the domestic stage.

But after featuring in England's Euro 2020 party last year and missing out on a full pre-season ahead of the Coronavirus-affected 2020-21 campaign, Rashford is relishing his time training under Ten Hag.

"I have definitely not had that much rest before in a summer break, so it was a little bit strange at first and I had to adjust my program a little bit, make it a little bit longer, so I could come in with a positive look on everything," he told the club's website.

"We are excited to go away [on tour] now. You feel every day now you are getting that one step sharper and one step fitter to being ready for the season.

"I don't think I have had a proper pre-season since 2019 so for me it is definitely a positive thing.

"I feel like I probably needed that time to switch off a little bit and me having that time enabled me to refocus a lot earlier than I expected, to be honest.

"Like I say, I feel ready and focused so when that first game does come, it's good to know you have done almost six weeks of training beforehand. It will definitely be a positive." 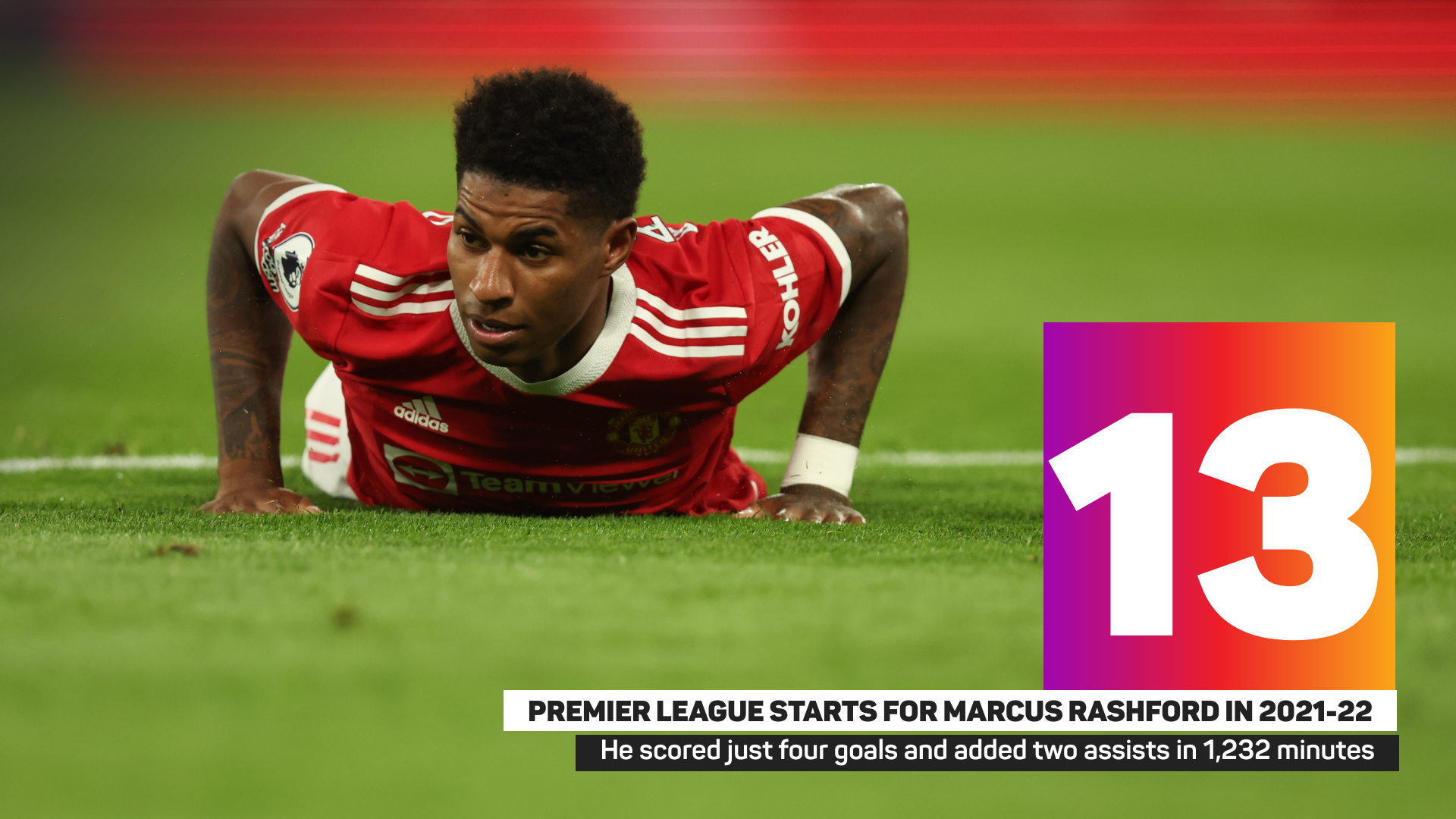 United endured a dire campaign last term as their major trophy drought was extended to five years, with caretaker boss Ralf Rangnick posting the worst points-per-game return (1.5) and win percentage (42 per cent) of any manager in the club's Premier League history.

But with Ten Hag at the helm, Rashford says there is a newfound excitement among the United squad.

"We have got that feeling of excitement and that buzz around the training ground again and so it is definitely positive going into pre-season," he added.

"It is just about, one, getting the principles right of how Erik wants us to play and the details, and two, enjoying it.

"It is a fresh start for everyone, and for me personally I have had quite a long break, a nice camp before coming back into training, and we are starting off on the right foot.

"Like I said, everyone is looking forward to pre-season now and going out to try to put into the games what we have learned in training so far, and what we will continue to learn, not only in the pre-season but throughout the season as well."

United will face the likes of Liverpool and Atletico Madrid in high-profile friendlies before beginning their Premier League season against Brighton and Hove Albion on August 7.

It is now 16 months since Barcelona's most recent taste of silverware, but Robert Lewandowski is convinced the waiting will soon be over.

A spokesperson for Jim Ratcliffe believes the British billionaire would want to buy Manchester United should the club go up for sale.

NBA legend LeBron James will continue at the Los Angeles Lakers for at least two more years after agreeing a lucrative new deal.

Rory McIlroy and Justin Thomas have praised Tiger Woods after several players met amid the ongoing battle between the PGA Tour and LIV Golf.

Domenico Berardi has drawn interest from both Juventus and Milan, but he has committed his long-term future to Sassuolo.

Cucurella vows to never cut his hair despite Romero incident

New Chelsea signing Marc Cucurella has no intention of cutting his hair, despite it playing a role in Tottenham's equaliser on Sunday.

After a sixth-place finish at the Tour de France, Colombian Nairo Quintana has been disqualified after tramadol was found in his blood.

On the ground where he scored a century on his ODI debut, KL Rahul is eager to rack up more runs against Zimbabwe.

Anrich Nortje and Kagiso Rabada starred as England were reduced to 116-6 on day one of the first Test against South Africa.

Merseyside Police interviewed and cautioned Cristiano Ronaldo in relation to an allegation of assault and criminal damage.