Milan are seven points in front of Juventus ahead of Sunday's clash, but Stefano Pioli has yet to get the better of Massimiliano Allegri.

Stefano Pioli is paying no attention to his poor record against Massimiliano Allegri ahead of Milan's crunch clash with Juventus at San Siro on Sunday.

That includes a 1-1 draw in their most recent meeting four months ago when Ante Rebic cancelled out an early Alvaro Morata opener.

The Rossoneri are seven points better off than Juve with 22 games played, however, and Pioli is looking to end his disappointing run against Allegri in this latest encounter.

"I don't like to look back too much," he said at Saturday's pre-match news conference. "The past doesn't count, only tomorrow's game.

"It's a negative fact, of course, and one to try to change immediately." 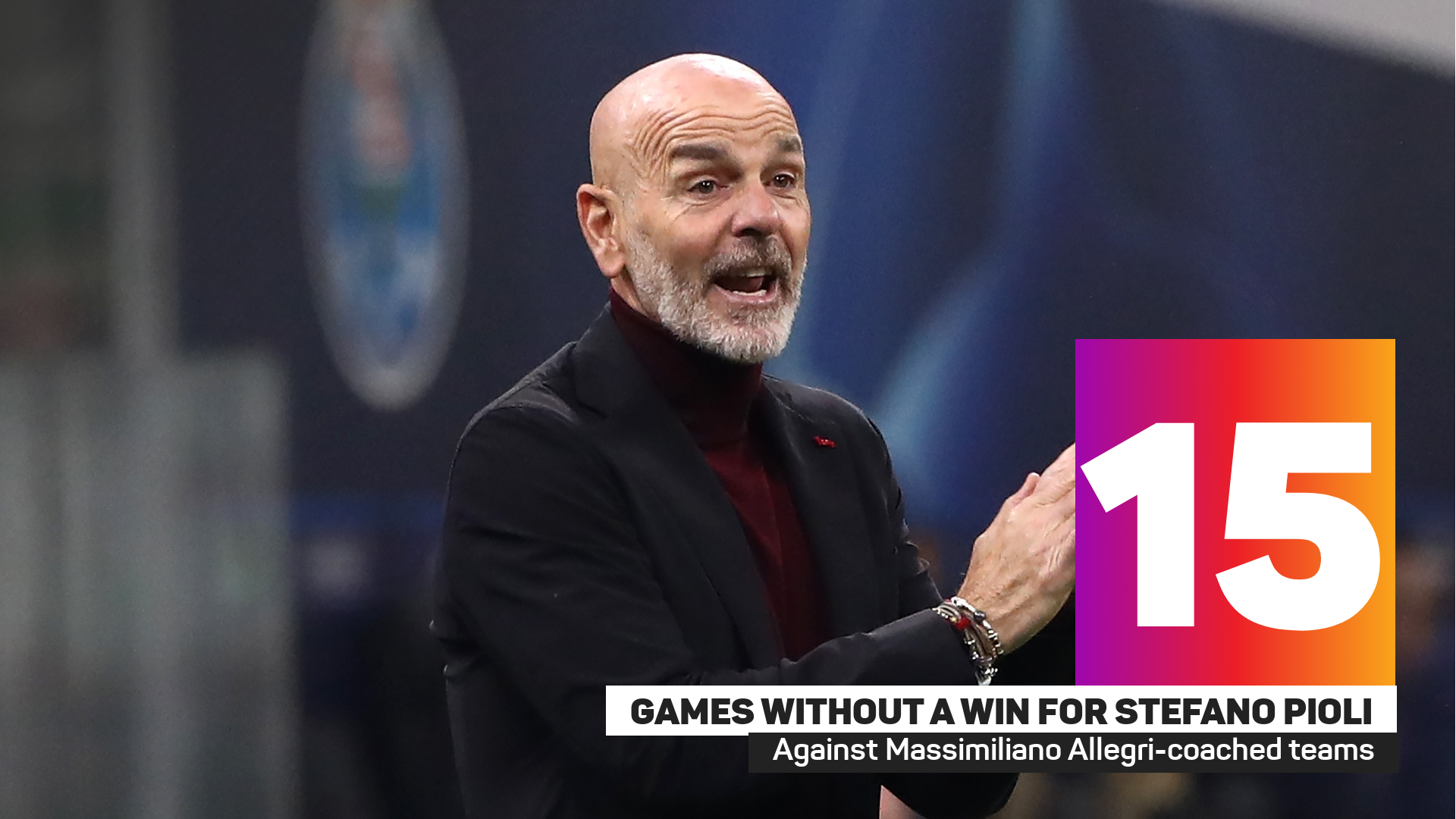 Milan may be three places in front their opponents, but they suffered a shock 2-1 loss at home to Spezia last time out to miss out on the chance to move top of Serie A.

Juve are unbeaten in their last eight league games, meanwhile, winning six and drawing two, which is their best run in the competition since 12 without defeat in December 2020.

And Pioli is anticipating a far different test to earlier in the season when Juventus were still seeking their first win of Allegri's second spell in Turin.

"Juve have grown since our last game and are in positive form, but we are also doing well," he said. "We'll have to fight ball by ball and inch by inch.

"It's evident that Juventus are now in a great moment of form compared to the start of the season. We will have to put in a great performance.

"It's an important game, but it won't be decisive. Juventus are showing their strength, so being able to win would be important for our spot in the table."

Zlatan Ibrahimovic is available to face Juve and is seeking a third league goal against his former side, with those previous two strikes coming at San Siro in 2010 and 2020.

Should he find the net, he will become the oldest player to score against Juve in the Italian top flight at the age of 40 years and 112 days, overtaking Silvio Piola.

The Sweden international has not scored a home goal since September, but he remains an important player under Pioli.

"He's had his chances but he hasn't taken advantage of them," Pioli said. "With Juventus we won't have 10 goals but there will be situations where he can be decisive for us."