Manchester City could be pipped by Liverpool on the final day of the Premier League season, but data offers scant encouragement to the Reds.

Look away Liverpool, this may make for painful reading. Manchester City are not quite home and hosed in the Premier League title race, but all signs point to them brushing off Aston Villa on Sunday to clinch the trophy.

If City drop points, a Liverpool win would make Jurgen Klopp's team the champions. Yet recent history shows us that City rarely stumble against Villa, so a slip-up in the clash with Steven Gerrard's side would be a monumental shock.

A sixth title in the Premier League era beckons, which would rank City outright second behind Manchester United's haul of 13 championships.

Saving the best for last

Pep Guardiola has repeatedly denied City lost their nerve against Real Madrid, when they remarkably surrendered what should have been a match-winning lead in the Champions League semi-finals.

Such wild things happen in football, Guardiola has reasoned, which is why he will take a meticulous approach to preparation for the Etihad Stadium clash with Villa. There could yet be an extraordinary finish to the season, but not if Guardiola can help it.

City have kept running through the tape in each of Guardiola's seasons in England, winning all five of their final league games under the former Barcelona and Bayern Munich boss. That ranks as the best such 100 per cent record for a manager in the competition's history.

Going back even further, to the start of the Abu Dhabi ownership era, City have lost just one of their final league games in the last 13 campaigns (W10 D2). That loss came when they went down 3-2 at home to Norwich City in 2012-13 when Brian Kidd was in caretaker charge for the last game. A year previously, they famously beat QPR by that same scoreline to clinch a first Premier League title.

This season, City have lost just one of their last 27 Premier League games (W22 D4), and are unbeaten in 11 since losing 3-2 at home to Spurs in February. 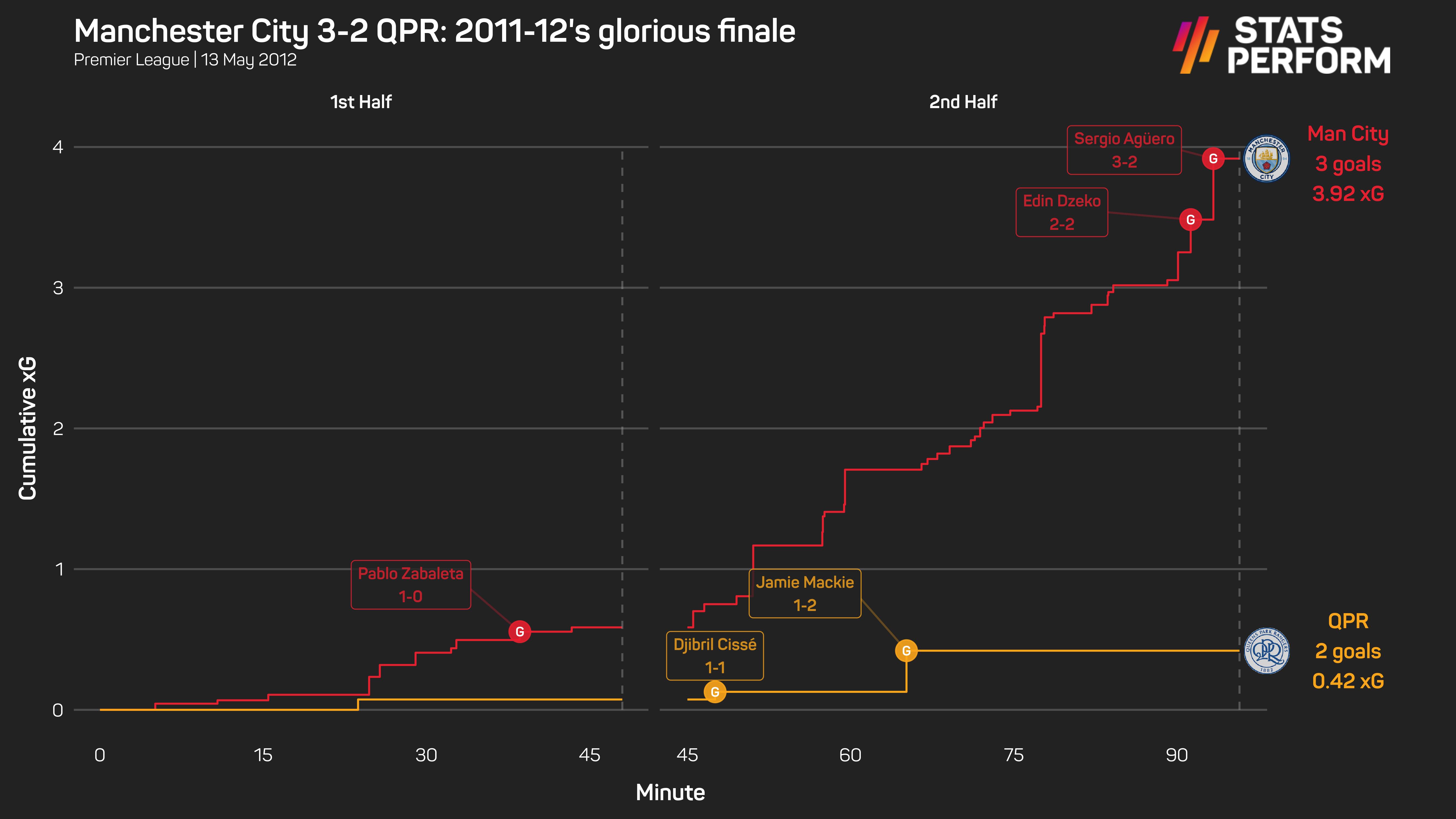 What it would mean for Guardiola

The City manager, who reports have claimed is ready to extend his contract until 2025, stands on the brink of Premier League history.

Should his side keep Liverpool at arm's length, Guardiola will become the outright leader for English top-flight titles among non-British managers, going one clear of both Arsene Wenger and Jose Mourinho.

This would be his fourth such Premier League title success in England, with only Manchester United's Alex Ferguson winning more. Guardiola has no intention of staying long enough to match Ferguson's staggering stack of 13 titles.

City have won 168 of the 227 Premier League games they have contested in the Guardiola era, scoring 562 goals in that time. Those are inevitably league-best figures, and it would be hideously out of character for them to crack against Villa.

It was not always this way, of course. Villa finished ahead of City as recently as the 2008-09 season (finishing sixth to City's 10th), but the tables turned in the dynamic between the teams when the Abu Dhabi investment began at the Etihad Stadium.

In recent years, this has been almost a formality victory for City, who have won nine of their last 10 Premier League games against Villa (D1), including the last six in a row.

City's last defeat to Sunday's opponents was a 3-2 loss at Villa Park in September 2013.

It is even more of a grim story when the focus falls solely on the games in Manchester. Villa have lost 15 of their last 16 away league games against City, losing each of the last 11 in a row since a 2-0 win in April 2007. This run of 11 is Villa's longest away losing streak against an opponent in their league history.

What's more, Villa's record when facing any league-leading team is unimpressive. They have won just one of their 21 Premier League away games against league leaders (D3 L17), beating Leeds United 2-1 in January 2000, and have lost the last seven by an aggregate score of 21-1.

Villa pulled off a shock of sorts when beating fourth-placed finishers Chelsea on the final day of last season, but they have not won their last game of a league campaign in consecutive seasons since the 1996-97 and 1997-98 seasons. The second of those wins came against champions Arsenal, but that is almost a quarter of a century ago. 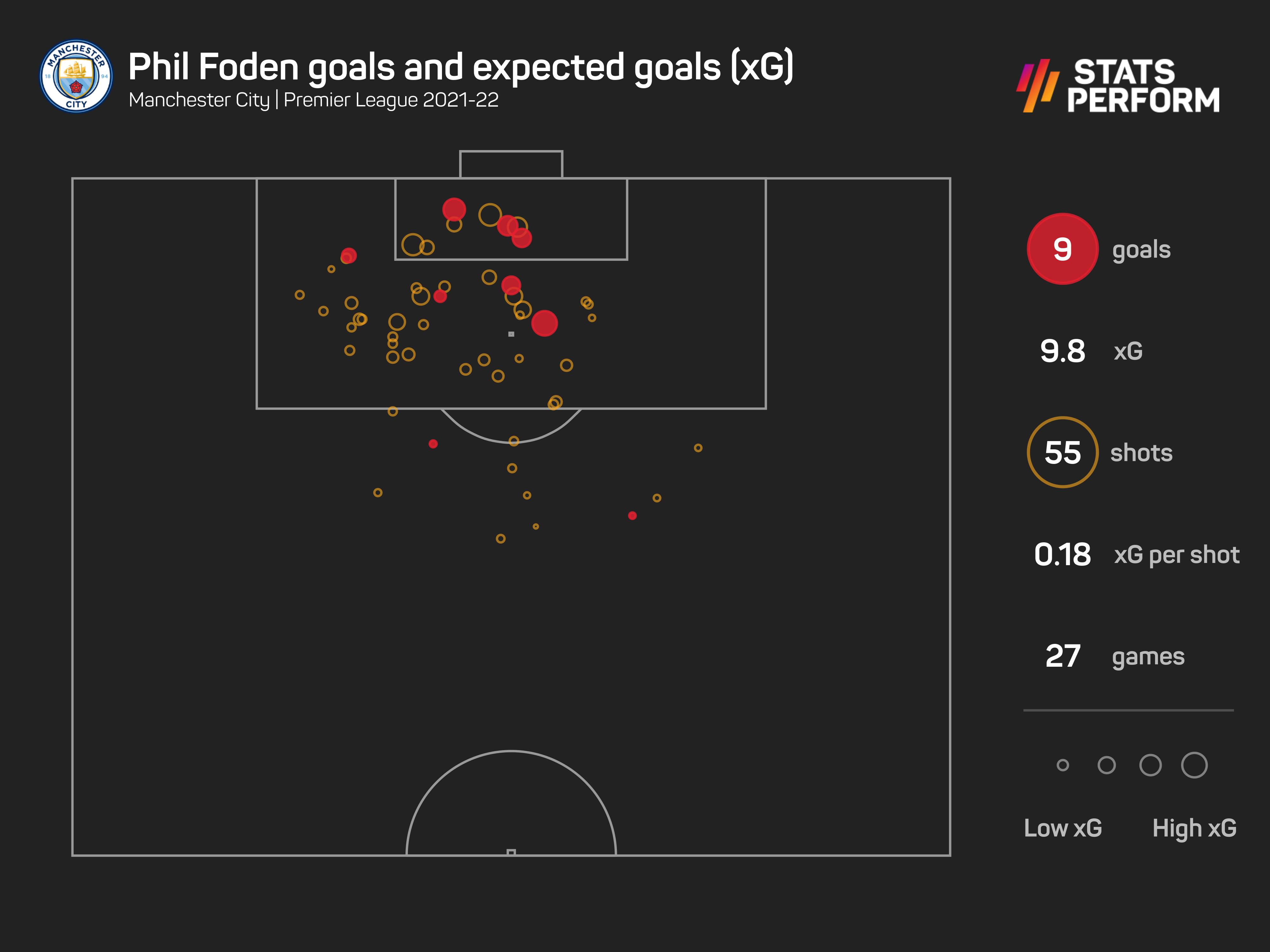 Doubling up on the last day?

City will have Erling Haaland on board next season, so a flip of tactics seems inevitable to accommodate the prolific striker. This term, City have tended to rely on their midfield and attacking wide players to deliver in front of goal, and three players have reached double figures: Kevin De Bruyne (15 goals), Raheem Sterling (13) and Riyad Mahrez (11).

Now it could be Phil Foden's turn.

Foden has scored nine Premier League goals this season, and if he scores against Villa it would make this season the first for City with two English players (Foden and Sterling) scoring at least 10 goals in a league campaign since 2004-05, when Robbie Fowler and Shaun Wright-Phillips were the pair.

Li Haotong followed up his record-tying round from Thursday with a strong day two to preserve his lead at the BMW International Open.

England were again indebted to the heroics of Jonny Bairstow as the Yorkshireman produced an unbeaten 130 against New Zealand at Headingley.