A disappointing opening weekend for Barcelona saw Xavi's men held to a goalless draw against Rayo Vallecano at Camp Nou, with plenty to improve upon.

Having seen the transfer window dominated by discussions around the club's transfer additions and the battle to get them registered in time, there was no saving Barcelona from a forgetful opening clash.

Next up is a trip to the Basque country to tackle Real Sociedad, who opened their campaign with a 1-0 victory on the road against Cadiz and will be encouraged by Barcelona's inability to get going.

Despite Barcelona's dominance in this fixture, it will be far from an easy encounter and the hosts will be keen to pile further pressure upon their Catalan opponents.

Real Sociedad have failed to win any of their last 12 LaLiga matches against Barcelona, drawing twice and losing 10, which is their second-longest winless streak against the Blaugrana in the top-flight after a 17-match winless streak between November 1952 and October 1960 (D3 L14).

Barcelona travel to San Sebastian unbeaten in their last six LaLiga visits to Sociedad (W4 D2) and have won two on the bounce – but the club have only had three or more consecutive away wins against La Real once, four in September 1955.

If Barca do break the deadlock, it could open the floodgates. Since 1955, Real have conceded six or more goals at home in two matches - both of which came against Barcelona, the most recent of which was a 6-1 defeat in March 2021.

It is unlikely La Real will ever have a better opportunity of securing revenge against Barcelona. 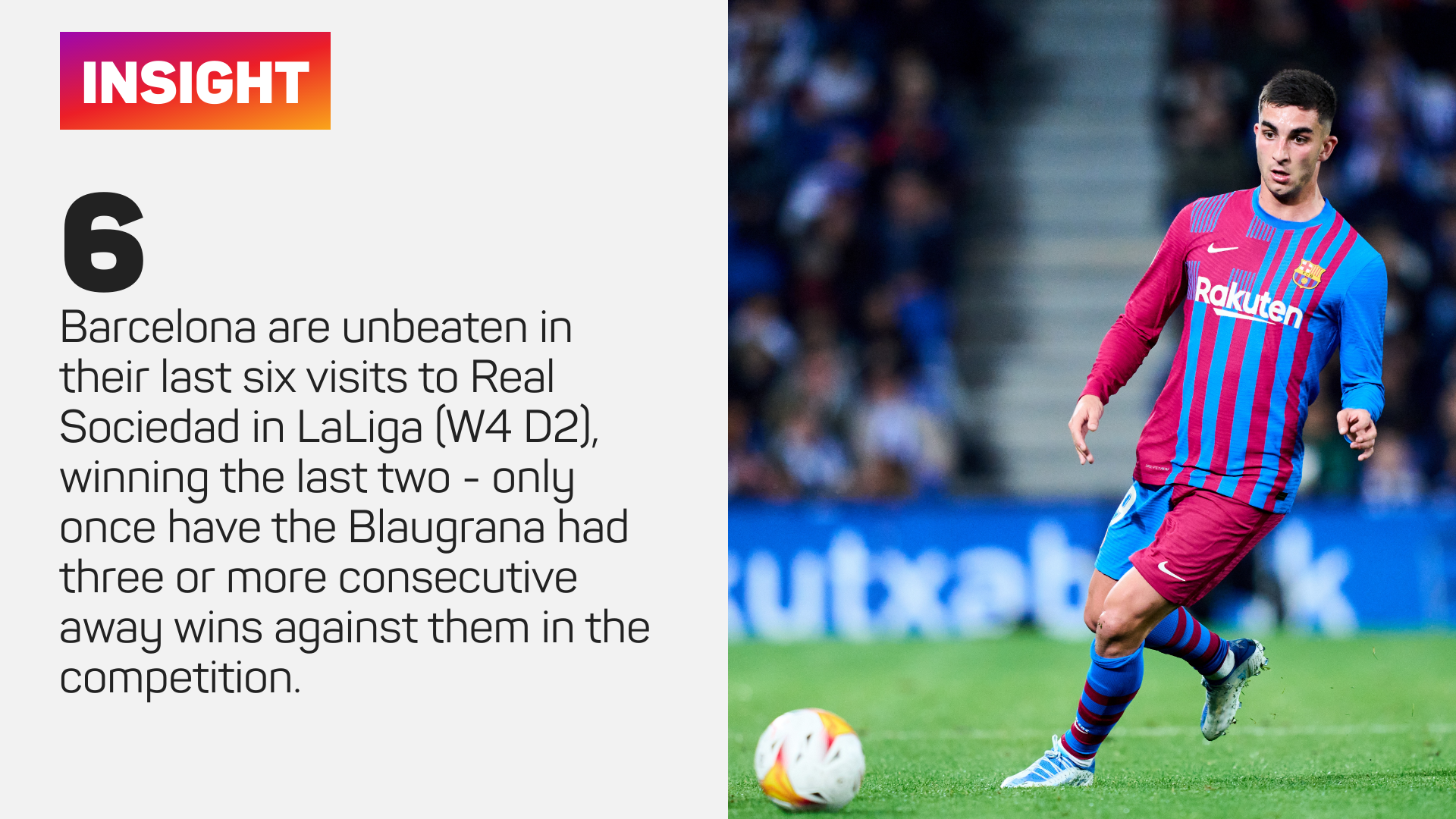 In the opening weekend, Barcelona attempted 21 shots on goal without finding the net – their highest total of shots in a game without scoring since drawing a blank against Malaga in November 2016 (29 shots)

Ousmane Dembele, re-signed ahead of the season, was the most creative outlet with five goalscoring chances created, more than any other player in LaLiga, to continue his impressive year to date.

In total, Dembele has created 42 chances and sits behind only Athletic Bilbao's Iker Muniain (53) and Real Betis' Nabil Fekir (45) for chances created in 2022. 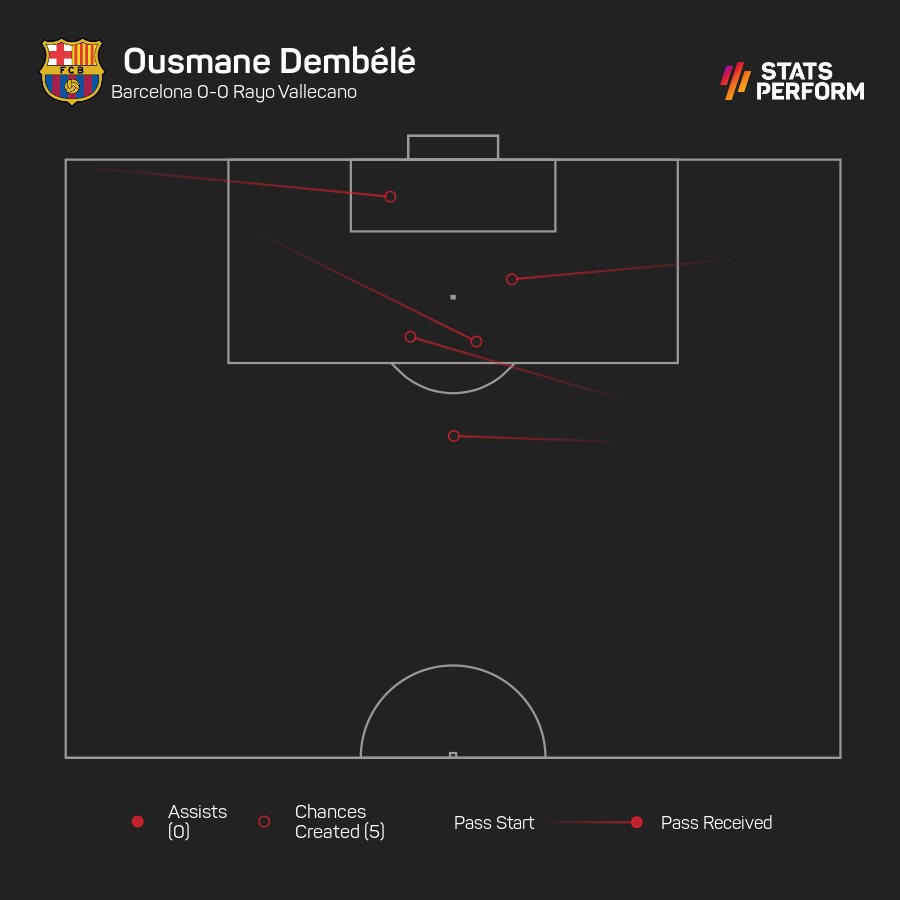 Barcelona prepare to face La Real having failed to win or even score in their last three LaLiga matches – a run that extends back to the end of the 2021-22 season, where Barcelona finished the campaign with a goalless draw against Getafe and a 2-0 loss to Villarreal.

Never in Barcelona's history has the club gone four LaLiga matches in a row without scoring and they will require a significant improvement on last week's showing if they are to avoid that unwanted record.

In order to find a breakthrough, Barcelona may look towards an aerial route as three of their last five goals against their Basque opponents have come via headers - a major change of approach, as just one of the last 29 against Real have been scored in this way.

With Dembele and Raphinha crossing into Robert Lewandowski, that return may be boosted further. 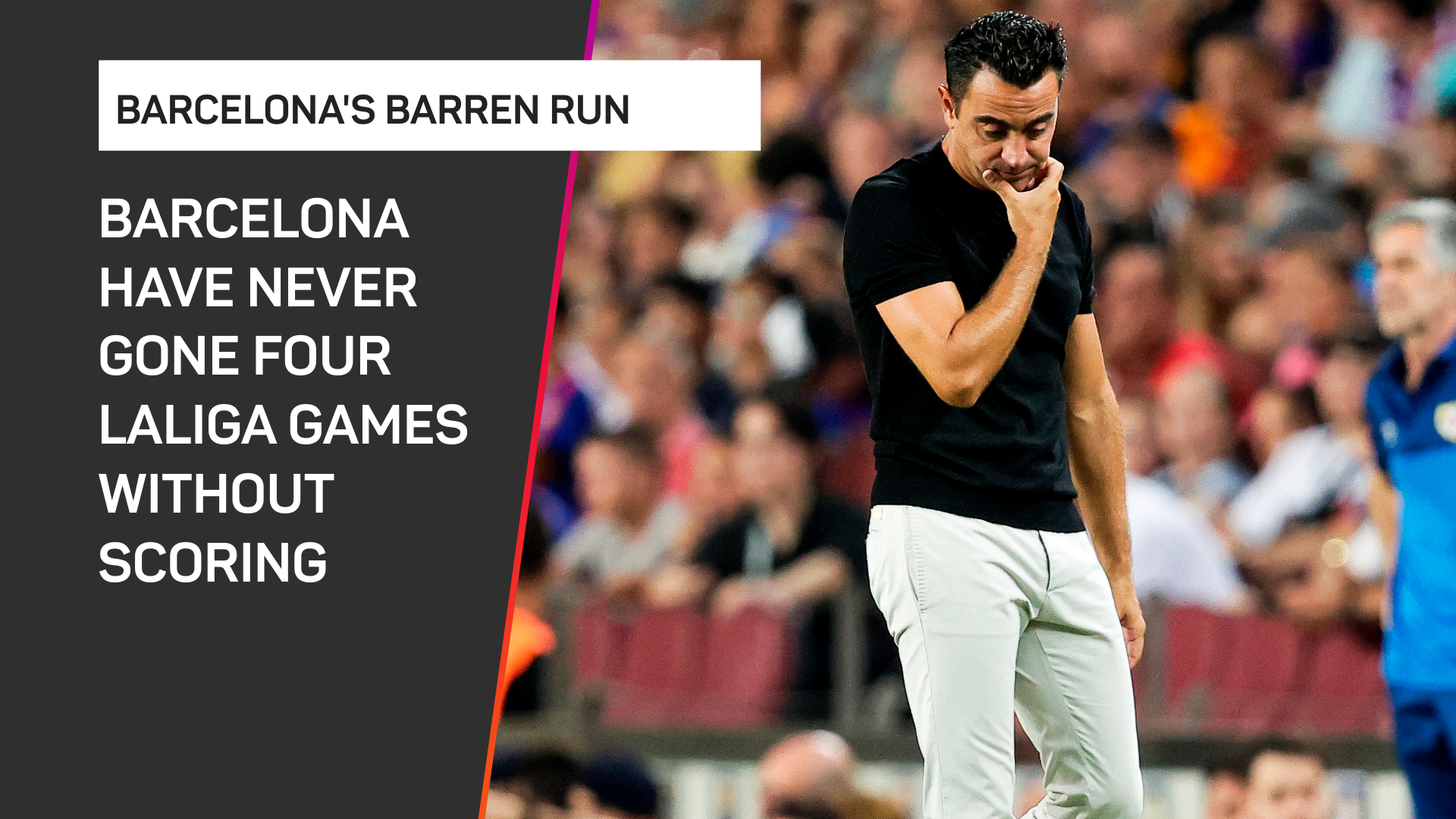 Victory against Cadiz last weekend made it three wins in four LaLiga matches for Sociedad, a significant improvement as they had previously failed to win any of their last four prior to the start of that sequence.

Their includes two wins over Cadiz and a triumph against Villarreal, with the sole defeat coming on the final day of last season with a loss at the hands of Diego Simeone's Atletico Madrid.

That sequence was vital in securing a spot in the Europa League for La Real, who finished three points ahead of Villarreal and seven ahead of Basque rivals Athletic Bilbao.