Barca were consigned to the Europa League/UEFA Cup for the first time since 2003-04 after being outclassed 3-0 by Bayern in Munich on Wednesday.

Thomas Muller, Leroy Sane and Jamal Musiala were on target for Group E winners Bayern, who progressed to the knockout phase with a 100 per cent record.

Barca needed to win or hope Benfica failed to beat Dynamo Kiev elsewhere in the final round of group fixtures in order to avoid elimination, but Xavi's side were no match for Bayern. 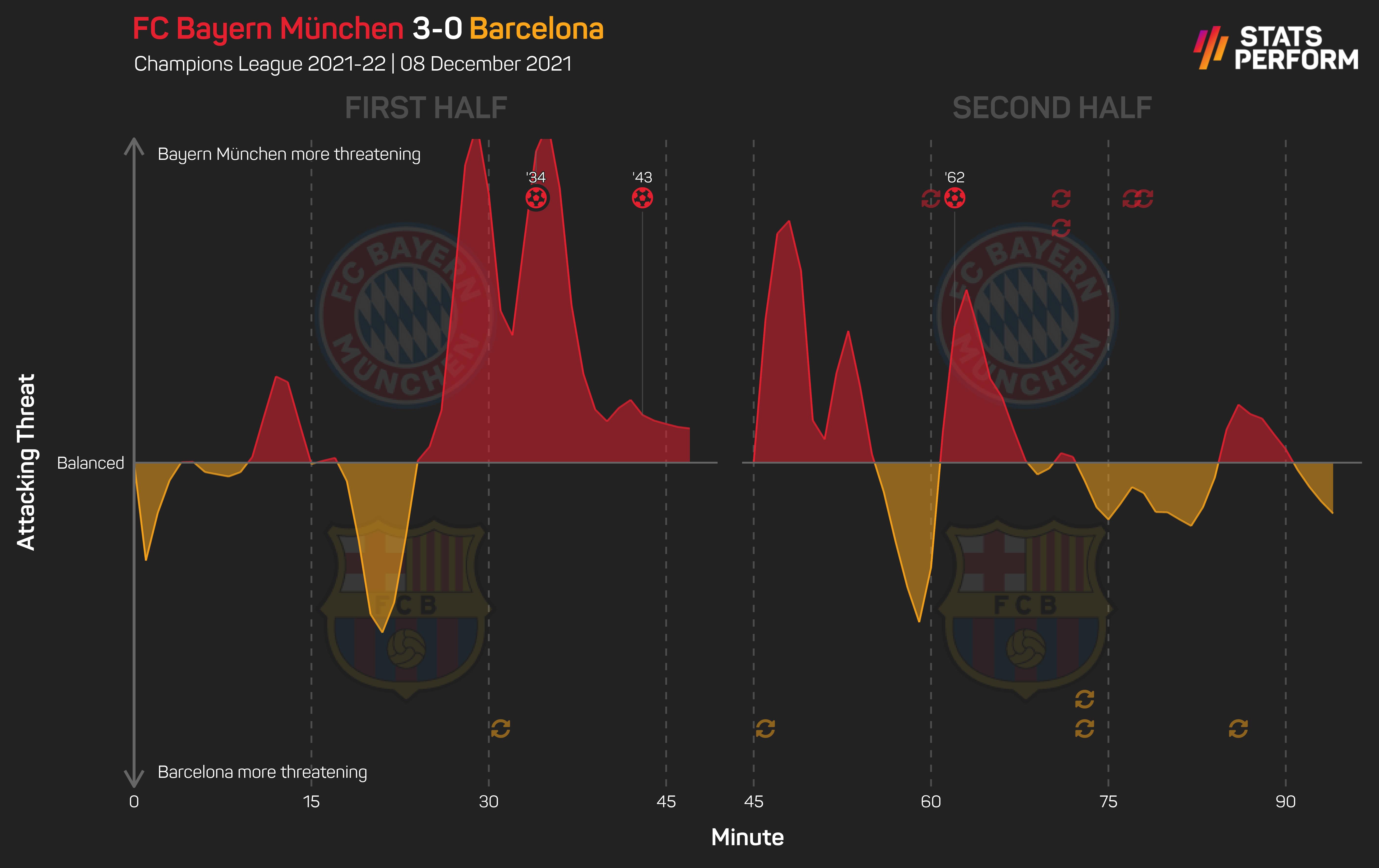 "Technically, they have it all, great players on a technical and tactical level.

"But they cannot compete at maximum intensity in top-level football."

The 32-year-old is also the first German player to reach 50 Champions League goals in the history of the competition following his 34th-minute opener.

"They just seem to fly in against Barca. It was another typical [Muller] goal, but I'll take it," Muller said.

"Fifty goals [in the Champions League] is good but I still have a lot of football ahead of me."

Australian Open: Osaka eases through to set up Anisimova clash

Naomi Osaka moved into round three in Melbourne after dispatching Madison Brengle in straight sets.

Lee Zii Jia has tendered his resignation as a national shuttler, the Badminton Association of Malaysia confirmed on Wednesday.

Australian Open: Nadal insists 'I don't have any big pressure' in quest for 21st major title

Rafael Nadal is simply enjoying being back on court in Melbourne rather than thinking about whether the pressure is on to win the title.

Australia were set to host New Zealand for three ODIs and a T20I but the matches have been shelved for now.

Luis Suarez's two-year contract with Atletico Madrid expires at the end of this season and he could be ready for a move.

Lee Zii Jia's future with the Badminton Association of Malaysia (BAM) does not look promising after he finally broke his silence.

Kerr delighted with Thompson return after 'best stretch yet'

Stephen Curry returned from a hand injury while Klay Thompson top scored as the Golden State Warriors improved to 32-12.

Australian Open: She can hit you off the court – Barty wary of Giorgi

World number one Ash Barty knows what her third-round opponent, Camila Giorgi, is capable of.

Rafael Nadal was too good for Yannick Hanfmann in the Australian Open second round.