Messi to make 1,000th appearance, but career-defining match may still be to come

Argentina take on Australia in the last 16 of the World Cup on Saturday, and not for the first time all eyes will be on Lionel Messi.

Lionel Messi will walk out the Ahmad bin Ali Stadium tunnel on Saturday with the expectations of millions on his shoulders when Argentina face Australia in the last 16 of Qatar 2022.

That is nothing new, of course, for this will be the 1,000th match of a remarkable career that may yet to have peaked – though that will depend on whether Messi can inspire his country past Australia and all the way to World Cup glory.

Now aged 35, Messi has already accepted this will be his final chance to lift the most famous trophy of them all, a little over a year on from helping La Albiceleste end their 28-year wait for a major title with Copa America success.

Ahead of the seven-time Ballon d'Or winner's milestone match, Stats Perform looks at the numbers behind his previous 999 appearances for club and country – and why the next two weeks could yet define his career.

October 16, 2004. It would not be hyperbolic to suggest this was a day that football as we know it changed, with a 17-year-old Messi replacing Deco from the substitutes' bench in Barcelona's 1-0 win over city rivals Espanyol.

In a sign of the mini maestro's longevity, he has since played alongside two players born after his Barcelona debut – Warren Zaire-Emery and El Chadaille Bitshiabu, born in March 2006 and May 2005 respectively.

Both teenagers are on Paris Saint-Germain's books, where Messi is now plying his trade after ending his two-decade association with Barcelona in emotional circumstances in August 2021.

Unsurprisingly, the majority of Messi's career appearances came during his 17 seasons at Camp Nou. He featured 778 times for Barca, scoring a staggering 672 goals and assisting 265, which amounts to 937 direct-goal involvements.

He made more appearances against Real Madrid than any other opponent, playing 47 times against Barca's fiercest rivals. 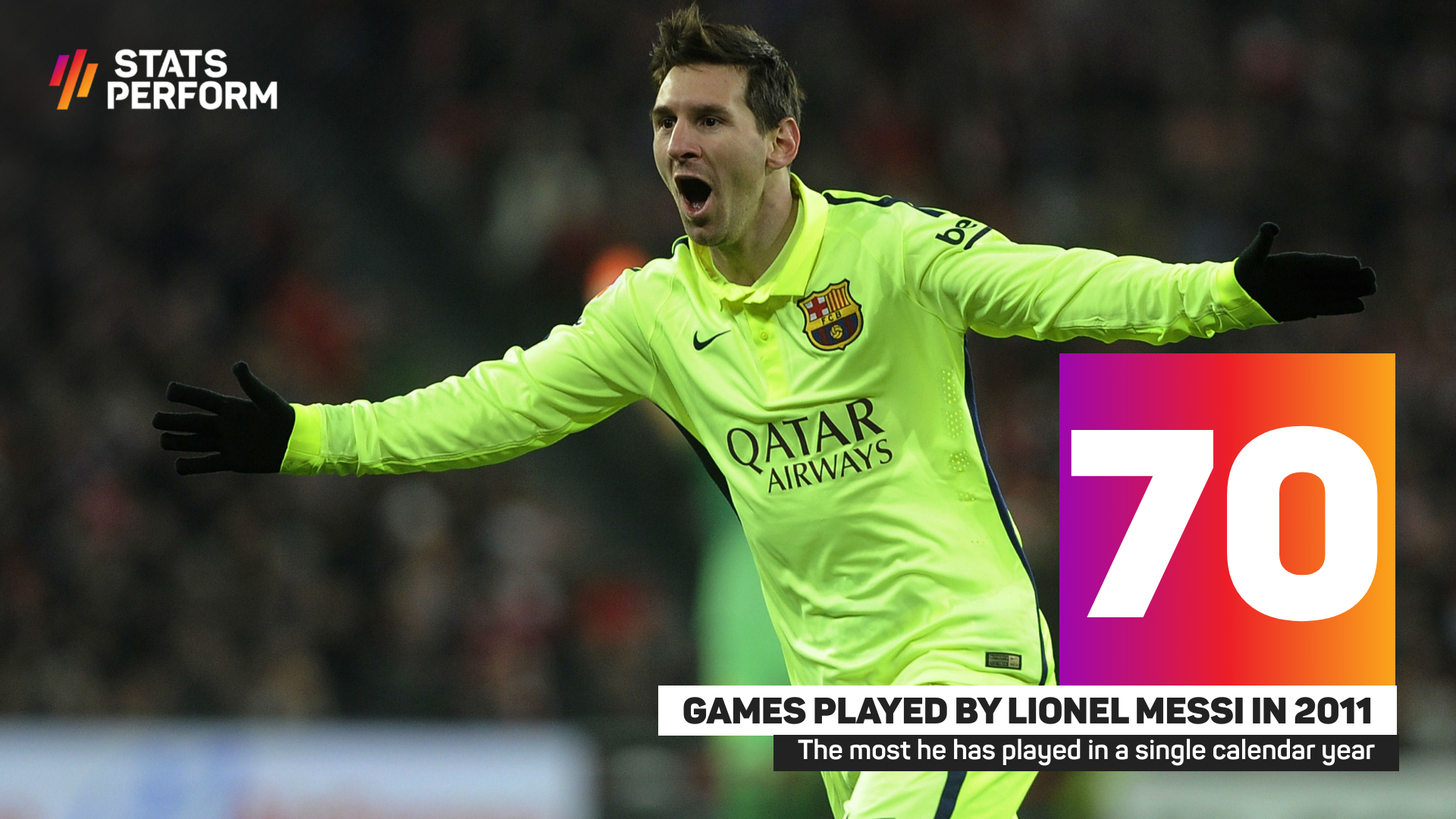 Barcelona's inability to offer Messi a new contract due to their dire financial situation allowed PSG to pounce. After an underwhelming first campaign in Paris, the superstar forward has found his form this term.

Messi has featured 53 times for the Parisians to date and has scored (23) and assisted (28) a combined 51 goals – just short of one goal involvement every match on average.

He has already had two different managers at the Parc des Princes, with Christophe Galtier having replaced Mauricio Pochettino in the hot seat. That takes the number of head coaches Messi has worked under to 19.

It was under Pep Guardiola at Barcelona, between 2008 and 2012, that Messi played his most games as he featured on 219 occasions under the Catalan and scored 211 times.

Luis Enrique is next on that list (158 games), followed by Ernesto Valverde (124) and Frank Rijkaard (110), the man who gave him his debut against Espanyol.

Some 18 years and 48 days on from that first appearance comes match number 1,000 for club and country – and what a truly huge occasion it is for Messi and Argentina, who recovered from a slow start in the group phase to advance.

Messi has featured in 22 previous World Cup matches – one more than Diego Maradona as the most ever for an Argentina player – scoring eight times and assisting six more.

Incredibly for a player of his game-changing quality, Messi has yet to score in the knockout stages of the World Cup – 23 efforts, zero goals. Interestingly, the same is also true of archenemy Cristiano Ronaldo (25 shots without a goal). 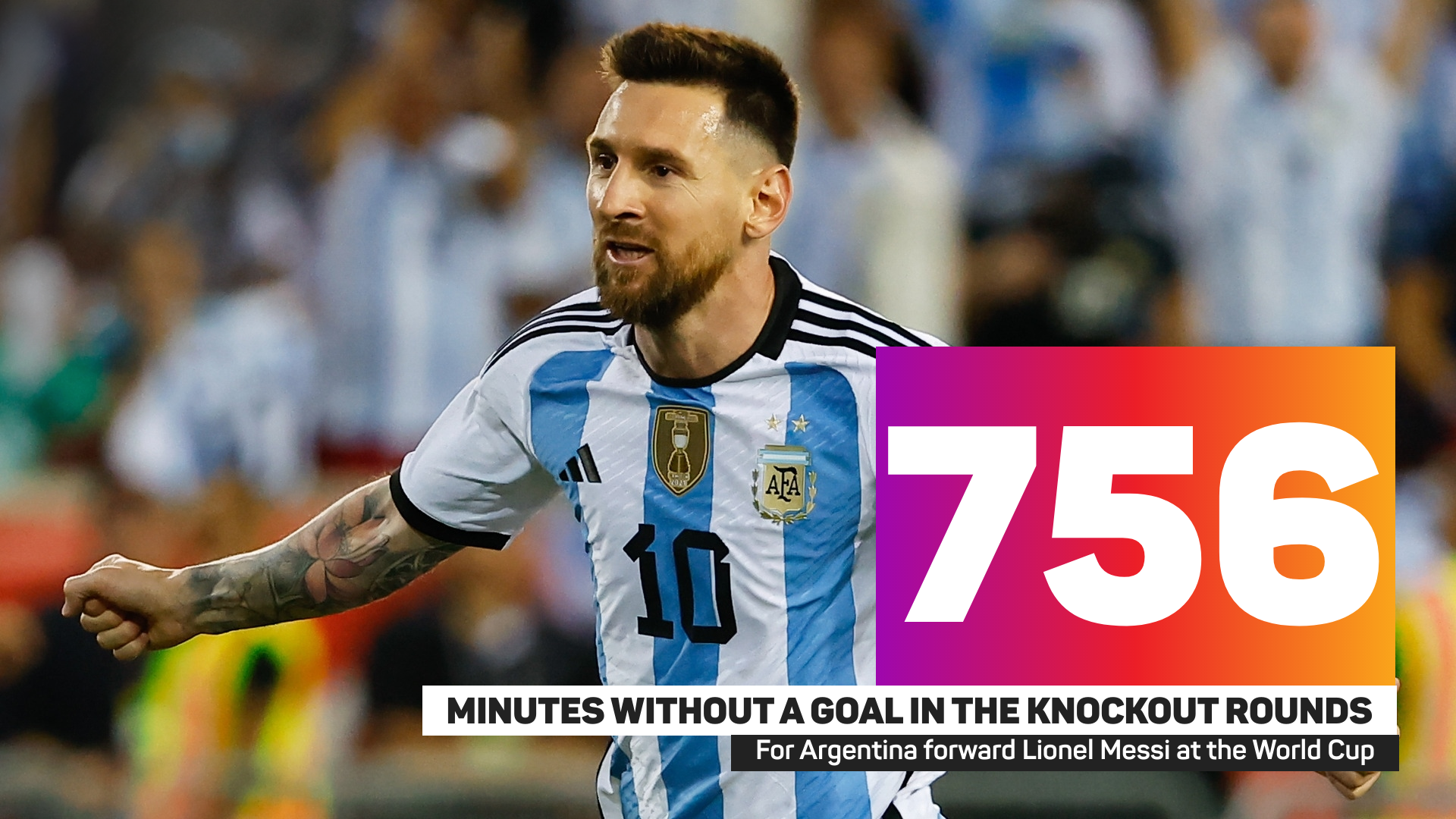 The aim for Messi will be to put that right against Australia on what will be his 169th senior cap, 17 years on from his senior international bow against Hungary, which came just 10 games into his career for club and country.

And while it will be a special occasion for Messi, the man many consider to be the greatest of all time will hope to make it to 1,003 matches before Argentina's Qatar campaign concludes.

Should that be the case and Argentina go on to lift the World Cup for the first time since 1986, a centre-stage Messi will have the defining moment of a truly special career that still has some way to go yet.