Messi and Barcelona deserve one last dance together – Jordi Cruyff

Paris Saint-Germain forward Lionel Messi spent 21 years on Barcelona's books and a return to the club one day has not been ruled out.

Lionel Messi is destined to return to Barcelona one day as the player and club "deserve one last dance together", according to the Catalan giants' sporting director Jordi Cruyff.

Paris Saint-Germain star Messi's 21-year association with Barca came to an end in August 2021 as the club could not afford a new deal under LaLiga's financial fair play rules.

Messi is now into his second season with PSG, but he is out of contract at the end of the campaign and has been linked with a move to Major League Soccer side Inter Miami.

The seven-time Ballon d'Or winner turns 36 next year and Cruyff hopes to see him back at Camp Nou in the future, though accepts that it may not be in a playing capacity.

"It's clear Barcelona and Messi have to be together again one day," Cruyff told RAC1. "It may be after his career, but they deserve a final hug, one last dance together."

Messi scored 672 goals across 778 appearances for Barcelona and provided a further 265 assists, amounting to 937 goal involvements across that trophy-laden spell. 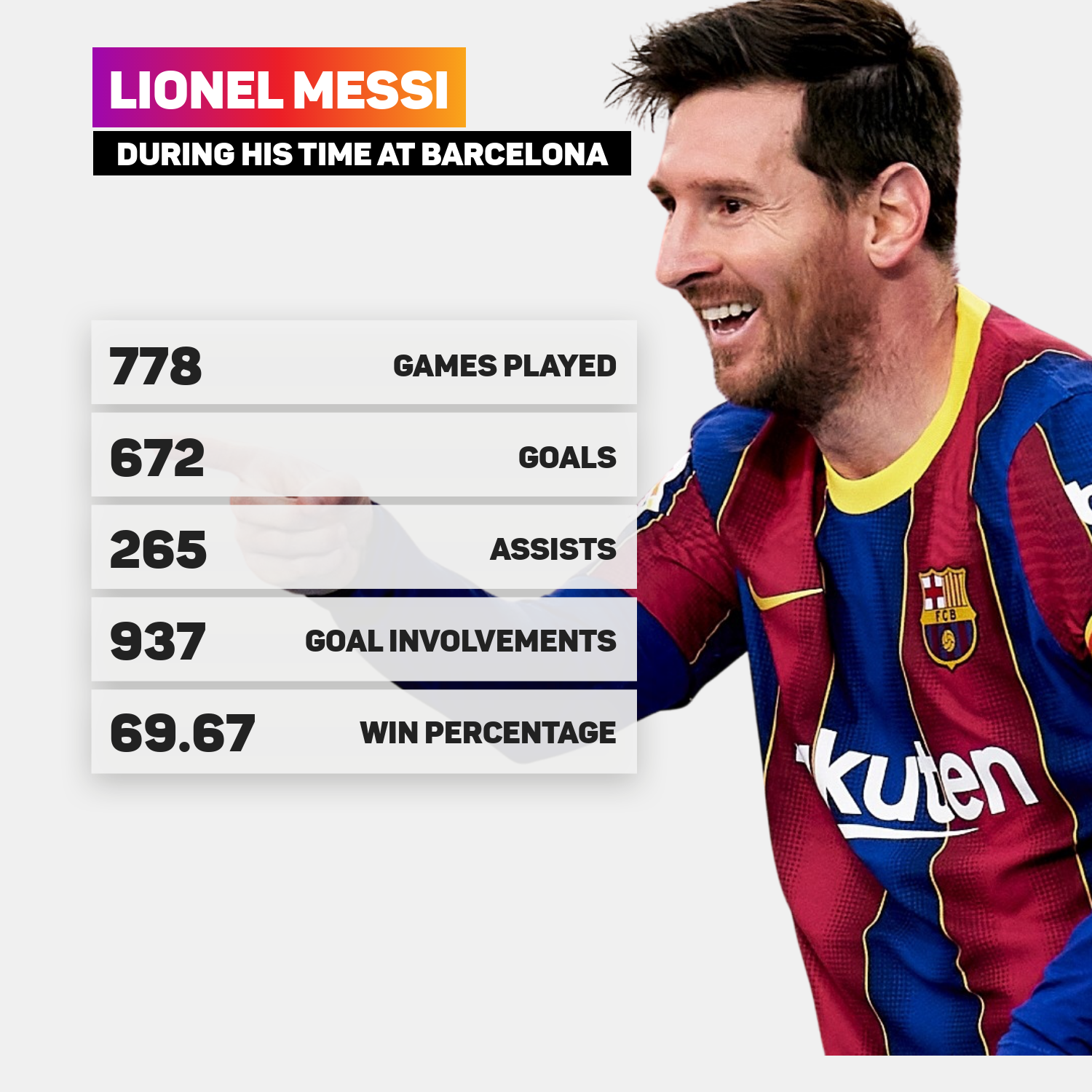 He featured more times (219) and scored more goals (211) under Pep Guardiola than any other head coach, with the Catalan winning 14 trophies in four seasons at the helm.

Guardiola has since spent three seasons with Bayern Munich and is into his seventh season with Manchester City, where he remains under contract until July 2025.

Speaking this week, Guardiola said he would return to Barcelona one day if the club needed him, adding that "nothing is comparable" to managing a club so close to your heart.

Asked about the possibility of Guardiola managing the Blaugrana again further down the line, Cruyff said: "He's reached the level of being able to choose his own destiny.

"Not many have reached that point; it's the dream of every professional. Whether he returns or not, I have no idea. I think he's happy at City."