Manchester City were held 1-1 by Southampton in the Premier League on Saturday, but the draw brought up another record for Pep Guardiola.

The Catalan coach, who first took charge of City in August 2016, reached the milestone figure in 213 matches – 18 fewer than previous quickest Jose Mourinho.

Jurgen Klopp is next on the list having reached 500 points in 236 games with Liverpool, while legendary Manchester United boss Alex Ferguson needed 242 matches to do so. 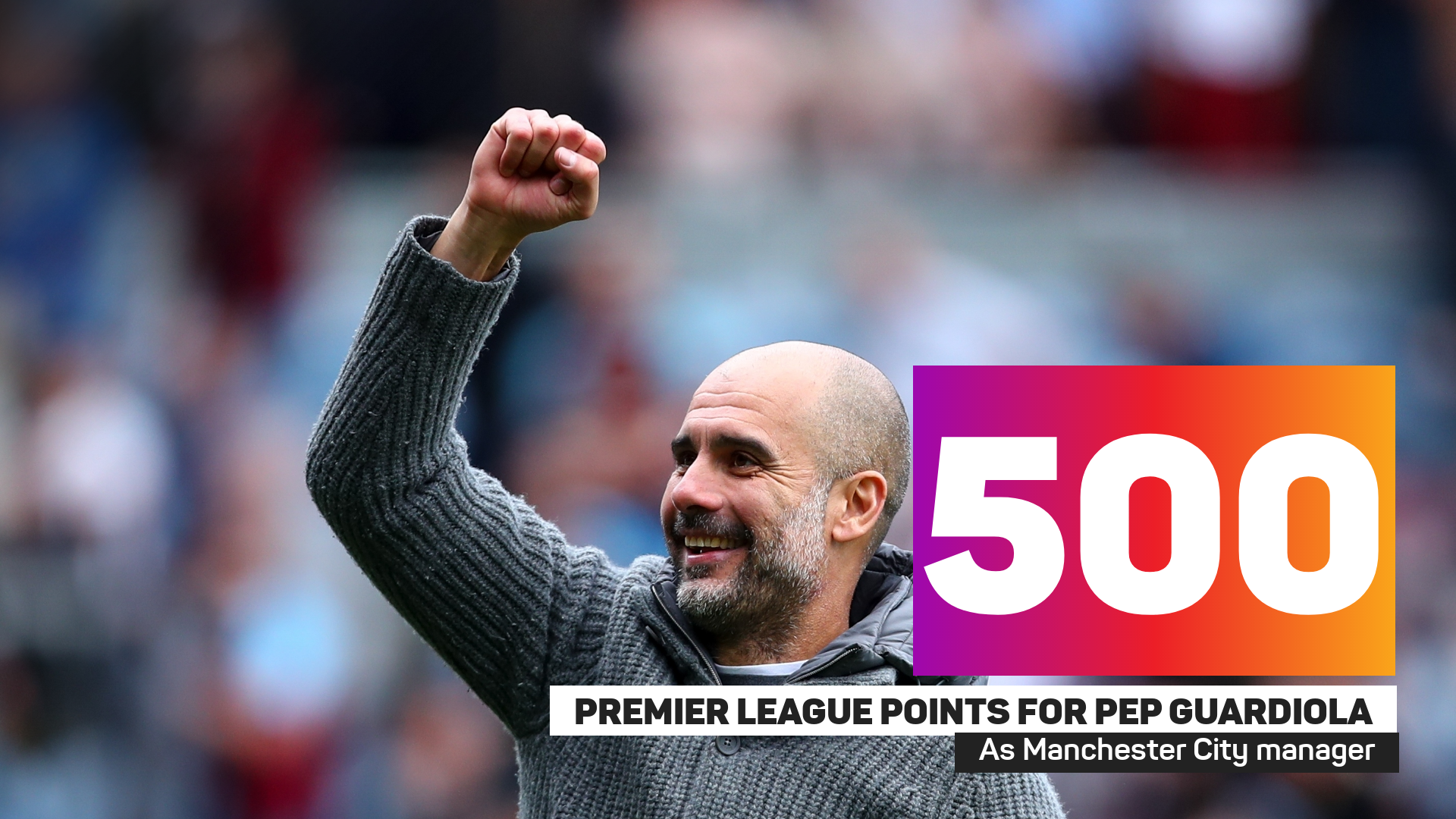 City have taken more points against Arsenal (34) than any other opponent under Guardiola, followed by Burnley, West Ham (both 31), Leicester City and Watford (both 27).

Reigning Premier League champions City have put together four runs of 12-plus victories in the competition in Guardiola's five-and-a-half-year tenure, the most recent of which came to an end with their draw against Southampton.

The Citizens dropped points for the first time in 13 matches in a run stretching back to a 2-0 home loss against Crystal Palace on October 30, leaving them 12 points clear of second-placed Liverpool having played two games more.

Kyle Walker-Peters fired Southampton into an early lead with a sensational outside-of-the-boot strike – just the third first-half goal City have conceded in the league this term – but the visitors hit back through Aymeric Laporte's header.

Despite his side's losing run coming to an end, Guardiola was pleased with their display at St Mary's Stadium.

"We played really well. Unfortunately, in the first half we conceded a goal, but I think this was one of our best performances of the season, by far," he told Sky Sports.

"They were incredibly organised and this is one of the best performances we played against them. Yes, the result was not good, but in terms of performance and the way we played, it was excellent.

"We played better than in the Arsenal game, when we won, and today we drew. Sometimes you deserve it and you don't win, but the way we played here was excellent.

"Southampton are a really good team. They are organised, they play 4-4-2, long balls, good pace in counter-attack, good build up. But we were brilliant today.

"Why should we lose belief in what we have done? It was a good performance. We are going to drop points, but the way we behave is very good."

Liverpool could move to within six points of City should they win their games in hand, while the sides still have to meet at the Etihad Stadium in April.

"People will say the Premier League race is not over and that is good for this side," Guardiola added. "We have many tough games ahead of us, but we will try to behave until the end.

"I would like to have a 40-point lead ahead of Liverpool, but that is not possible in January. I didn't expect to have this lead, but now we will rest and come back as best as possible."