Manchester United, inspired by Cristiano Ronaldo once again, came from two goals down to defeat Atalanta.

Gian Piero Gasperini's side raced into a two-goal lead inside 29 minutes at Old Trafford – the earliest United have found themselves two goals down at home in the Champions League since October 2012.

It was also the 12th consecutive home game across all competitions the hosts had conceded in – their longest such run since February 1964 (13).

However, Marcus Rashford netted the 300th goal of Solskjaer's tenure to give the Red Devils hope before Harry Maguire levelled things with his first goal in the Champions League.

Ronaldo then scored in his third consecutive game in Europe for United – last doing so in 2007-08 en route to winning the trophy with Alex Ferguson's side – to cap yet another memorable turnaround.

Despite the comeback, Maguire admitted his frustrations at the manner in which his side fell behind as he implored for improvements at the back.

"We definitely do like doing it the hard way in the Champions League," Maguire told BT Sport post-match.

"In the first half, we conceded two bad goals - the quick free-kick for the first and the set play we shouldn’t be conceding from.

"The last few games we've conceded a lot from set-plays, I think that's four in the last four games so we need to sharpen up on that.

"That [conceding from set-pieces] is not good enough for this club. We're working on the formula to be a lot more solid but it's about winning football matches.

"We've shown great togetherness, in the dressing room at half-time after the fans cheered and clapped us off, we gave them the result and the energy that they deserved." 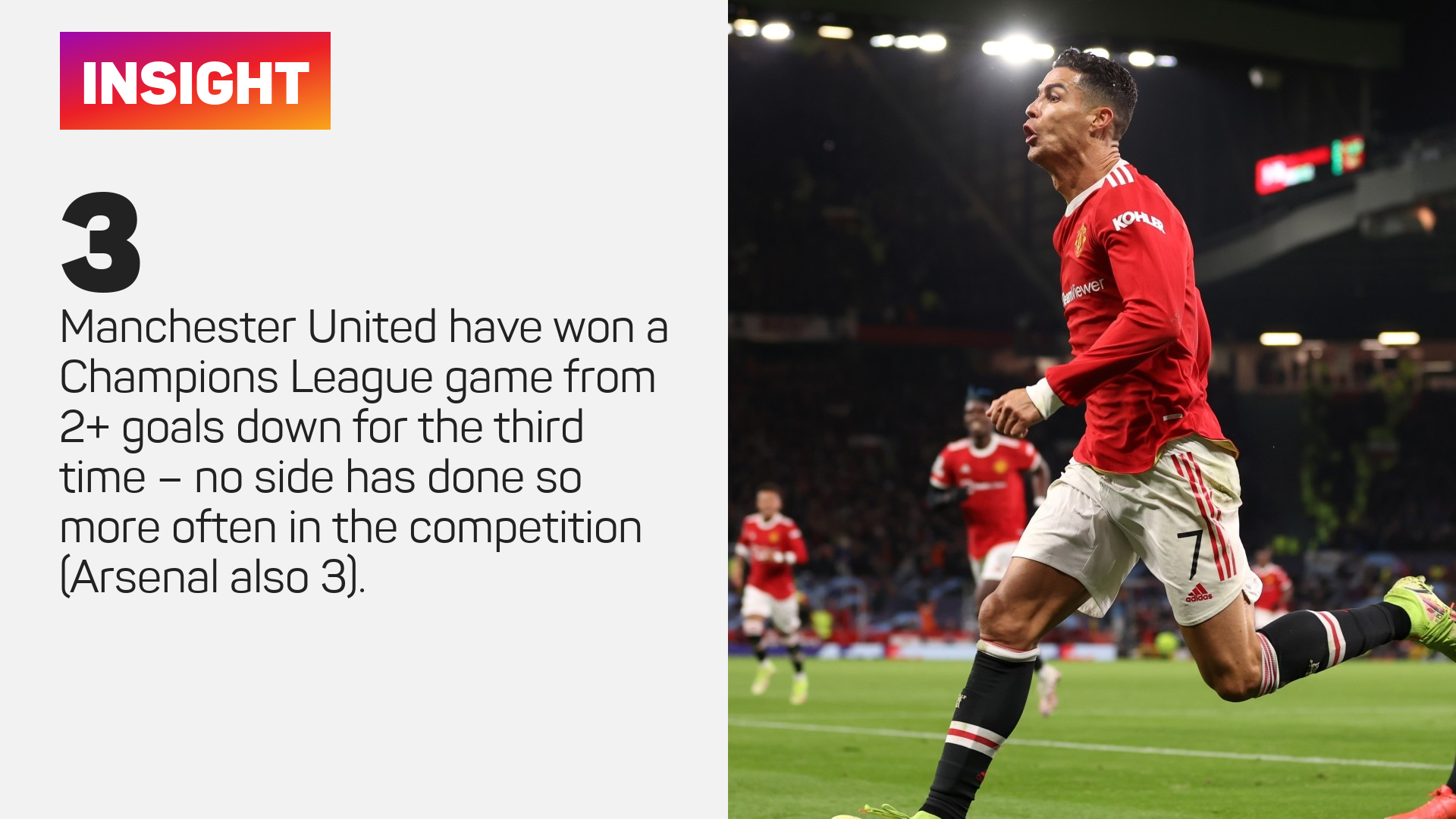 Ronaldo, who also proved the late hero last time out in Europe against Villarreal, delivered once more and Maguire was quick to praise the competition's all-time leading scorer after yet another vital performance.

"I had eyes on it all the way," the centre-back said of Ronaldo's winner.

"I was right behind him. His leap, his timing, it was perfect right in the corner.

"We see it day in, day out in training and in the goals he has scored throughout his career. He has come up with a massive goal for us again in the Champions League."

United face Liverpool and Tottenham in the Premier League before travelling to Atalanta on November 2 with a two-point lead at the top of Group F.