Liverpool will look to make it six wins in six games in the Champions League, while Real Madrid host Inter on Tuesday.

Milan host Liverpool knowing they need a win to keep their Champions League hopes alive in one of the headline fixtures on Tuesday.

Real Madrid and Inter meet in a battle for top spot in Group D, with both already qualified as the Italian side travel to Spain with a woeful recent record.

Manchester City and Paris Saint-Germain are already through in Group A as well, with Lionel Messi aiming to follow in the footsteps of George Weah and Neymar at home to Club Brugge.

Stats Perform takes a look at the key Opta data behind the next set of matches.

Players to watch in a couple of huge fixtures on Matchday 6 #OnesToWatch | @PepsiGlobal | #UCL pic.twitter.com/QCvKxDtdnr

Milan are searching for their first win against an English side in Europe since February 2012, while the Rossoneri have recorded victory in just one of their past nine home games in the Champions League group stage.

In contrast, Liverpool have triumphed in all five of their opening games this season as they look to become the first English side to win all six of their group-stage matches in a single campaign.

The Reds are also aiming to record victories in six consecutive games in the European Cup/Champions League for the first time in their history, with Alisson on the hunt for three consecutive clean sheets in the continental competition for his first time. 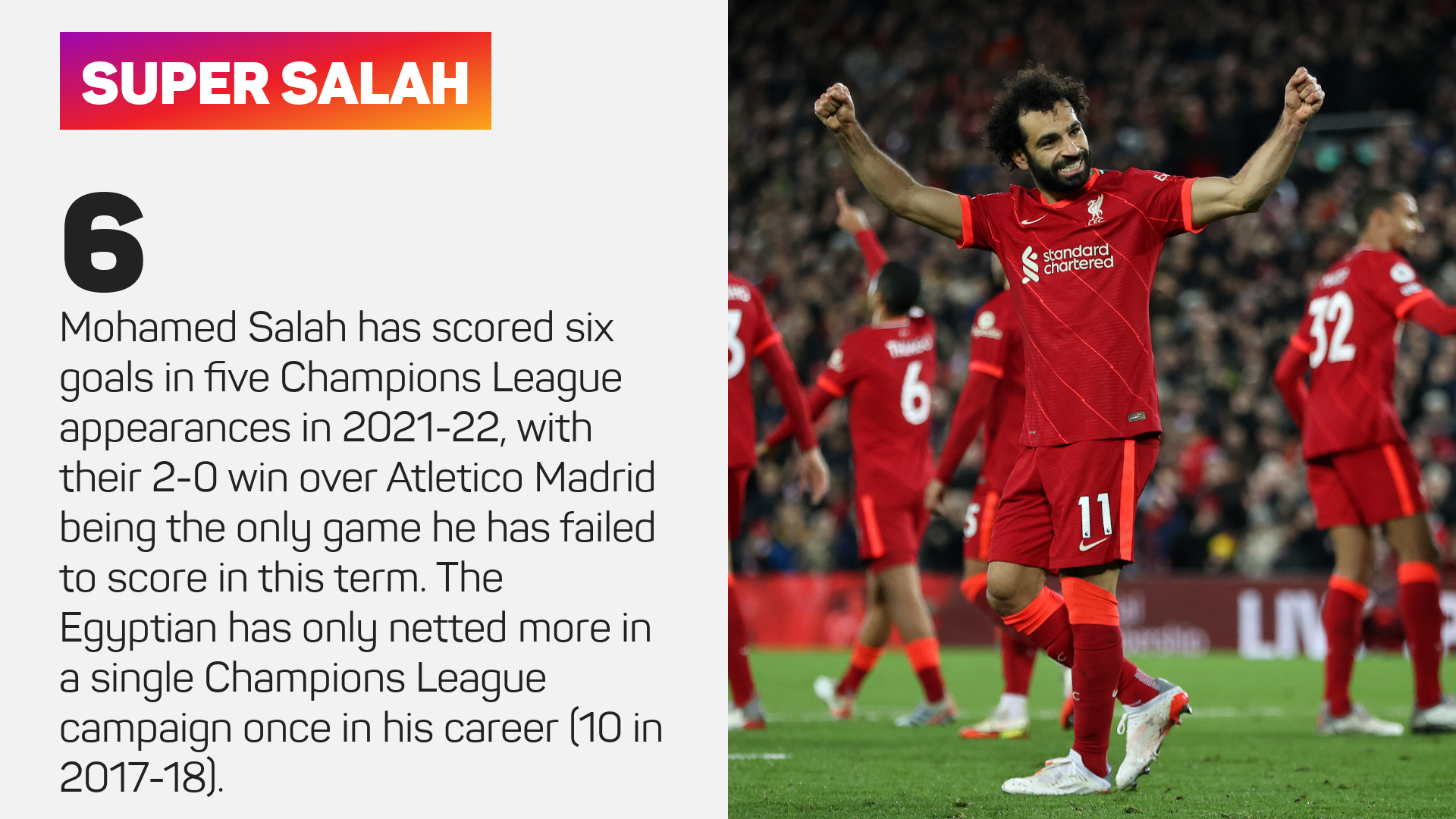 Club Brugge were defeated by five goals in their last clash against RB Leipzig, the third consecutive group game in which they conceded at least four times.

No team has ever gone four straight games letting in at least four, but the Belgians will have to negotiate with Messi, who could become just the third player – after Weah in 1994 and Neymar in 2017 – to score in his first three consecutive home games for PSG in the competition.

The visitors will also have to contend with Kylian Mbappe, the France international managing five goal involvements in three matches against Brugge – his joint-most against a single opponent in the competition, along with Red Star and Istanbul Basaksehir.

City are unbeaten in their previous 14 games against German opposition, including a six-game undefeated streak on the road, in a run that stretches back to November 2014 in the Champions League.

The reigning Premier League champions have won their past nine such fixtures, scoring 28 goals and conceding just nine in return, while Leipzig are winless in their most recent three meetings with English sides.

If Leipzig fail to defeat Pep Guardiola's side, it will be the first time they have not registered a single home win during the group stages in Europe. 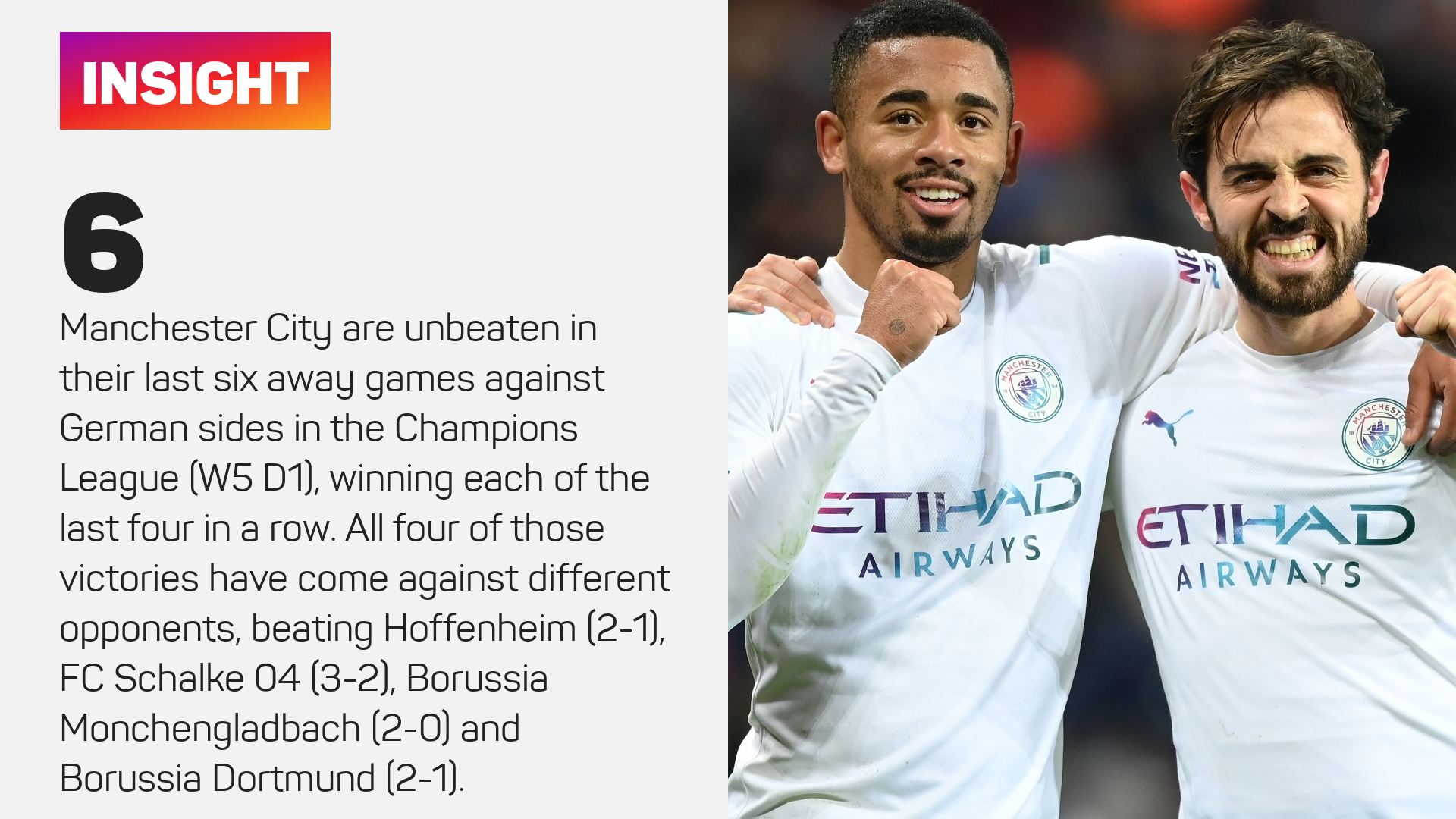 Inter have claimed just one win in their past 11 meetings with Spanish opposition in European competition and their last away win against such sides came all the way back in October 2004.

The Serie A outfit have not beaten Madrid in Europe since March 1967 as Carlo Ancelotti's side look to score their 1,000th goal in the European Cup/Champions League in just their 455th game.

Karim Benzema could be central to Madrid hitting that milestone if he is passed fit, the forward already with five group-stage goals to his name this term as he sits two behind Raul in the club charts in the competition (66).

16 - Ajax have scored 16 goals in their five games in the Champions League this season, with only Bayern Munich (19) and Manchester City (17) finding the net more.

15 - The previous three meetings between Ajax and Sporting have seen a total of 15 goals scored, at an average of five goals per game. Indeed, neither side has managed to keep a clean sheet in any of their three clashes to date.

60 - Jude Bellingham has had a direct hand in 60 per cent of Borussia Dortmund’s Champions League goals this season (one scored, two assisted), with the last Englishman to enjoy more than three goal involvements during the group stages of a season before the age of 19 being Jack Wilshere in 2010-11 for Arsenal (one scored, three assisted).

5 - Besiktas remain the only Champions League side in 2021-22 to lose all five of their matches and are looking to avoid being the first team since AEK Athens in 2018-19 to lose each of their six group games.

25 – Sheriff's 2-0 victory over Shakhtar in this season's tournament came despite the Moldovan side having just 25 per cent possession – since 2003-04, only Atletico (23) versus Barcelona in April 2016 have won a Champions League game by multiple goals with a lower possession percentage.