Manchester City beat Chelsea 1-0 through a Gabriel Jesus strike to make it 221 wins in charge for Pep Guardiola, setting a club record.

Pep Guardiola is proud to have set the record for the most ever wins as Manchester City manager with Saturday's 1-0 victory over Premier League title rivals Chelsea.

The Catalan coach clocked up his 221st win in all competitions since arriving at City in 2013, overtaking the record previously held by Les McDowall.

It snapped a three-game losing run for Guardiola against Chelsea, each of those with Thomas Tuchel in charge of the Blues, including May's Champions League final in Porto.

Guardiola's men dominated possession (60 per cent) and outshot their opponents 15 to five, leaving the ex-Barcelona boss to reflect on an impressive triumph for his side.

"The guys were outstanding today," he told BT Sport. "At this stadium, against this opponent, to do what we did makes me so proud.

"We came here and played our game. Sometimes you can't do it because the opponent is better. We were encouraged to press high and they could not make the build-up.

"Setting the win record makes me proud. We've done it at Stamford Bridge, against the Champions League winners.

"We've been magnificent together. It makes me proud, not just for myself but especially for the club." 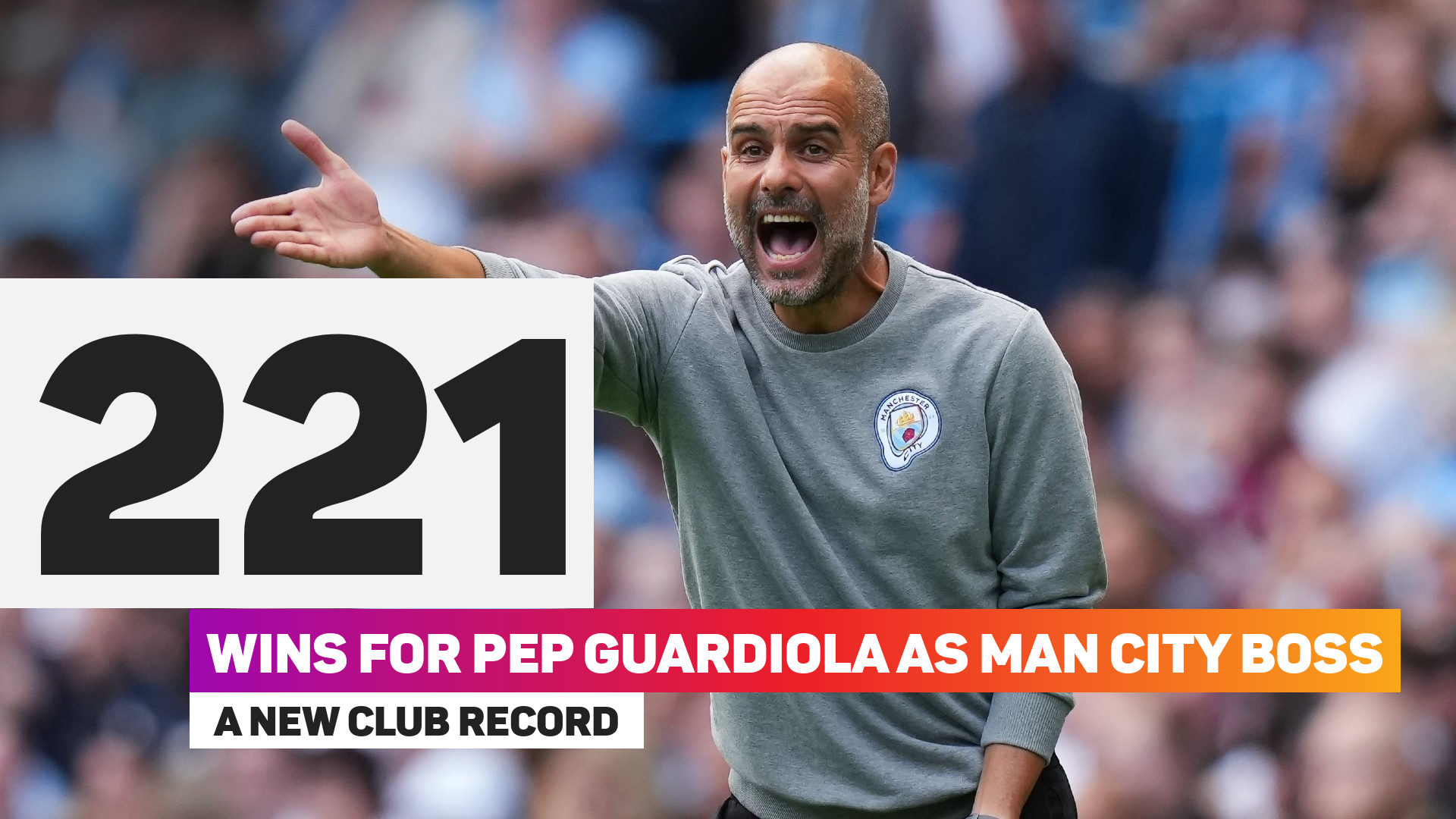 Jesus proved the hero for City in west London with a shot on the turn that deflected off Jorginho and wrong-footed Edouard Mendy, who starred with a couple of fine saves later in the match.

The Brazil striker has three goals and four assists in his last seven Premier League starts and has never been on the losing side when netting in the competition, a run spanning 44 games.

"Gabriel always gives us everything," Guardiola said. "You cannot say anything more about him. Every single game he runs for his team-mates.

"Having players like him in our team makes me so happy."

Jesus became the fifth player to score 20 or more match-winning goals in the Premier League for City, following in the steps of Sergio Aguero (48), Raheem Sterling (23), Yaya Toure (22) and David Silva (20).

"I turned well and I was able to shoot," he told BT Sport when asked about his latest match-clinching strike against Chelsea.

"I was a bit lucky but I'm very happy to score that goal. The most important thing is that everyone played so well.

"We were against one of the best teams in Europe. They play so good and have a lot of amazing players. We knew it was going to be difficult for us. We played very well and won the game.

"Sometimes we don't play well, but if we suffer a little bit we can attack. We have a lot of top players to create chances and try to score goals."