Pep Guardiola has added a perfect fit in Jack Grealish to his already impressive wealth of attacking talent, according to Txiki Begiristain.

Grealish, 25, completed a move to Pep Guardiola's men for a reported £100million fee on Thursday, making him the most expensive signing in Premier League history.

Guardiola's newest recruit adds further creativity to City's already handsome depth of attacking talent at the Etihad Stadium and Begiristain could not be happier with the acquisition of Aston Villa's former captain.

Begiristain, speaking to the club's official website upon the announcement of Grealish's signing, said: "We are absolutely delighted to be able to welcome Jack Grealish to Manchester City. He is an incredible talent.

"Jack's development over the past few seasons both for club and country has been plain for everybody to see. His natural talent together with his commitment to improve as a player, has seen him become one of the most exciting attacking players in world football today.

"I am certain that the fans are going to love seeing him in our team. Pep loves the way he plays, and we all feel he is an ideal fit for Manchester City. Our style and his style are a perfect match. I'm excited to watch him over the coming years." 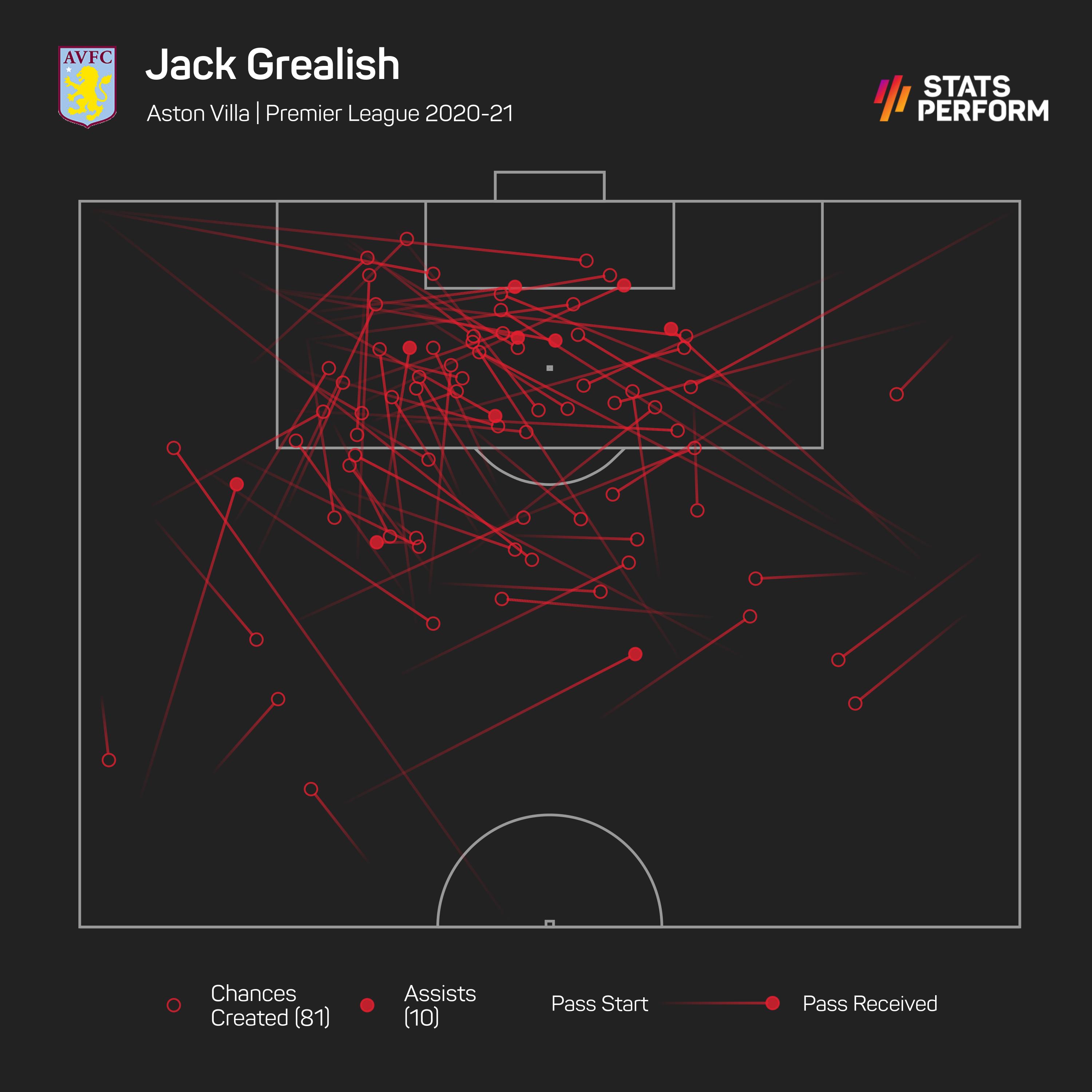 Having been Villa's standout performer during their 2019-20 Premier League survival campaign, Grealish stepped up another notch the following season.

The England midfielder netted six times, recorded 10 assists and created 81 chances – putting him third in the league – in 26 appearances during the 2020-21 season.

He created 26 more chances from open play than any other team-mate and was just seven short of Bruno Fernandes' league-high 77.