Bruno Fernandes expressed his delight at working with a proven winner in Raphael Varane as Manchester United look to challenge for trophies this term.

Varane completed a move to United in a deal worth a reported £42.7million (€50m) in August, following a decade at Real Madrid.

The France international boasts a World Cup medal from 2018, along with three LaLiga titles and four Champions League triumphs to his name from his time in the Spanish capital.

Since his debut against Wolves at the end of August, no player has played more Premier League minutes for the Red Devils than Varane (360) and Fernandes hailed the impact the centre-back could have on Ole Gunnar Solskjaer's side.

"Of course, he’s a winner," Fernandes told United Review. "Everyone knows that. He’s a nice guy and works really hard and is always pushing everyone to do better.

"I think he has a great mentality but, at the same time, we cannot forget the other players. Rapha [Varane] has been brilliant, but Victor [Lindelof] has had an amazing, brilliant beginning to the season.

"Eric [Bailly] comes later because of the Olympic Games, but he’s a player we trust a lot. 'H' [Harry Maguire] we already know is doing really well." 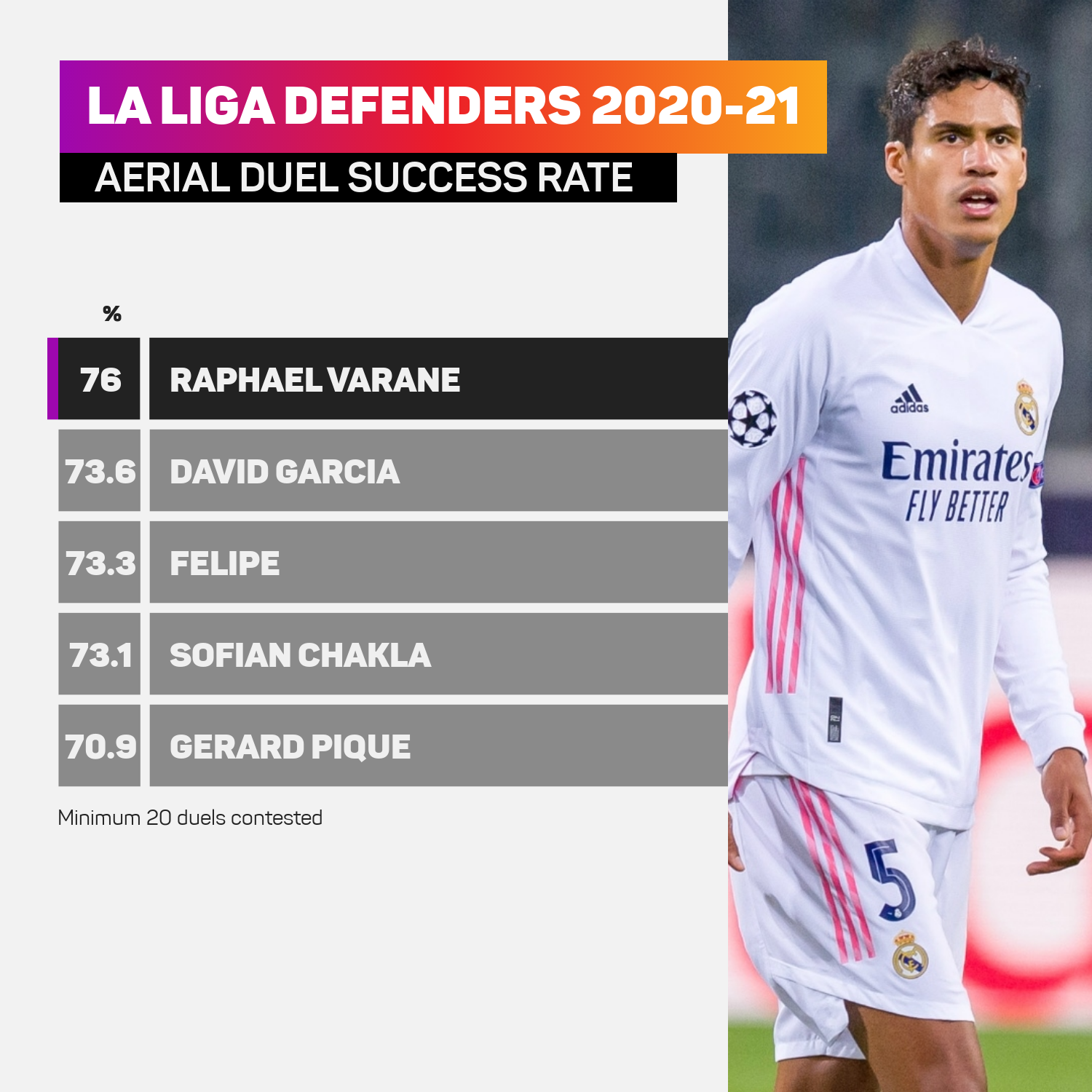 Indeed, Varane led from the front for Madrid last term as well in the absence of Sergio Ramos.

United's new acquisition ranked second for Los Blancos among defenders for duels won (110) and interceptions (36) in LaLiga, while recording 73 aerial successes – more than double the tally of any of his defensive colleagues.

And Fernandes is looking forward for the leadership aspects Varane will bring to United, who currently sit fourth in the top flight after losing to Aston Villa last Saturday.

"Still he [Varane] is a little bit shy in some ways, because it’s the beginning for him at United, but I think he’s a leader. I think he can help in that part of the game."

Let's see how you get on in our Opta-powered quiz ahead of this weekend's Premier League action.

Premier League Fantasy Picks: Why Chelsea defenders are the priority this weekend

With more top-flight domestic action inbound, Stats Perform uses Opta data to look at who to pick this week in fantasy football.

Something has to change - Arteta slams Bruce abuse

Union Berlin officials were relaxing in Rotterdam ahead of a game against Feyenoord when they came under fire from a hail of missiles.

Julian Nagelsmann missed Bayern Munich's 4-0 win over Benfica and the club have confirmed that he has tested positive for COVID-19.