Dortmund succumbed to defeat at home to defending champions and leaders Bayern, with the second half seeing controversial decisions go in favour of Die Roten.

Firstly, Marco Reus' protests were ignored when the Dortmund man was tripped in the Bayern box by Lucas Hernandez, before the visitors got their winner in similarly contentious fashion.

Mats Hummels threw himself between two players in an attempt to reach a corner delivery, but he appeared to start stumbling and ultimately fell into the ball with his arm first.

While replays showed Hummels was not looking at the ball, seemingly rendering it accidental, Zwayer pointed to the spot following a VAR check and Robert Lewandowski subsequently scored what proved to be the winning goal.

Zwayer offered an insight into his decisions, telling Sky Germany: "It was contact in the upper body area, which is allowed to happen even at high speed.

"The situation is not black and white, I decided against the penalty kick because of my line [of sight]. It was not necessary for me because I had a clear view.

"Again, in the situation with the handball on Hummels I had a factual perception. In the other situation I had a complete view, if the video assistant had a second shot - like an arm that was out - he would have given me that on the ear." 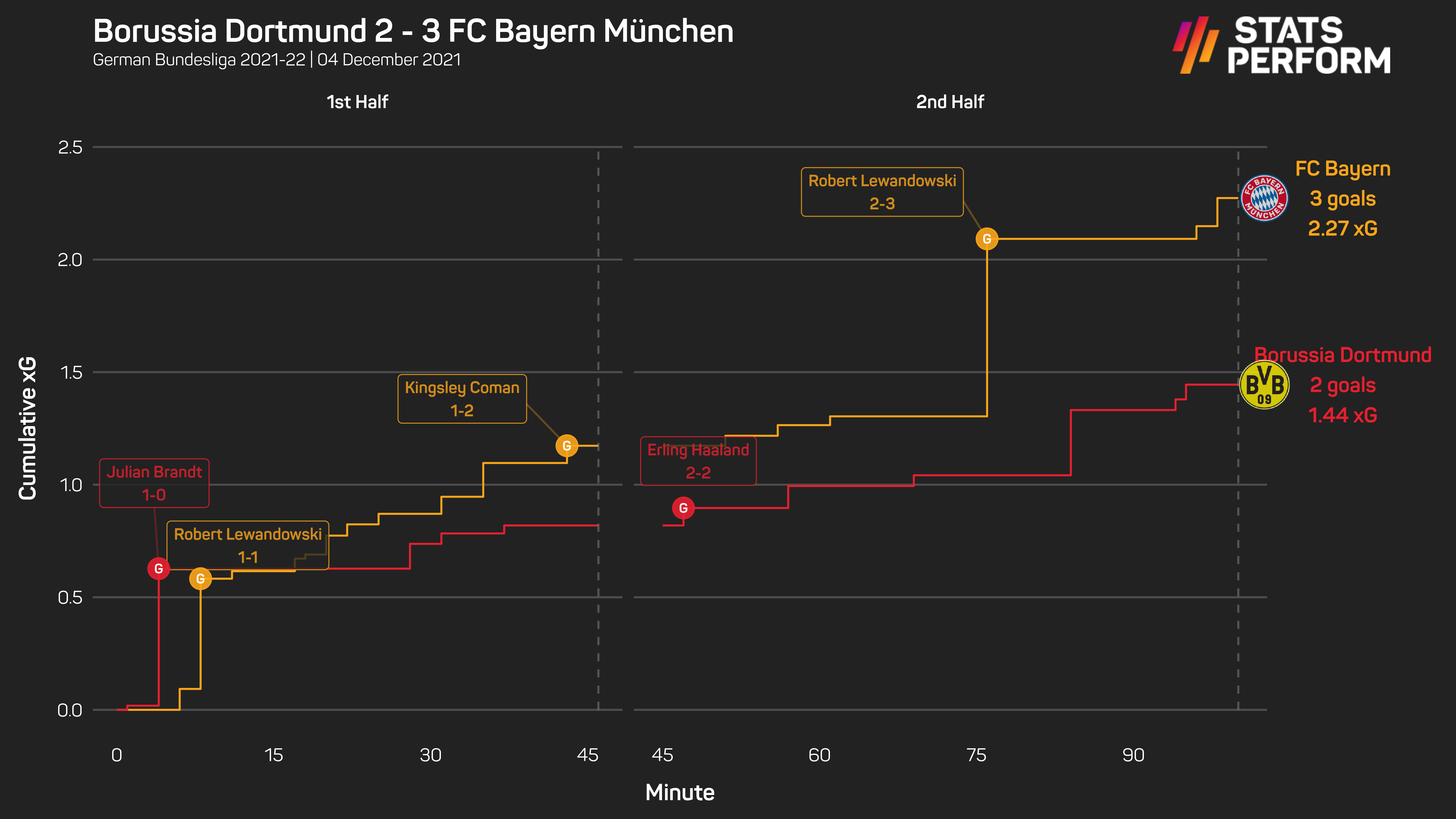 On the Hummels incident, Zwayer added: "The situation was a standard, corner kick. I see in the running game that it's about a touch by Hummels. In the game it was not clear whether the arm went to the ball.

"I checked it after Cologne, then the arm position was checked. In the end, he clearly deflected the ball with his elbow. I came to the decision in the end that it was a penalty."

It comes after Dortmund star Jude Bellingham questioned the integrity of Zwayer in a remarkable post-match rant.

Bellingham suggested it was the standard of refereeing to be expected from someone who had "match-fixed" before, alluding to controversy earlier in Zwayer's career.

However, Zwayer has never been found to have fixed a game.

In 2005, Zwayer was caught up in a scandal that centred around fellow referee Robert Hoyzer, who was found to have fixed 2.Bundesliga matches.

In one match, Zwayer was Hoyzer's assistant and was accused of taking a €300 bribe before he and three others turned Hoyzer in.

Zwayer faced a German FA (DFB) disciplinary over the matter in 2006. In December 2014, German newspaper Die Zeit published documents that showed Zwayer was banned for six months, information that did not emerge at the time.

Dortmund head coach Marco Rose was sent off after BVB conceded a penalty to Bayern on Saturday.

Having lost their last four matches at home to Bayern – their joint longest losing streak at home to a team, Dortmund are second and four points off the pace through 14 matches.

"The first one [penalty], I still see it the same way. It would be a shame if we talk too much about refereeing decisions here now," Rose told reporters. "I saw both situations again, and now I can be accused, rightly of course, of wearing black and yellow glasses. But, for me, the situation with Marco Reus is different. Because Marco is clearly in front of the ball, the opponent not only pushes him from behind as the referee said and perceived, but he also runs him over.

"And there is also frustration. You can see that in the way he falls. And so, for me, it is a clear penalty. And I have seen the second situation several times. It starts with Thomas Muller's hand on Mats Hummels' shoulder. Mats tries to protect himself a bit, which is natural, which is very natural, stumbles, doesn't see the ball anymore, dives somewhere and then the ball falls on his hand. In the first situation there was no video evidence.

"The referee even said that he had received confirmation from Cologne that his perception was correct. This statement is incredible and not very comprehensible to me. And then, in the second situation, you look at yourself accordingly just with pity and bitterness. We have to talk about it very, very much. And of course, it also makes you emotional, that's clear."