Chelsea head coach Thomas Tuchel says the club have discussed a move for Erling Haaland and has not ruled out partnering the Borussia Dortmund striker with Romelu Lukaku at Stamford Bridge.

Haaland was touted as a target for a number of European heavyweights during the most recent transfer window on the back of a first full campaign with Dortmund that saw him register 41 goals in the same number of appearances in all competitions.

The 21-year-old has 70 goals in 69 games for the German club overall since making his debut in January 2020 – only Bayern Munich's Robert Lewandowski (88 goals in 73 games) has a better return among players from Europe's top five leagues.

He still has two and a half years to run on his contract at Signal Iduna Park and Dortmund were under no pressure to sell their prolific marksman in the close season after offloading Jadon Sancho to Manchester United for £72.9million (€85m).

However, a rumoured release clause of €75m will come into effect at the end of the current campaign and Tuchel indicated Chelsea could still make a move for the in-demand striker.

"We talked about Erling Haaland a couple of times, including during the transfer window. But then it seemed absolutely unrealistic and not at all feasible," he told Sport Bild.

"We still talk about him regularly, of course, because he's a fantastic player and clearly the defining figure at Dortmund, who are a big rival for us in the Champions League." 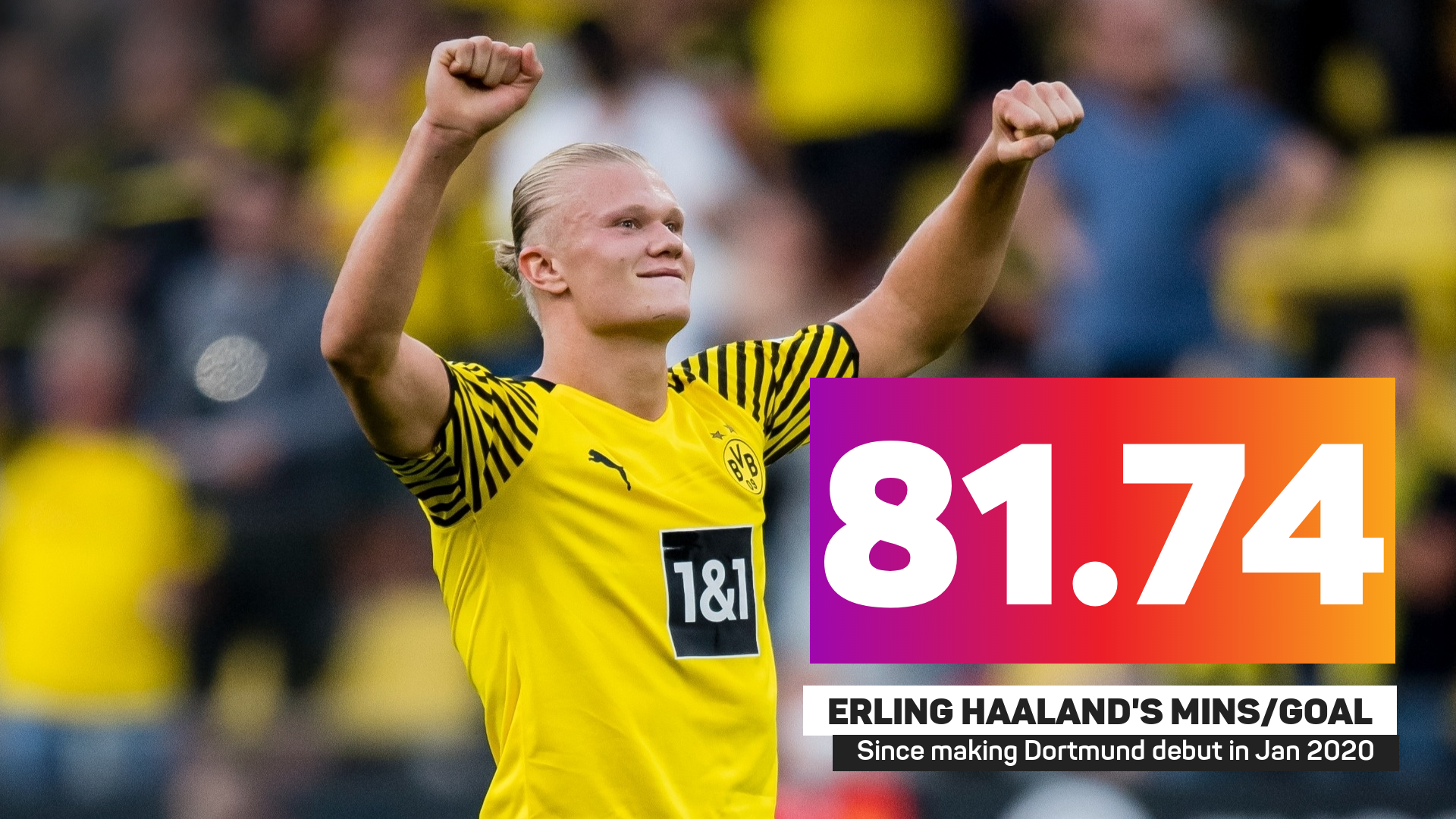 Chelsea instead re-signed Romelu Lukaku from Inter ahead of the 2021-22 campaign and the Belgium international has scored four goals in his first 10 games back in west London.

Asked if the pair could play alongside each other in the same side, Tuchel said: "We can talk about it. I don't think we've been really serious about it yet, but let's see what will happen in the next few weeks."