Pierre-Emerick Aubameyang's lack of playing time will cause problems for Arsenal manager Mikel Arteta, according to Gary Neville.

The Gabon international dropped to the bench for Monday's 2-1 defeat to Everton, with Arteta instead using Alexandre Lacazette and Gabriel Martinelli in attack.

Aubameyang missed a glorious chance shortly after Demarai Gray had fired in what proved to be a superb late winner for Everton to relieve the pressure on Rafael Benitez.

Arsenal's out-of-form captain has now failed to score in his last six Premier League appearances, which is his longest run in the competition and his longest goalless league run since going 14 without a goal for Borussia Dortmund in the Bundesliga between February and August 2014.

Former Dortmund striker Aubameyang has had 15 shots across that barren spell and has failed to find the net from an expected goals (xG) return of 3.1. 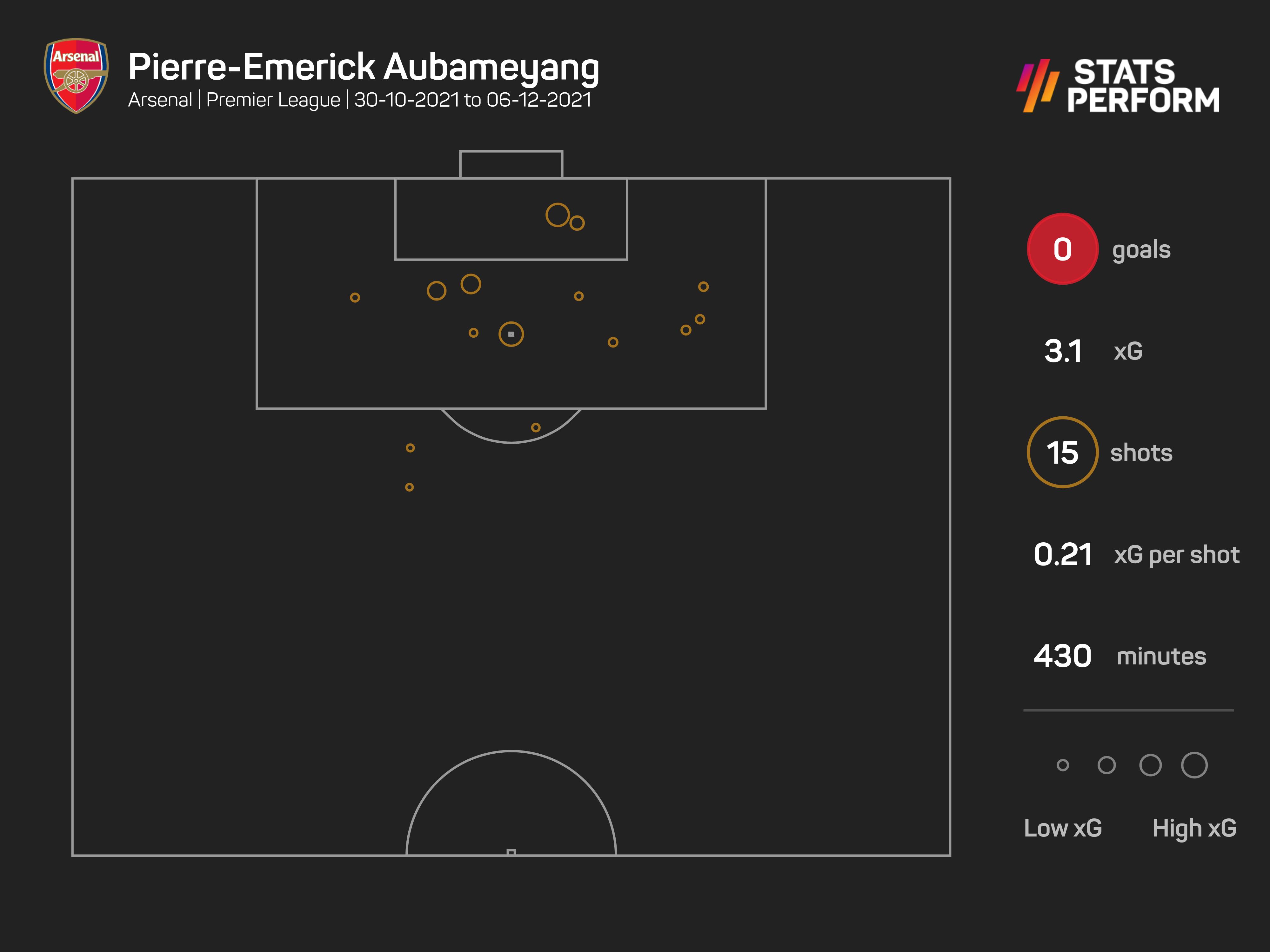 Neville does not believe Aubameyang will react well to being left on the bench for so long, with the Manchester United legend predicting a possible parting of the ways between the player and club in January.

"There's always that little bit of a bug there between Arteta and Aubameyang. I know he's the captain but he leaves him out and it just feels like something that's a little bit awkward, and it's going to cause a problem.

"I suspect, if Arteta could probably get money for Aubameyang and he could get someone else, they probably would. And I bet if Aubameyang could move on he probably would as well because it could maybe turn a little sour."

Aubameyang failed to find the target from his two efforts against Everton and now has a big chance conversion rate of 33.33 per cent in the Premier League this season.

Arsenal, who had taken the lead against Everton through Martin Odegaard's strike before late goals from Richarlison and Gray, are seventh in the league after losing three of their last four games.

The Gunners have named the youngest average starting line-up in the English top flight this season and Neville believes a lack of experience is costing Arteta.

"I think when we talk about this being a young team in terms of the average age, when you go to places like Old Trafford and Goodison Park in a night game one or two of the young players won't have experienced it too many times," he said.

"I remember my first game going to Anfield and it was tough, going to Arsenal at Highbury. You need experience to get you through those difficult moments when the crowd go up and a few decisions go against you and you can feel something happening.

"You need comfort in there. You need that spine. Arsenal's senior players are not really massive characters. They are not really leaders. They don't get those young players through those difficult moments in the game so the other players just go under a little."