India only need five wickets to wrap up a series win over New Zealand after dominating day three in Mumbai.

India declared on 276-7 in Mumbai on Sunday to set the Black Caps a highly improbable 540 to win, and the tourists are facing a crushing defeat in the second and final Test of the series after closing on 140-5.

Patel became only the third bowler to take all 10 wickets in a Test innings on day two and the New Zealand spinner finished with incredible match figures of 14-225, surpassing Ian Botham's 13-106 in Mumbai in 1989 as the best taken against India.

It was very much India's day once again, though, after Mayank Agarwal top scored with 62, having made a magnificent century in the first innings.

Cheteshwar Pujara and Shubman Gill made 47 apiece, while captain Virat Kohli chipped in with 36 before Axar Patel smashed an unbeaten 41 off 26 deliveries.

Ashwin (3-27) came to the fore yet again on a challenging surface after Kohli declared late in the afternoon session, removing openers Tom Latham and Will Young before sending Ross Taylor on his way.

Daryl Mitchell (60) played with great assurance as New Zealand moved beyond their embarrassing first-innings total off 62 all out until he holed out off the bowling of Axar and Tom Blundell was run out for a duck.

Henry Nicholls batted with admirable patience and was still there on 36 at stumps, but India are on the brink of gaining a measure of revenge for their defeat in the inaugural World Test Championship final. 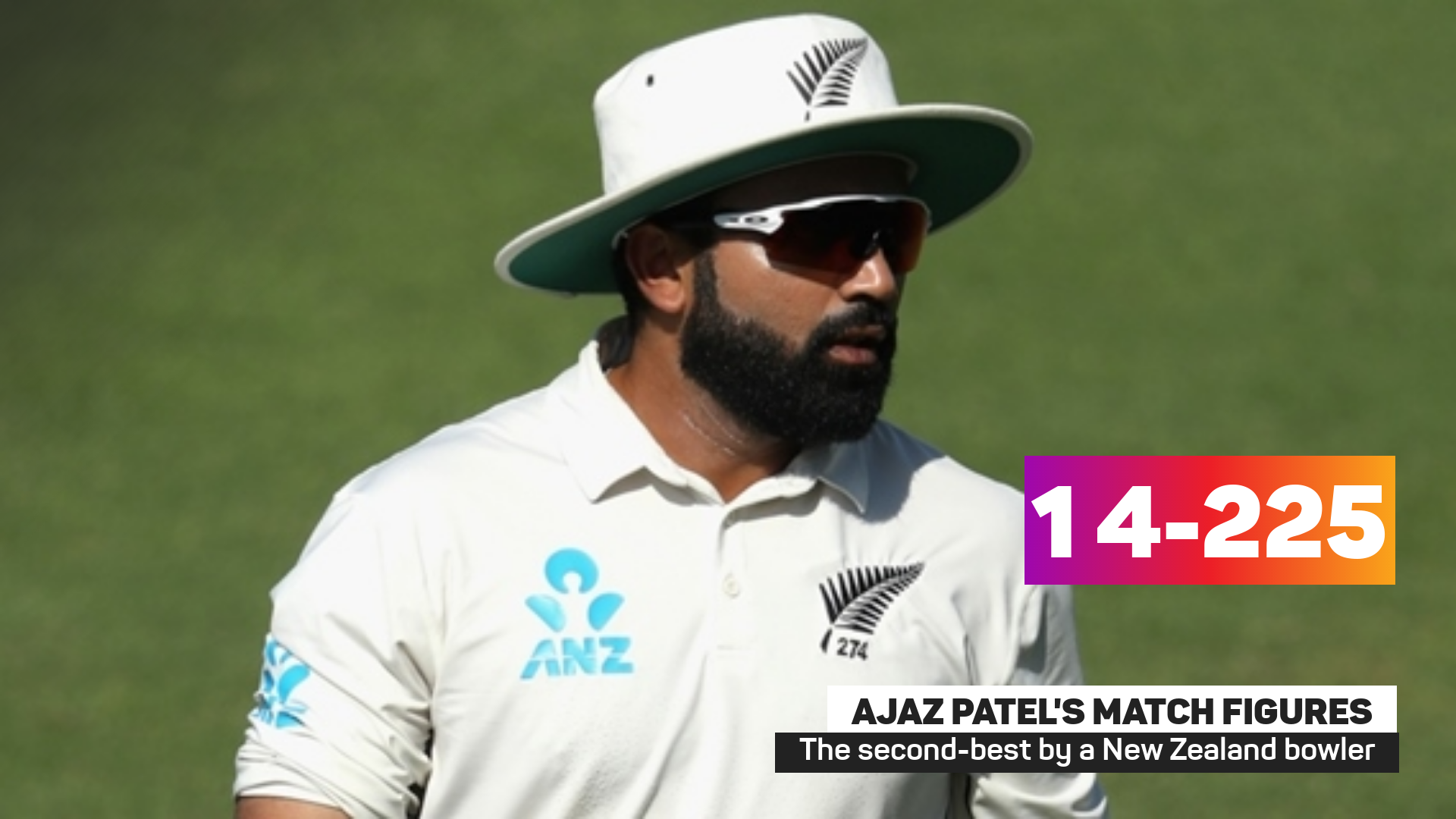 Patel only second to Hadlee

Spinner Patel shot to prominence with his astonishing display with the ball in his city of birth on Saturday.

The 33-year-old tweaker's one-man show continued when he dismissed Agarwal and Pujara before Rachin Ravindra (3-56) became the first Black Caps bowler other than Patel to take a wicket in the match, Gill the man to become his first Test victim.

Only Richard Hadlee has claimed better match figures for New Zealand than Patel, when the legendary all-rounder took 15-123 against Australia in November 1985.

It has been an outstanding year for Ashwin, who followed up his devastating first-innings exploits by reaching the 50-wicket landmark for 2021.

The wily Ashwin took 4-8 on day two and the New Zealand batsmen struggled to read him once again, Latham pinned lbw before Young was caught at short leg and Taylor's positive approach did not pay off when he was taken by Pujara.

Mitchell and Nicholls made a fight out it in a stand of 73, but Ashwin looks poised to take yet another five-wicket haul with two days remaining.