South Korea international Hwang Hee-chan will join Wolves permanently at the end of the season, the Premier League club has confirmed.

Hwang initially joined on a season-long loan from Bundesliga side RB Leipzig and agreed personal terms on a deal before arriving in England.

Wolves have now activated a clause to make the move permanent from July for a fee reportedly in the region of £12million.

The deal will run to 2026 and was confirmed by the club's website on the player's 26th birthday.

The former Salzburg forward made an impactful start at Wolves, scoring four goals in his first six Premier League games, including his first strike just 20 minutes into his debut after coming off the bench in the 2-0 win at Watford in September.

He has failed to find the net since scoring the opener in the 1-1 draw at Leeds United in October, however, and has not played since sustaining a hamstring injury in the 1-0 win at Brighton last month. 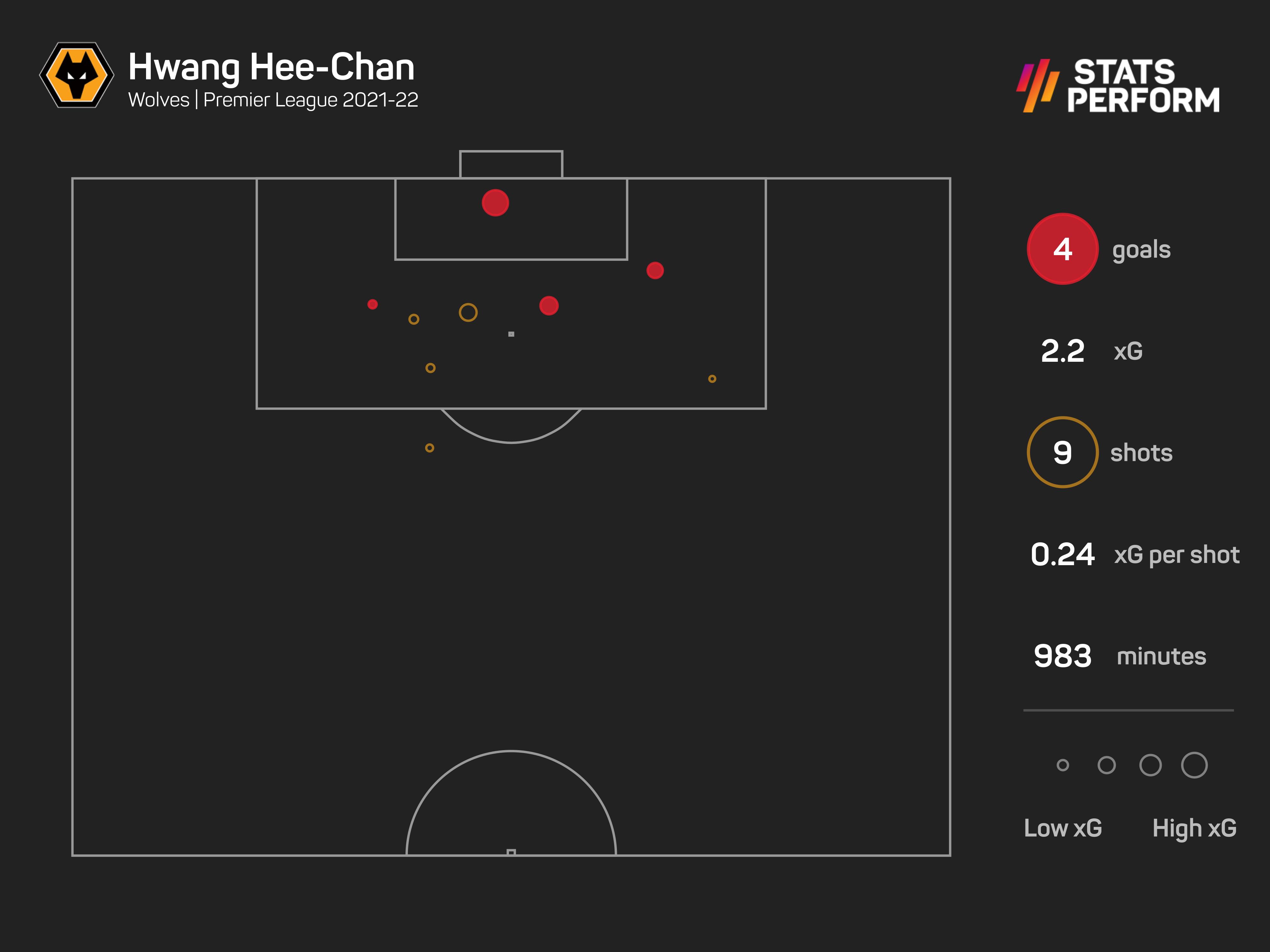 Hwang first came to prominence at Salzburg during the 2019-20 season, playing in an attack that included Erling Haaland, Takumi Minamino and Patson Daka, before signing for RB Leipzig for around €9m in 2020.

However, he only managed three goals and four assists in 29 appearances across all competitions for Die Roten Bullen – albeit only five of those were starts.

Wolves technical director, Scott Sellars, was delighted to confirm the news and told the club's website: "He's had a really positive affect on not only the team, but also the whole football club, and he's been a fantastic addition to Wolves.

"We could see straight from our first meeting with him that Hee-chan is such a focused and determined young man who wants to be successful in his football career.

"He's not had the experiences he would have liked at Leipzig and he wanted a change, and he's grabbed his opportunity here in the Premier League with both hands. He's shown a lot of determination, a lot of focus and certainly a lot of professionalism every day, and he's got his rewards in terms of his performances and his goals."

Hee Chan Hwang will join us on a permanent deal until 2026 on July 1st, following the conclusion of his loan.

Rumour Has It: Newcastle to swoop for Henderson, Juventus eye Pogba