Primoz Roglic suffered Tour de France heartbreak last year and will be striving to turn the table on Tadej Pogacar over the next few weeks.

Tour debutant Pogacar became the first Slovenian to win the race last September, on the eve of his 22nd birthday.

The UAE-Team Emirates rider is the favourite as he attempts to go back-to-back in a race that starts in Brest on Saturday, but Roglic is a man on a mission after missing out on the 2020 title to his countryman in dramatic fashion.

Geraint Thomas, the 2018 champion, will go in search of a second Tour triumph and Richard Carapaz could also mount a challenge, with Egan Bernal not in the INEOS Grenadiers line-up following his Giro d'Italia triumph.

Chris Froome, winner of the general classification on four occasions, will play a support role in the Israel Start-Up Nation team for Michael Woods, while Mark Cavendish was given a late call-up.

Here, Stats Perform picks out the big stories and standout Opta facts ahead of the 108th edition of the prestigious Grand Tour race, which finishes in Paris on July 18.

Pogacar went down as the second-youngest winner of the Tour last year behind Frenchman Henri Cornet way back in 1904.

A sensational time-trial ride on the penultimate stage up the Planche des Belles Filles saw Pogacar snatch the yellow jersey from Roglic.

Pogacar won the Tour of Slovenia this month, while Roglic should be refreshed as he will line up for the Grand Depart having not raced for two months.

The defending champion was the first rider to win the yellow jersey, polka dot jersey (mountains classification) and white jersey (young rider classification) in the same Tour de France and will have to deal with a weight of expectation over the new few weeks.

Roglic looked to have the title in the bag last year until Pogacar produced the ride of his life to leave his fellow Slovenian shellshocked.

There will be six mountain stages, three of which will end with high-altitude finishes in a race that will see the riders head to Andorra.

A double climb of Mont Ventoux during the 190-kilometre stage 11 from Sorgues to Malaucene will provide a huge test.

There will also be two individual time trials, on stage five from Change to Laval and the penultimate stage from Libourne to Saint-Emilion.

A 249.1km stage seven from Vierzon to Le Creusot will be the longest in the Tour for 21 years, finishing with a demanding ascent of the Signal d'Ucho and with 3,000 metres of elevation to tackle overall.

Julian Alaphilippe will be the first Frenchman to compete in the Tour as world champion since Laurent Brochard in 1998.

The world champion was one of the main protagonists at the Tour de Suisse this month but does not expect to mount a challenge to become the first French winner of the yellow jersey since Bernard Hinault in 1985.

Deceuninck-QuickStep rider Alaphilippe said: "The main goal at Le Tour will be to get a stage victory. To raise my hands there, at the biggest race in the world, with the world champion jersey on my shoulders, would be something really special.

"The first week is going to be an important one, with several opportunities. We will give our best there, as we always do. A successful Tour for me would be a beautiful victory and to show some good things together with the team."

Mark Cavendish was given a late call-up to end a three-year wait to compete again in the Tour.

The 36-year-old was on Monday named as Deceuninck-QuickStep's lead sprinter after 2020 green jersey winner Sam Bennett was ruled out due to injury.

Cavendish hinted that he might be ready to retire after the Gent-Wevelgem last year, but he has been resurgent in 2021.

Only the legendary Merckx (34) has more Tour stage victories than Cavendish's tally of 30. 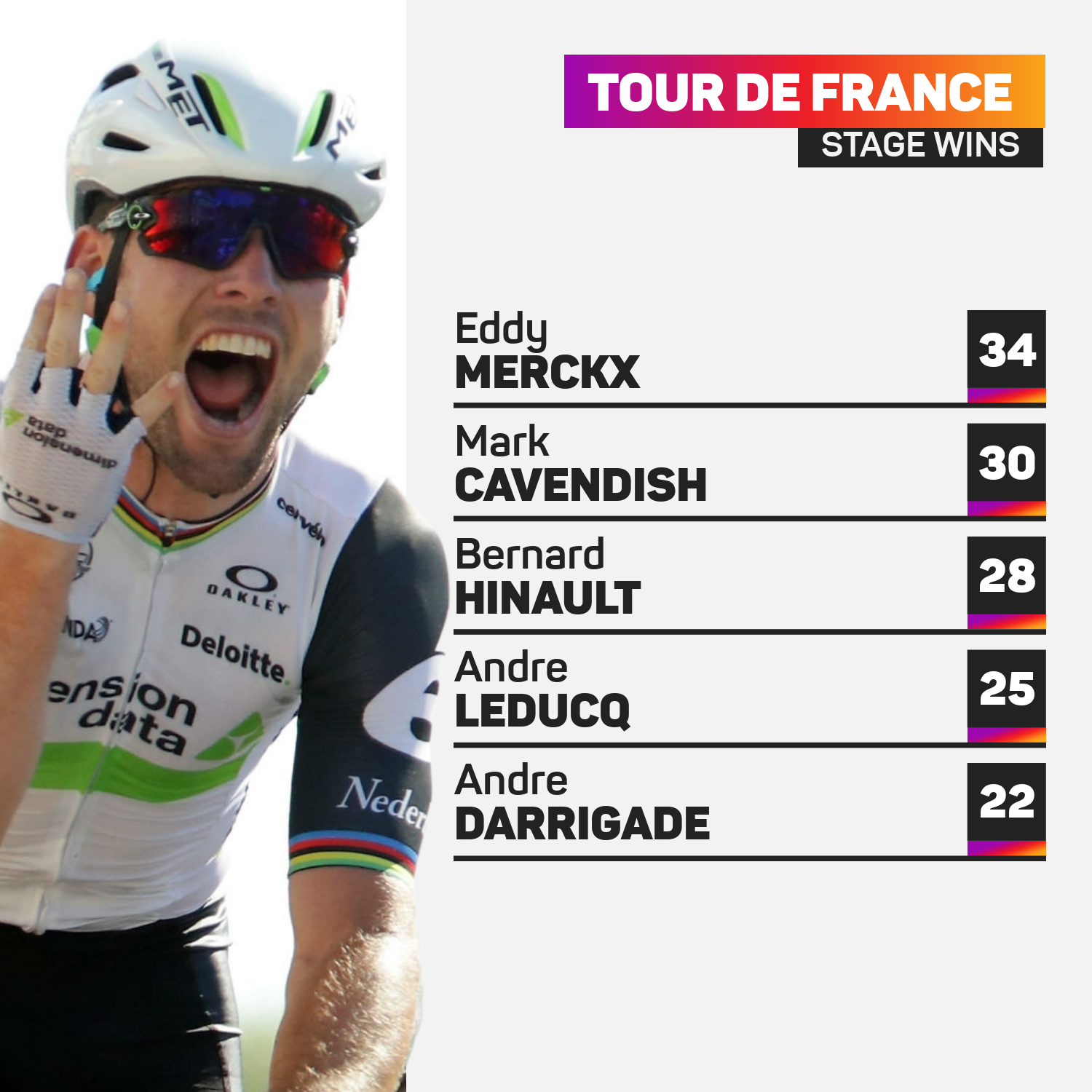 Tokyo Olympics: Team USA have winning streak snapped as France cause an upset

Evan Fournier starred with 28 points for France as the United States were beaten at the Olympics for the first time since 2004.

American Keyshawn Davis says a gold medal is the only thing missing from his resume and he plans to change that at the Tokyo Olympics.

Malaysian artistic gymnast Farah Ann Abdul Hadi couldn't hold back her tears after not making it into the women's individual all-around final at the 2020 Olympic Games.