China failed to top the podium on day 12 at Tokyo 2020 but still hold a seven-gold buffer over the second-place United States in the medal table.

The leaders endured a rare quiet outing on Wednesday, with Rio silver medal pairing Huang Xuechen and Sun Wenyan providing the sole silver of the day for China in the artistic swimming.

The USA failed to significantly dent the eight-gold gap from Tuesday, collecting just one gold in the women's 400m hurdles, where Sydney McLaughlin obliterated her own world record as part of an American one-two with defending Olympic champion Dalilah Muhammad.

Muhammad's silver was one of three – all on the athletics track – for the USA as Courtney Frerichs and Kenny Bednarek boosted the medal count – the latter finishing second to North American rival Andre de Grasse in the men's 200m final.

Japan, who led the early gold count in Tokyo, remain in third and added golds through Yukako Kawai in the women's wrestling and Sakura Yosozumi in the women's skateboarding – Japan's third of four possible golds in the debuting event.

Australia are tied with Team GB on 15 golds after Mathew Belcher and Will Ryan sailed to victory in the men's 470 to go one better than their runners-up finish at Rio in 2016.

The Russian Olympic Committee make up the top six after Svetlana Kolesnichenko and Svetlana Romashina overcame China's Xuechen and Wenyan in the first of two artistic swimming events to win the Russians' 14th gold of the Games.

Meanwhile, Peruth Chemutai became the first Ugandan woman to win an Olympic medal as she claimed gold in the women's 3,000m steeplechase. 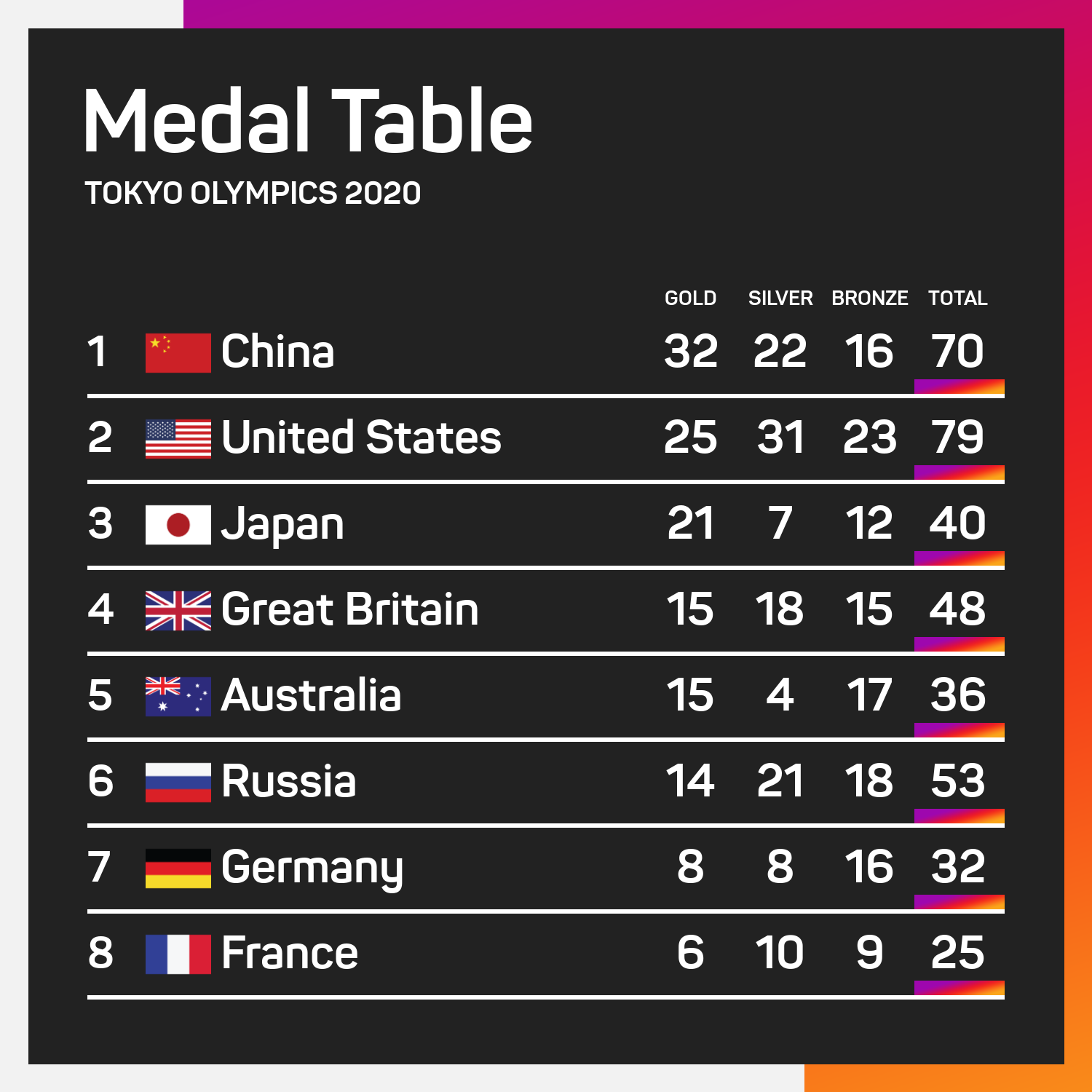 Rumour Has It: Liverpool and Chelsea eyeing Bayern's Coman