Another trio of golds secured Japan's top spot in the medal table, while Australia surged upwards thanks to rowing success on Wednesday.

Japan remained top of the medal table at the Tokyo Olympics as they collected another three golds on day five.

Daiki Hashimoto, 19, was the standout performer as he secured a last-minute win in the men's all-around gymnastic final, with China's Ruoteng Xiao and the Russian Olympic Committee's pre-event favourite Nikita Nagornyy settling for silver and bronze.

That win took the host nation to 13 golds, with Chizuru Arai in the women's 70kg judo – their eighth medal in the sport at the Games so far – and Yui Ohashi in the women's 200m individual medley the other victors.

China pulled one clear of the United States as they also collected three golds on Wednesday. Shi Zhiyong broke his own world record to win the men's weightlifting 73kg event, while Wang Zongyuan and Xie Siyi brought China's third diving gold at the Games with victory in the men's synchronised 3m springboard final.

The USA had to settle for silver in China's diving win, though they did pick up gold in the debut 3-on-3 women's basketball event by defeating the Russian Olympic Committee.

The Russian Olympic Committee remain fourth despite not winning gold on a frustrating day that saw them finish runners-up in both 3x3 basketball events and the men's 4x200m freestyle relay.

Australia enjoyed a memorable day in rowing as they battled to back-to-back golds in both the male and female coxless four, with Ariane Titmus setting a Games record in the women's 200m freestyle to move the Australians up to six golds.

Due to Australia's success on the water, Great Britain's dominant five-gold run in the men's coxless four that stretched back to Sydney 2000 came to an end, though they did collect a first silver medal in men's quad sculls.

Tom Dean, who won gold on Tuesday, was part of the men's 4x200m freestyle team that picked up Team GB's only gold of the day as they moved down to sixth place. 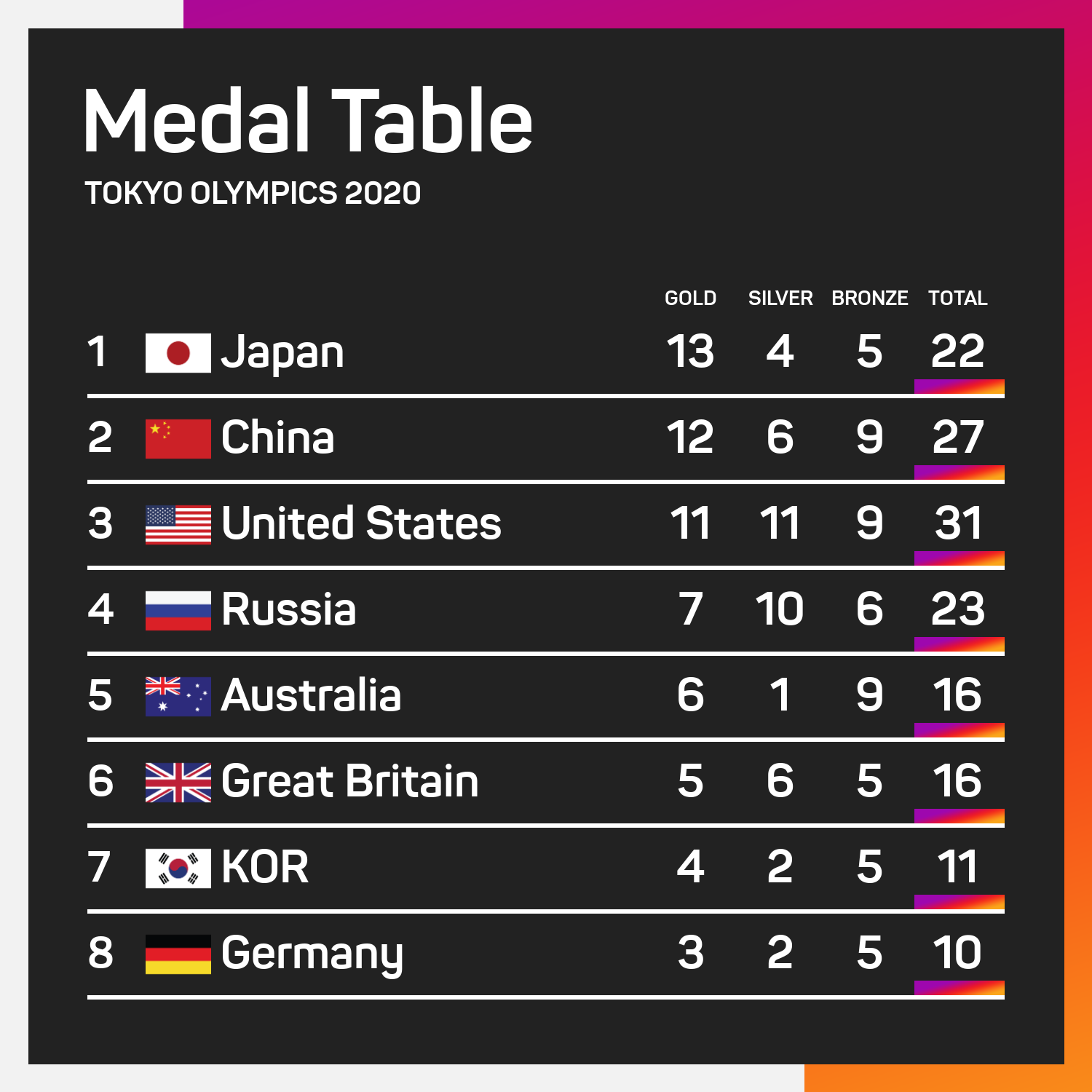