Five and a half years after the iconic line "Carlos Brathwaite, remember the name" was delivered, England are among the favourites to banish the memories of their T20 World Cup heartbreak.

Needing 19 off the final over for the Windies to be crowned champions for a record second time in Kolkata, Brathwaite launched Ben Stokes for four huge sixes in as many balls to leave England shell-shocked.

It remains to be seen who will make a name for themselves in the 2021 showpiece, which could not be staged in Australia last year due to the coronavirus pandemic and was then moved from India to the United Arab Emirates and Oman.

Stats Perform pick out the contenders and key players ahead of a cricketing extravaganza that will finally get under way when Oman face Papua New Guinea on Sunday.

It is 22 years since Chris Gayle made his Windies debut, so there will be no need for a "remember the name" if the left-handed opener cuts loose.

Powerhouse Gayle cut short his latest Indian Premier League spell with Punjab Kings due to bubble fatigue to ensure he would be fresh for the T20 World Cup.

The 42-year-old self-proclaimed 'Universe Boss' has proved to be the man for a big occasion time and again and he could produce more fireworks as a talented Windies squad, which does not include Brathwaite, target a hat-trick. 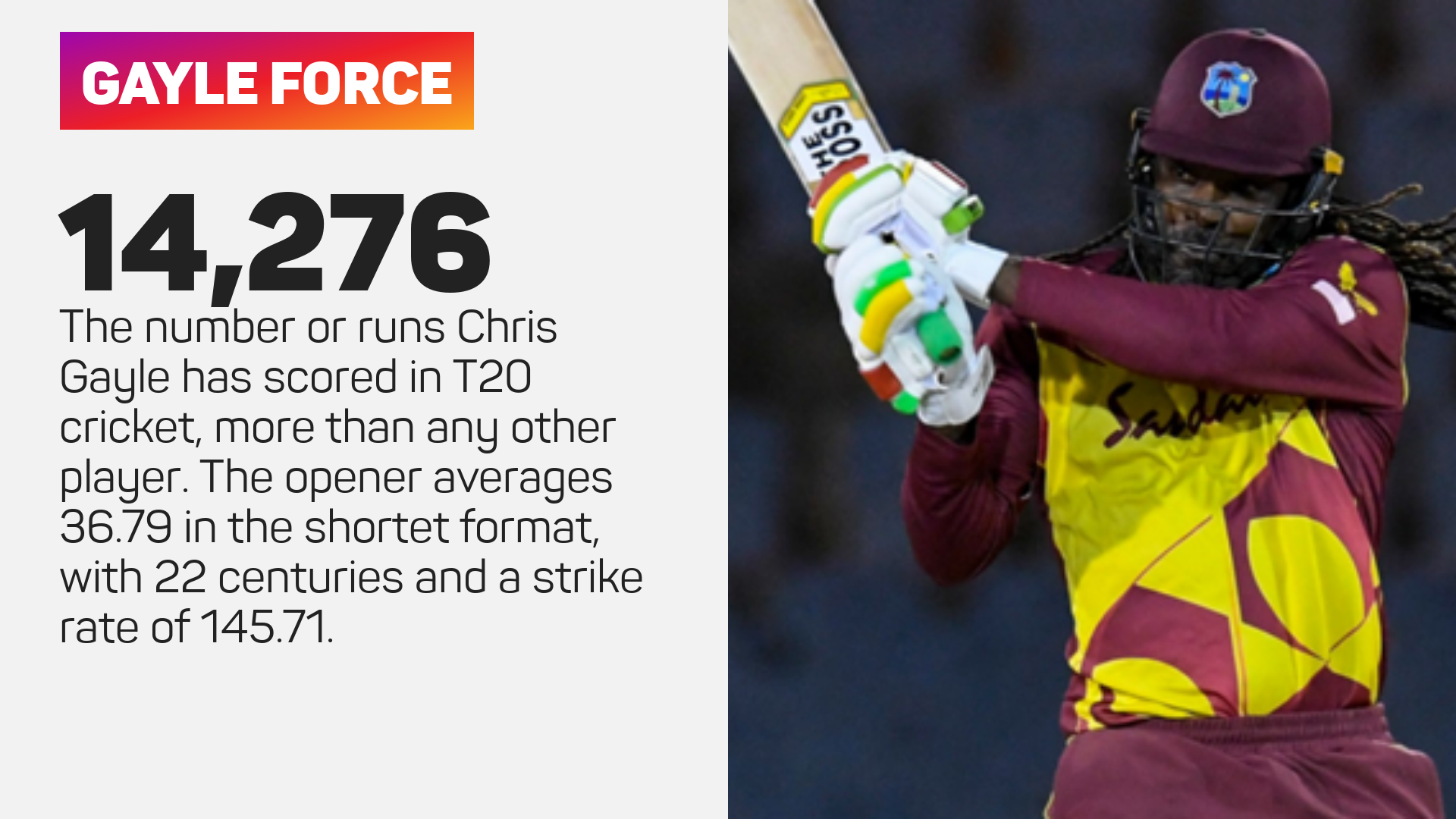 England could be Living it up

Ben Stokes and Jofra Archer were key to that stunning victory, but they will both be absent as Eoin Morgan attempts to lead England to T20 glory.

Top of the rankings and with the number one T20 batsman in the world in the shape of Dawid Malan, they have every chance of lifting the trophy in Dubai on November 14.

Destructive all-rounder Liam Livingstone can play a huge part, while Tymal Mills will be one to watch over three years after the left-arm paceman's last international appearance. 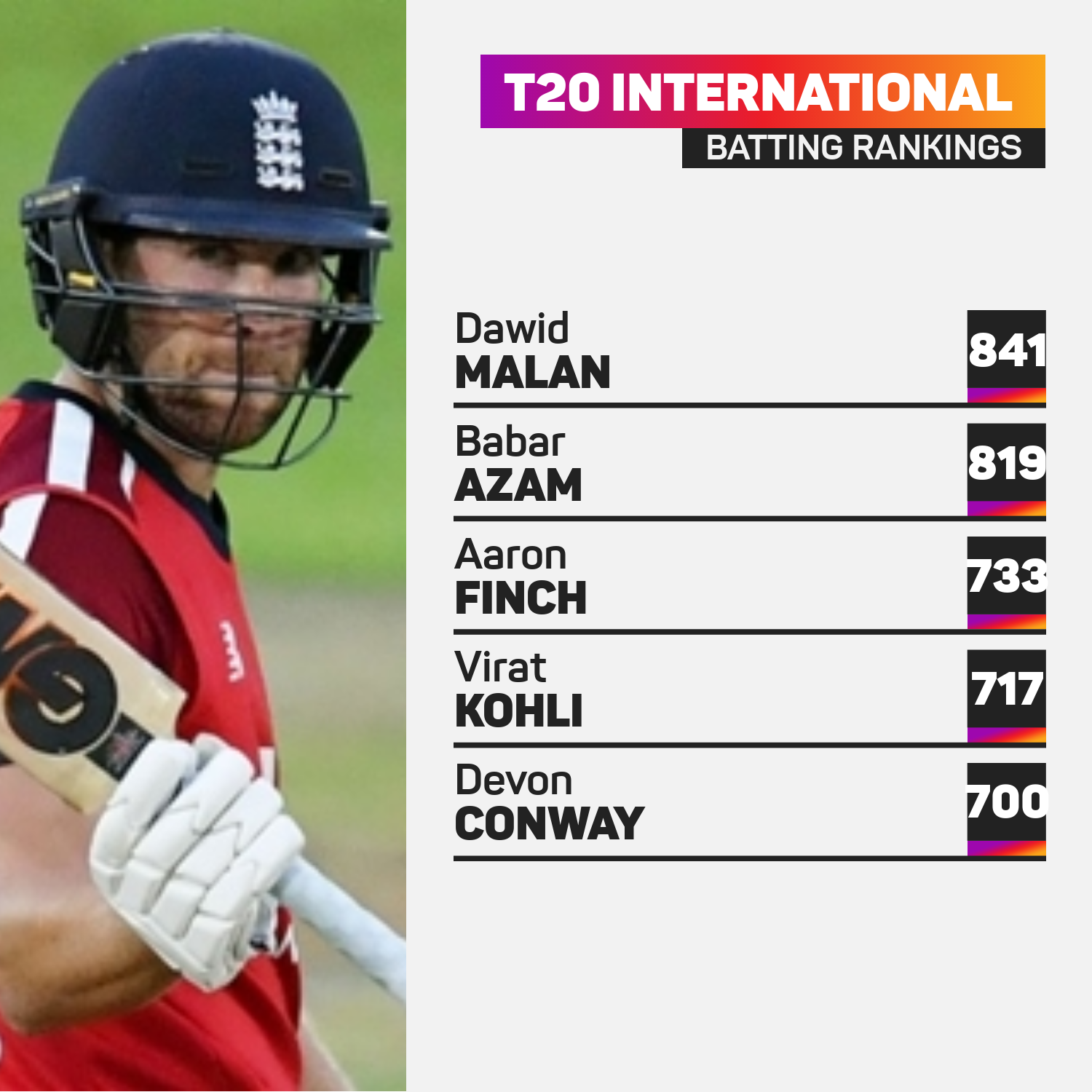 Kohli desperate to end reign on a high note

Virat Kohli will step down as India captain after the tournament, although the prolific right-hander will continue to play for his country in the shortest format.

Kohli has not won a major ICC trophy as skipper, but this competition represents another huge opportunity to put that unwanted record right.

The highest scorer in international T20 cricket, Kohli could take the World Cup by storm and he will lead a squad packed with firepower both with bat and ball.

Rohit Sharma, Jasprit Bumrah and Rishabh Pant are just a few of the other key men for India.

Australia to put on 'Big Show'?

Preparation for some of the Australia players has been anything but ideal, having faced a strict lockdown in their homeland.

Yet captain Aaron Finch says they will be ready to go when they face South Africa in their first match of the Super 12 stage on October 23 as he steps up his recovery from knee surgery.

David Warner has been out of sorts, but Finch has backed his fellow opener and Australia have no shortage of potential match-winners in their squad.

All-rounder Glenn Maxwell may need to live up to his 'Big Show' nickname if Australia are to lift the trophy.

The @CricketAus superstar talks us through some of his most eye-catching @cricketworldcup and #T20WorldCup moments pic.twitter.com/i7Y6uemXOU

Black Caps and Pakistan can mount a challenge, outside chance for Proteas

New Zealand celebrated winning the first World Test Championship final this year and they have the armoury for T20 success under the inspirational leadership of Kane Williamson.

Kyle Jamieson and Trent Boult can spearhead a strong attack, while Williamson consistently racks up the runs in all formats and Devon Conway can make his mark.

Much rests on the shoulders of skipper Babar Azam in Pakistan's pursuit of glory, while the likes of Quinton de Kock, Anrich Nortje and Kagiso Rabada will be key for South Africa.