Ronaldo to leave Juventus? Chelsea to win race for Haaland? The players who could be on the move this window

The futures of many top talents remain uncertain with six weeks of the window left. We look at some big transfers that may still go through.

Following the conclusion of the European Championship and the Copa America, focus has switched back to club football as the 2021-22 campaign draws ever nearer in Europe's top leagues.

Most clubs are busy strengthening their squads ahead of the new season, while for others there is a need to raise funds as the financial effects of the coronavirus pandemic continue to be felt.

With six weeks of the window to go for teams in England, Spain, Germany, France and Italy, the futures of many top talents remain uncertain – not least in the case of Lionel Messi, who became a free agent on July 1.

But while Messi is widely expected to sign a new long-term deal with Barcelona, other global stars will remain in the headlines until a transfer is secured or the window shuts.

Stats Perform looks at some of the biggest names who could be on the move between now and the end of August.

While Messi's future now seems certain to be with Barcelona beyond next month, fellow superstar Ronaldo's status is less clear after entering the final year of his Juventus deal.

The Bianconeri are supposedly weighing up whether to cash in on the five-time Ballon d'Or winner or risk losing him for free next year when his deal expires.

While Juve endured a disappointing 2020-21 that saw them miss out on the Scudetto for the first time in nine years, Ronaldo had another impressive season in front of goal.

He scored 29 goals in 33 league appearances to finish top of the scoring charts, becoming the first player to win the Golden Boot in Serie A, LaLiga and the Premier League. 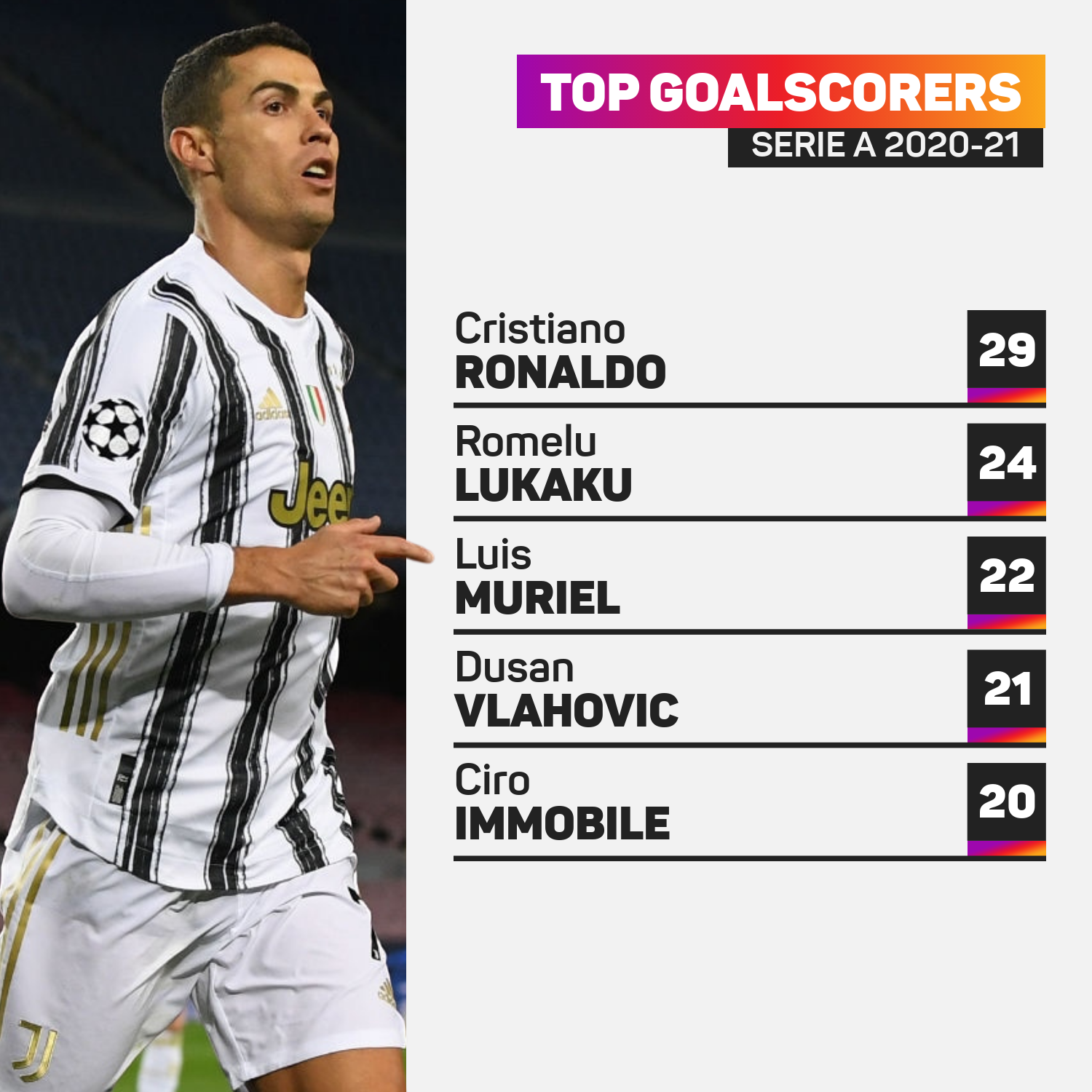 Kane has spent 17 years with Tottenham but admitted in May he feels at a "crossroads" in his career following another trophyless campaign last time out.

The England international, who scored four times in his country's run to the Euro 2020 final, is yet to discuss his future with recently-appointed boss Nuno Espirito Santo.

He finished as the Premier League's top scorer last season, making him the third player to win the Golden Boot on three occasions after Thierry Henry (four times) and Alan Shearer.

Kane also set up 14 goals to become only the second player in the Premier League era to top the charts for both goals and assists, the other being Andy Cole for Newcastle United in 1993-94. 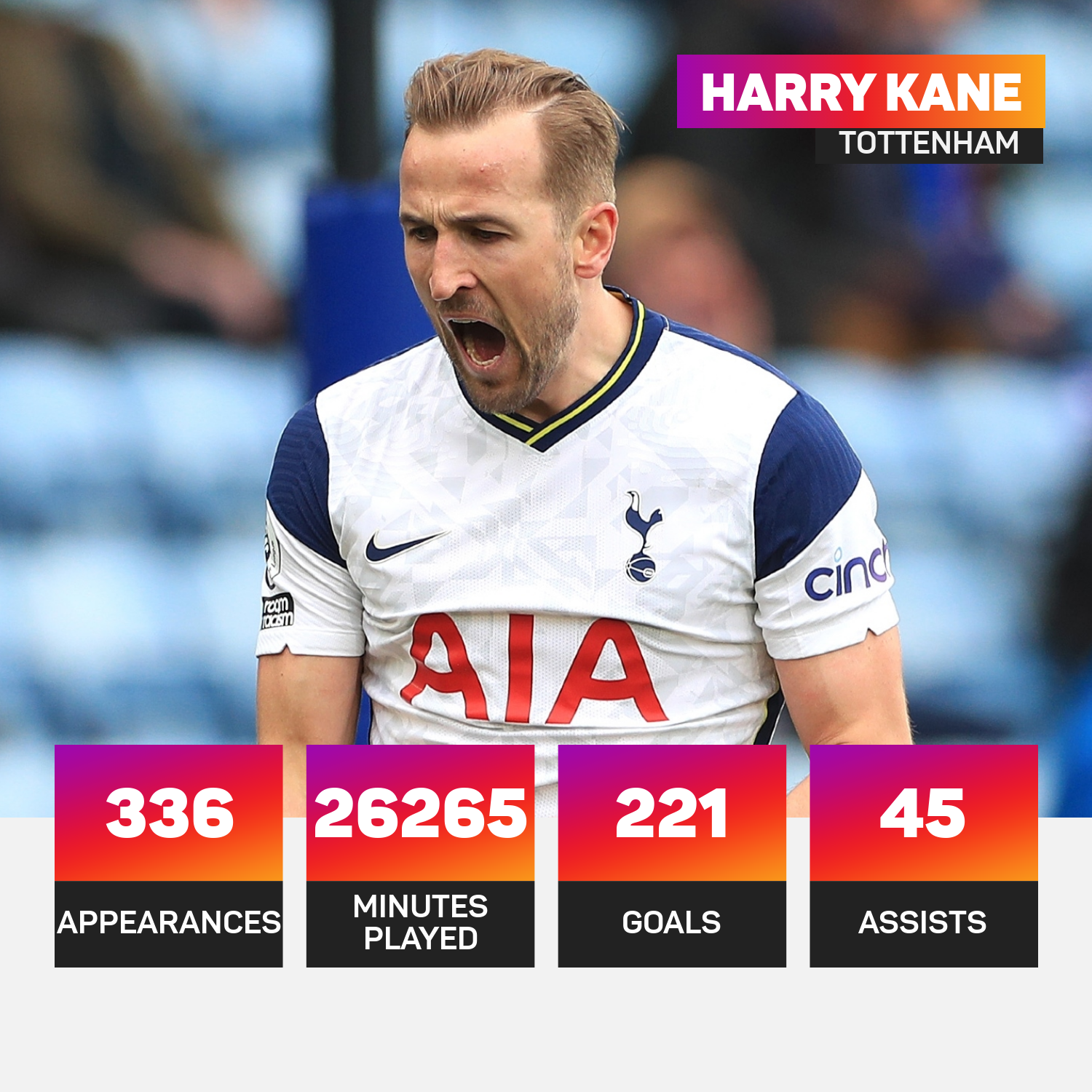 Alongside Kylian Mbappe, who Paris Saint-Germain will refuse to sell this window despite his delicate contract situation, Haaland is arguably football's hottest property.

The Norway international has been superb for Dortmund since arriving in January 2020, breaking a number of Bundesliga and Champions League goals records along the way.

That includes becoming both the quickest and youngest player to hit 20 goals in the Champions League, doing so in just 14 matches for Dortmund and former side Salzburg.

Last season alone, Haaland netted 27 times in 28 Bundesliga games. That included two or more goals on 11 occasions – only Gerd Muller (12 in 1971-72) has done so more times in a season. 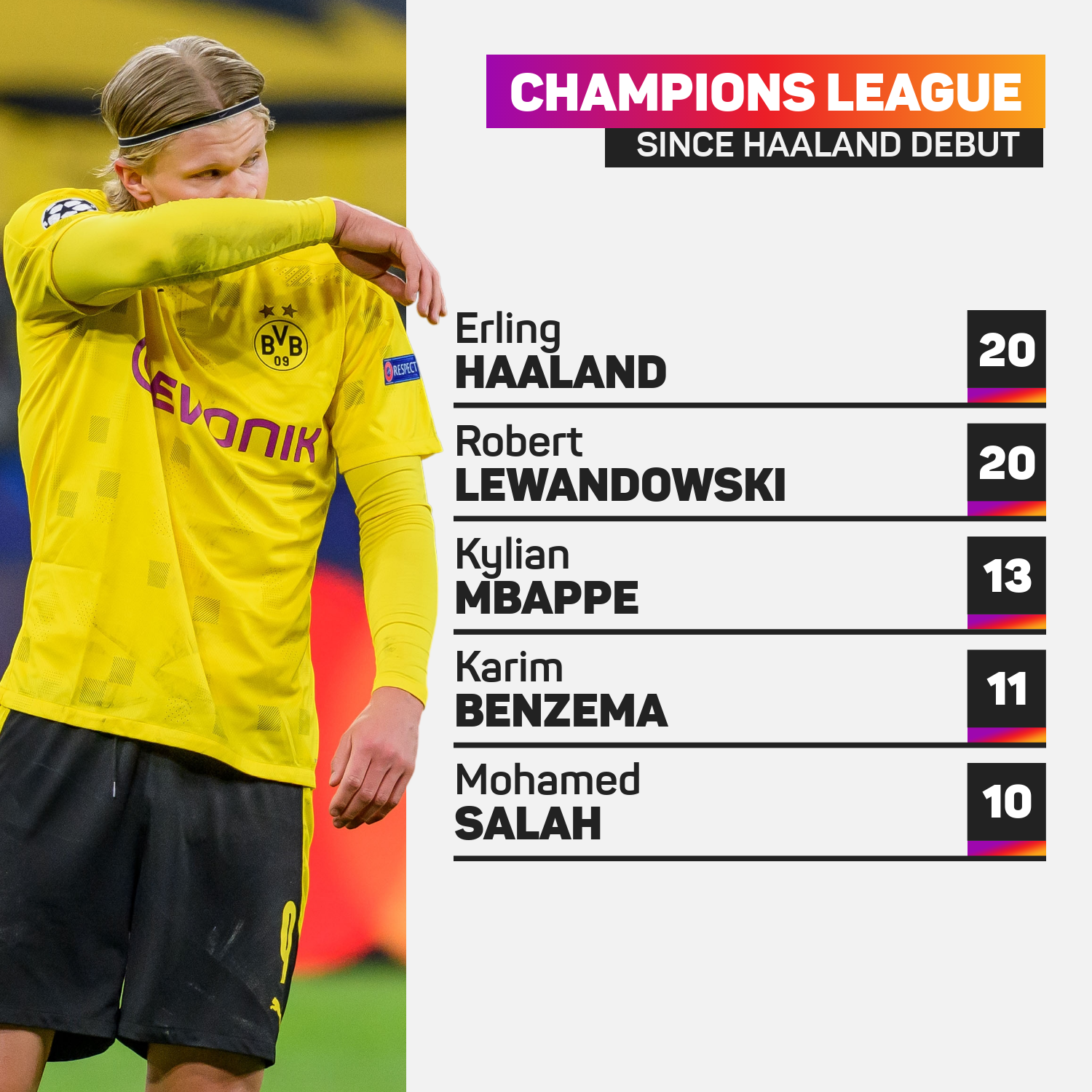 Having won it all during his time with Bayern, including seven successive Bundesliga crowns, could the time be right for Lewandowski to seek a new challenge elsewhere?

Recently-appointed Bayern boss Julian Nagelsmann admitted last week teams are interested in signing the 32-year-old, but that should of course come as no surprise.

Lewandowski is coming off his finest campaign yet for the Bavarian giants, having scored 41 times in the Bundesliga in 2020-21 to break Bayern great Muller's record for goals in a single season that had stood for 49 years.

The Poland striker's 48 goals in all competitions last time out were the most scored by any player in Europe's top five leagues in 2020-21, meanwhile, followed by Mbappe (42) and Haaland (41). 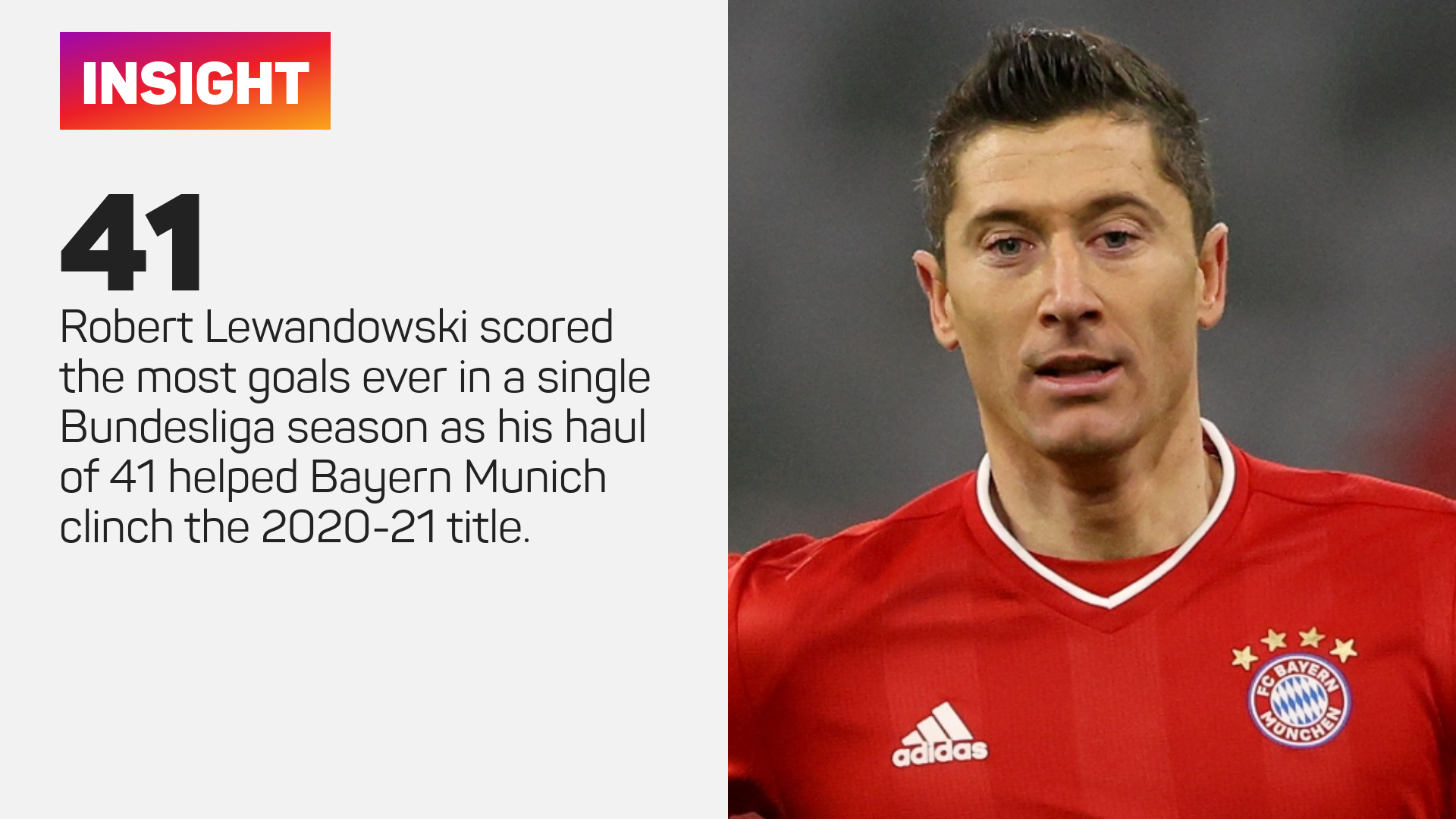 With the signing of Jadon Sancho as good as wrapped up, Man Utd are rumoured to be closing in on a second big-money signing of the window in long-serving Madrid defender Varane.

The Frenchman has spent a decade at the Santiago Bernabeu, but it looks as though both the player and club are ready to cut ties with less than a year to run on his contract.

United are seeking a partner for Harry Maguire and Varane ticks plenty of boxes for what the Red Devils are after, not least in terms of his passing accuracy (89.58) and headed clearances (60) in 31 LaLiga games last term.

That compares to a passing accuracy of 89.82 for Victor Lindelof, 88.26 for Eric Bailly and 87.29 for Maguire in the Premier League last term. Maguire led the way with 86 headed clearances, meanwhile, some way in front of Lindelof's 40 in 29 games.

United have been linked with an array of top talent, though they could have a battle on their hands keeping hold of one of their own star men in Pogba.

Following a couple of years of speculation, the World Cup-winning midfielder is supposedly eager to head home to France with Paris Saint-Germain.

Pogba has undoubtedly struggled for consistency in his second spell with United, but showed exactly what he is capable of in his four appearances for France at Euro 2020.

He scored a stunning goal against Switzerland and set up another against Portugal, while his eight chances created was second only to Antoine Griezmann (10) among France players.

A number of Europe's top clubs are on red alert after Rennes president Nicolas Holveck admitted this week that in-demand midfielder Camavinga may be sold this window if a new contract cannot be agreed.

Camavinga made his debut for boyhood club Rennes in April 2019 and has gone on to make 82 appearances in all competitions, with 67 of those outings coming in Ligue 1.

The 18-year-old leads the way in the French top flight for tackles attempted (226) and tackles won (138) since his debut, followed by Marseille's Valentin Rongier in both categories (194 and 125 respectively).

To further underline exactly why so many teams are keen on the youngster, he was one of only two current teenagers – along with Barcelona's Pedri (1,485) – to complete more than 1,000 passes in Europe's top five leagues last term with 1,418. 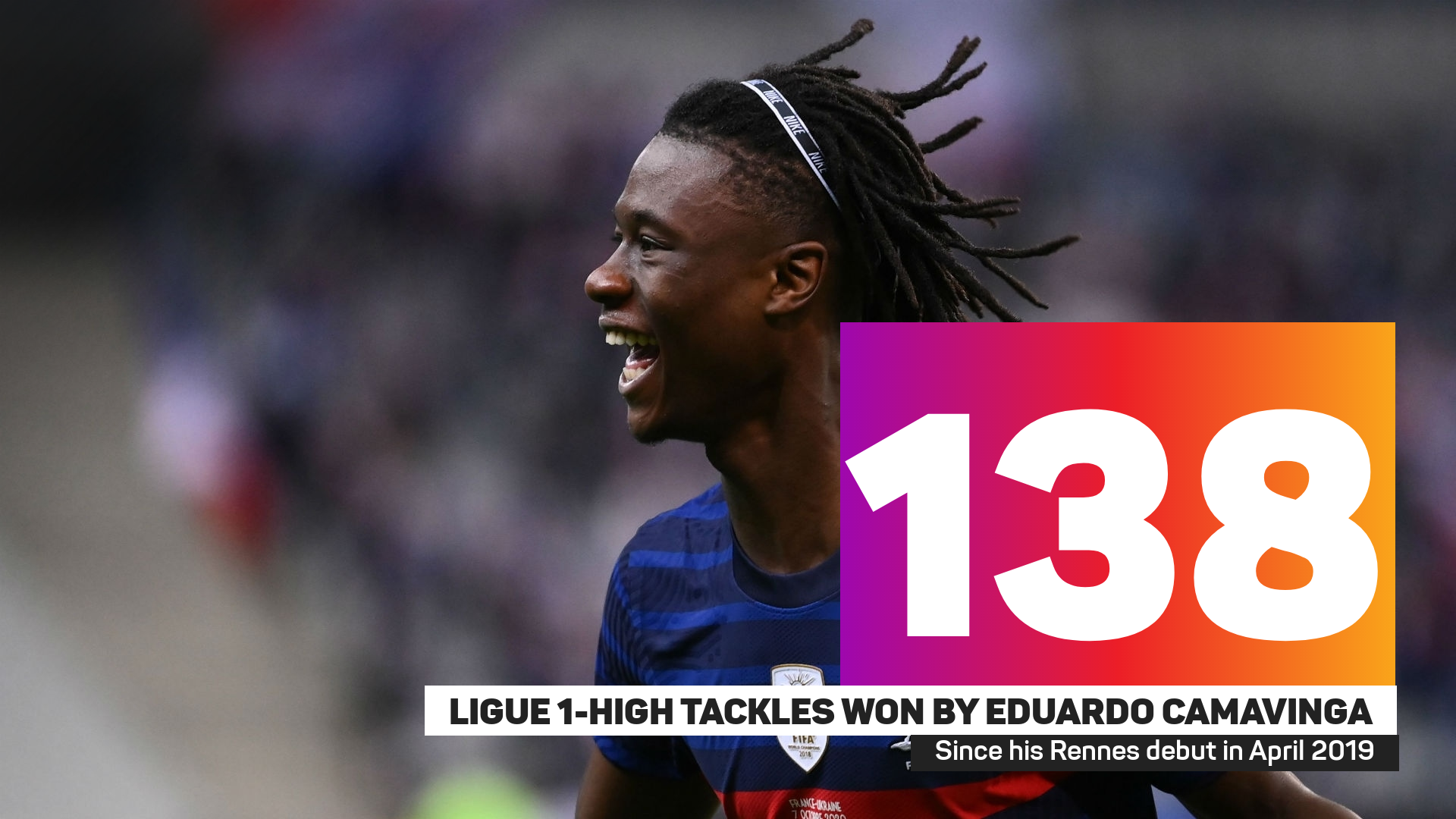 Euro 2020 acted as a shop window for a number of players, and not many of them saw their stock rise in such a way as Italy midfielder Locatelli.

The 23-year-old featured five times for the Azzurri in their successful European Championship campaign, including an appearance from the bench during extra time in the victory over England in the final.

He scored twice in the 3-0 group-stage win over Switzerland and had the second best goals-per-90-minutes ratio of any Italy player (0.66) after Matteo Pessina, who scored twice in four games (0.95).

Locatelli also won more tackles per 90 minutes (2.32) at the Euros than any other Italy player, followed by Marco Verratti (2.02) and Federico Bernardeschi (1.42).

Arsenal have already made a €40million (£35m) bid, but Juventus are considered the favourites to land the Milan youth product.