Louis Saha told Stats Perform that Cristiano Ronaldo's return could aid Manchester United as they look to compete in the Champions League.

Ronaldo has arrived back at Old Trafford, ending a 12-year absence from United after spells with Juventus and Real Madrid, with whom he won the continental competition four times.

Saha was in his final bow with Alex Ferguson's side at the time of Ronaldo's first Champions League triumph, the Portugal forward scoring eight times en route to victory in the 2007-08 campaign.

Returning as a 36-year-old goal poacher, the former Madrid star equalled Iker Casillas' appearance record in Europe against Young Boys in his 177th match, and Saha believes Ronaldo can drive Solskjaer's side to success.

"I think so, yes, I think it [Ronaldo to United] is a game changer," Saha told Stats Perform when asked if United could win the Champions League.

"I do think that the Champions League is the hardest competition. Yes, the Premier League is a marathon and you have five to six clubs who can actually win it.

"But the Champions League in a way that it works when you have groups, you will definitely have to win [against] the bigger clubs or the biggest clubs that's for sure."

Saha, who was speaking after United's 2-1 defeat to Young Boys, is convinced Solskjaer has a squad that is built to achieve at the highest level.

"We have seen it with Chelsea, I don't think they had a great squad but it's about the team and about the team spirit and how you want to win it more than others.

"So that's the formula, game by game this team can improve and definitely challenge for the victory [Champions League trophy]." 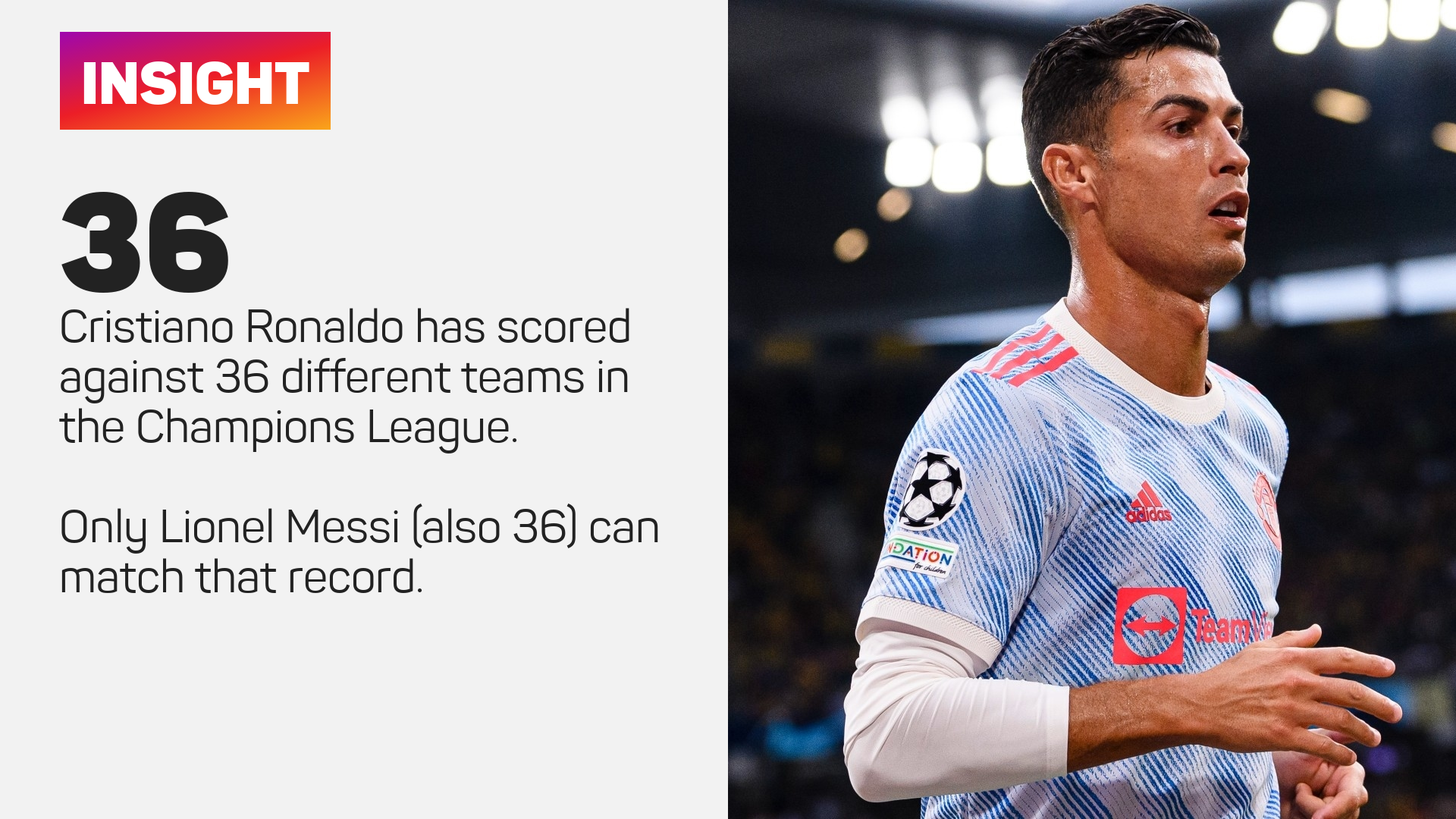 Despite surrendering a one-goal lead against Young Boys on Tuesday, Ronaldo created another record with his opener – the longest gap between goals for the same club in the competition's history (12 years and 132 days).

The Swiss side also became the 36th different club the forward has scored against as he extended his goal count to 135 goals in 177 games, 15 ahead of second-placed Lionel Messi in the all-time scoring list.

With Ronaldo leading the line, Saha envisages continuous success for United for three reasons as they look to challenge domestically and in Europe.

"The first one is because the guy is very obsessed in front of the goal," he said.

"It will bring this kind of like obsession and demanding from his players around. The second one is his stats, he is a player who's going to score goals for fun.

"He's already on three goals in two games. Let's say that it's a guarantee. If he plays you will have 25 to 30 goals, maybe not in the Premier League, but combined it's almost kind of a guarantee.

"At the same time the actual impact mentally on other teams. You go there and you have [Raphael] Varane, [Jadon] Sancho, Cristiano Ronaldo, combined with the already very talented squad.

"I think he gives a different aura to the squad, it does bring definitely United forward in those aspects so it's a huge change for the title [race]. [They are] definitely up there with Liverpool, Manchester City and Chelsea I would say."

World number one Novak Djokovic will not be able to play in the Australian Open unless he has had two COVID-19 vaccination shots.

Marcos Llorente has played in all 11 of Atletico Madrid's matches this season but may miss Sunday's clash with LaLiga leaders Real Sociedad.